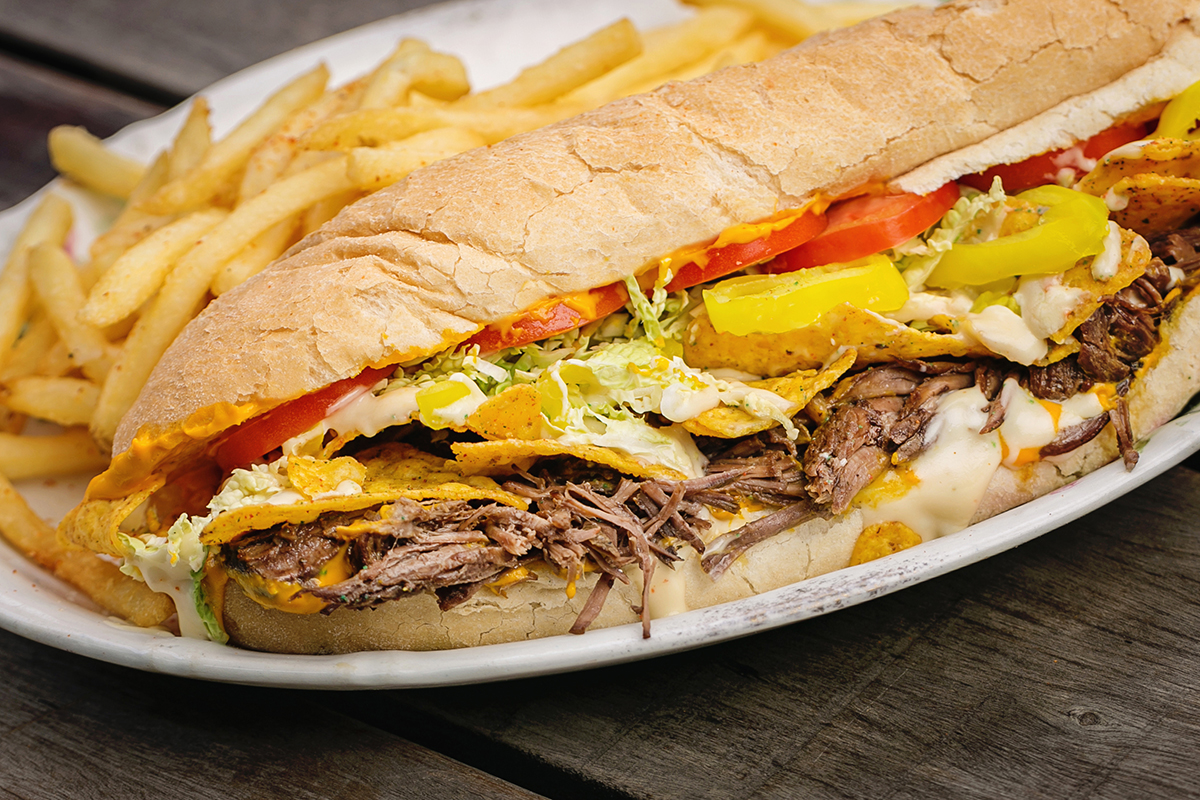 A well-known Houston chef who’s been bereft of his own kitchen for over four years is making a big comeback — this time, with his own patio bar. Graham Laborde is reuniting with his former boss, Benjy Mason, to open new patio bar Winnie’s in the former Natachee’s Supper ‘n’ Punch space at 3622 Main in midtown Houston. Mason currently owns Johnny’s Gold Brick, a very popular, laid back cocktail bar in the Heights. Another Bernadine’s alum, Chris Roy, is also partnering on the project. Most recently, he worked as a Director of Operations and chef for Ronnie Killen’s restaurant group. Winnie’s is expected to open this fall.

When Treadsack Group opened Bernadine’s in 2016 with Laborde helming the kitchen, it created quite a stir. One of three highly anticipated new restaurants from the ambitious local restaurant and bar group (the others being Hunky Dory and Foreign Correspondents), Bernadine’s had hardly opened before earning great reviews and cropping up on best new restaurant lists from top writers all over Houston. It’s lifespan was sadly abbreviated as Treadsack Group started showing severe signs of financial overextension. However, the best legacy of Bernardine’s is that it gave Laborde a chance to demonstrate his talent and a creativity driven by earnest memories of home and family.  In 2017, he was the last “name” chef to leave Treadsack Group as all three restaurants started to shutter. He took a role as operations chef — like Roy, also for Killen.

According to a press release, the owners of Natachee’s approached the team last year during the pandemic, which forced down business for restaurants and bars that couldn’t easily pivot to to-go service. The trio of Laborde, Mason and Roy had already been hosting their Peacemaker Po’ Boys pop-ups there. Laborde says he saw buying out Natachee’s as a perfect opportunity. “We knew we wanted to do something fun and unique,” said Graham, “The pandemic hit the reset button for a lot of us. The silver lining of that is that we have this unique opportunity to build something we’ve always wanted to.”

Winnie’s is named for the street Winbern, which is reputedly named for the daughters of the neighborhood developer: Winifred and Bernadette. The building that once housed Natachee’s was formerly a drug store. A press release sites “exposed wood ceilings, a lovingly rebuilt period storefront, and two huge new bay windows” as some of the prime features.  Local builder Jarred Pruitt of Pruitt Structures is overseeing the refresh of the space, which includes a new bar top and back bar that Houston sculptor Patrick Renner is crafting from reclaimed wood.

The owners aim for Winnie’s to be a comfortable, cocktail-driven hangout, with casual food options such as upscale sandwiches and oysters, both raw and roasted. The sandwiches include not only the return of the Shrimp and Oyster Peace Maker Po’ Boy from the pop-ups, but creative creations such as Mississippi Beef Debris with beef braised in roasted carrot-ranch dressing, pepperoncinis, beer queso and cool ranch Doritos for some crunch. Winnie’s will serve a consistent menu for lunch, dinner and late night, as well as offer pick up and delivery through third-party services.

Garrett Lendermann of Johnny’s Gold Brick is creating a cocktail list that includes classics, frozen drinks, and cocktails on tap. A few of the creative libations include a cafe sua da twist frozen Irish Coffee inspired by the Erin Rose in New Orleans, and a Ranch Water-meets-White Claw riff that employs tequila and grapefruit. Day drinkers might be thrilled to hear that all house cocktails will be a mere $5 until 5 p.m daily.

That’s akin to the Golden Hour specials at Johnny’s from 5 to 7 p.m., when drinks (many of which are only $8 all day) are only $6. According to Mason, that won’t be the only similarity between Winnie’s and his successful Heights establishment. “We see this bar as following in Johnny’s footsteps and being a neighborhood gathering spot for all the people who live nearby, and we really wanted to take advantage of the amazing patio for people who want to get a drink and a snack in the afternoon,” he said.