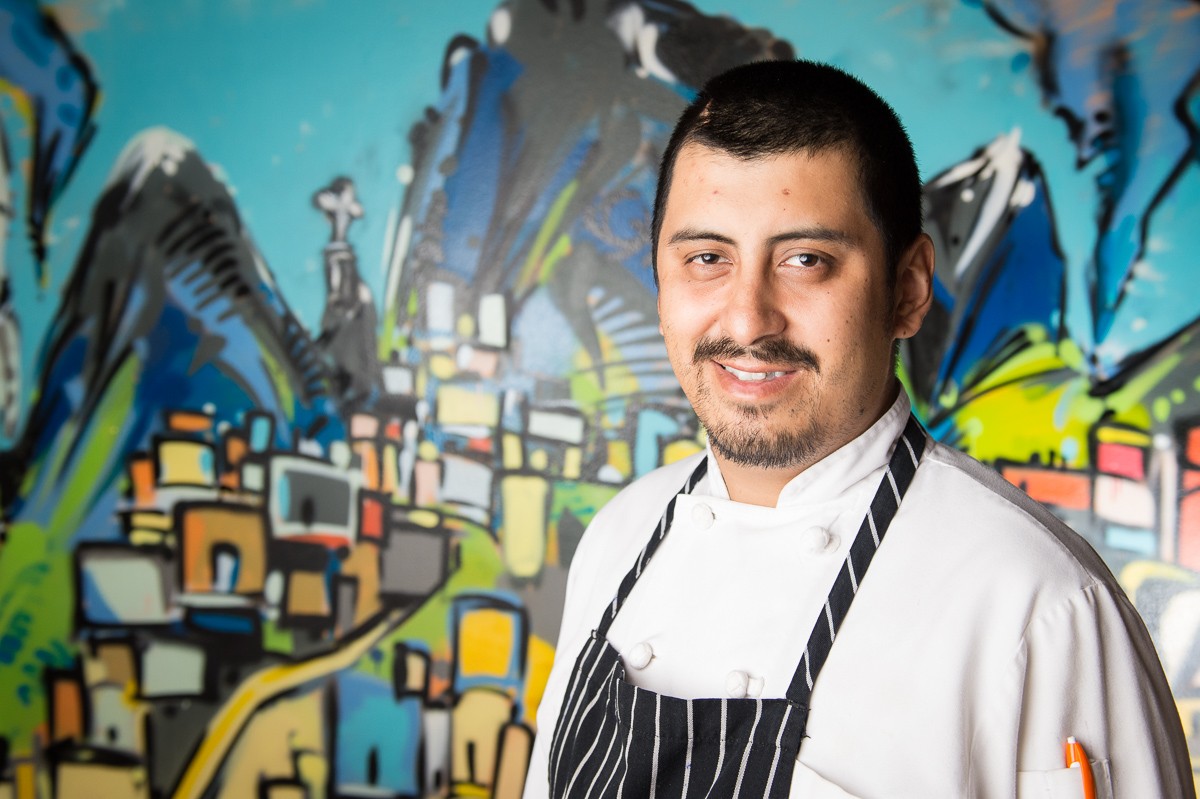 Houstonians first got to know chef David Guerrero’s cuisine back in 2011, when he was promoted from sous chef to executive chef at Samba Grille, owned by Nathan Ketcham. Even back then, Guerrero’s road to professional success was harder than most, having been diagnosed with a brain tumor a year earlier. That health battle persisted for years. In 2015, the tumor returned and he again underwent surgery and chemotherapy. After Samba Grille closed, Guerrero opened short-lived Alma Cebiche + Bar on the west side, and then finally opened what would end up being a much more enduring eatery: Andes Cafe at 2311 Canal, east of downtown. Now, after six years, Guerrero is having to close it.

“I’m losing the lease and [the owner] sold the property. We’d already lost our parking lot,” he told us. The last day of service is Sunday, January 5 — but fortunately, Guerrero should be going on to bigger and better things.

Andes Cafe served the cuisine of seven countries that traversed the namesake mountain range: Guerrero’s native Ecuador, Peru, Argentina, Venezuela, Colombia, Bolivia and Chile. Located in a space that didn’t face the street in an unremarkable building, Andes Cafe predated a rush of new restaurants opening in EaDo by about four years. Its predecessors include the likes of The Original Ninfa’s On Navigation and Doña Maria. Those that followed Andes Cafe include Indianola and Nancy’s Hustle.

Part of what helped Andes Cafe endure was the reputation that Guerrero established while at Samba Grille. Andes Cafe was pretty much a permanent fixture on Alison Cook’s Top 100 Restaurants list, including the most recent in 2019. The year before, she praised the “Camarones Encocada of shrimp in coconut milk sauce with sweet plantains and sharp curtido; Tiradito la Victoria with sesame oil and pecans [and] brunch-time cachapas, the Venezuelan sweet-corn pancake filled with melted white cheese.”

Those were just a few representative dishes from a fiercely traditional menu that even served cuy on occasion — that is, guinea pig. In South America, these are large and just as edible as rabbits. They also taste better than you might think.

The good news is that, as first reported in the Houston Chronicle, Guerrero is starting again in a more upscale space in Highland Village. He is taking over what used to be Drexel House at 3974 Westheimer in Highland Village. It’s a space that he has a bit of history with; before opening Andes Cafe, he was briefly a chef consultant for Drexel House after being recommended by chef Charles Clark of Clark Cooper Concepts for the gig.

Similarly named to his old west Houston endeavor, Alma will have features that Guerrero wasn’t able to provide at Andes Cafe, which was admittedly utilitarian. According to the Chronicle article, those include a full bar, four- and six-course tasting menus and “a raw bar with oysters and tiradito (Peruvian raw fish dishes), ceviche, and whole fish and ribeye steaks cooked in a wood-fired oven.”

Hopefully, it won’t be long until diners are once again enjoying Guerrero’s refined renditions of the Latin American cuisine that he loves.