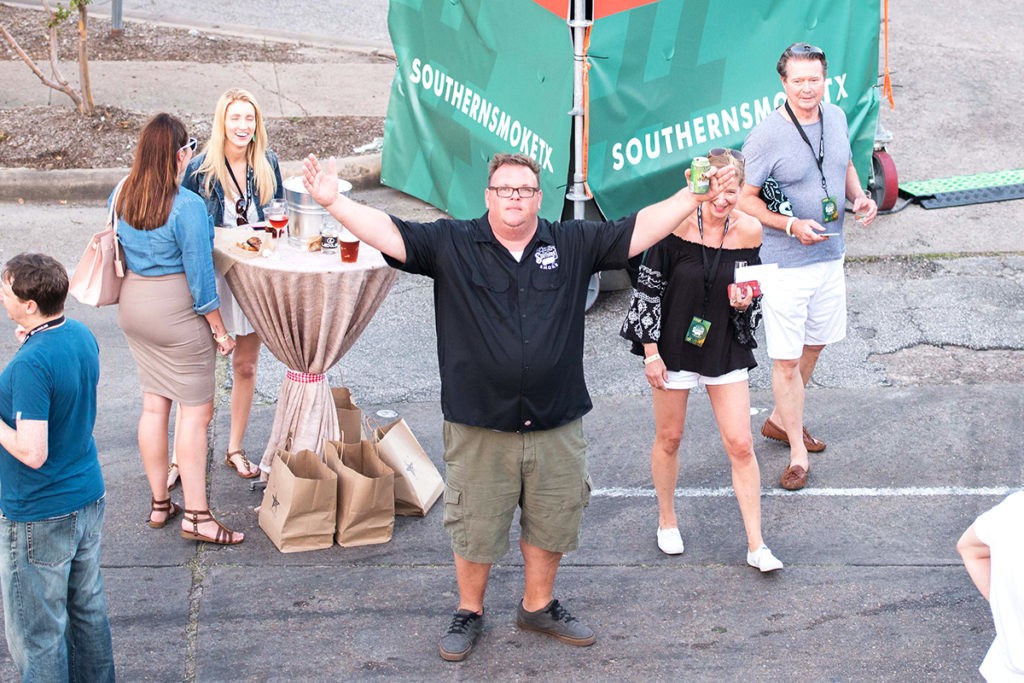 Over the past two years, the Southern Smoke fundraiser organized by the HOUBBQ Collective (Chris Shepherd of Underbelly, Ryan Pera of Coltivare, Justin Yu of Better Luck Tomorrow and The Pass & Provision’s Seth Siegel-Gardner and Terrence Gallivan) has raised almost half a million dollars for the Multiple Sclerosis Society.

However, in the wake of Hurricane Harvey, this year the event will benefit Houston’s own restaurant and bar community. Flooding shut down many of these businesses for days—right when the rent was due, no less. In addition, most employees are paid by the hour, and not working means no income.

Tickets for Southern Smoke are on sale now. Donations can also be sent with via cell phone. Text SouthernSmoke4Harvey to 243725 to donate.

According to Shepherd’s business partner, Kevin Floyd of The Hay Merchant, the magnitude of Hurricane Harvey’s impact hit home when they struggled to reopen their own businesses, which include One Fifth and Underbelly. Employees, trapped by floodwaters, could not get to work. While waiting to get up and running again, Shepherd provided meals to firehouses and hospitals. Once enough employees could make it to work, they joined forces to get one business out of the three reopened. “We had to pay payroll. We had to pay rent and all that other stuff,” said Floyd. “We were really fortunate in that we have three businesses, so we were able to draw staff from Underbelly and One Fifth just to open The Hay Merchant.”

It’s not a stretch for Southern Smoke to help Houston’s restaurant and bar professionals—one of them was the original inspiration. The fundraiser started after Houston sommelier Antonio Gianola—who worked for Shepherd at long-closed Catalan—was diagnosed with multiple sclerosis.

In addition, Blacksmith and Hay Merchant will offer indoor lounges for VIP ticket holders, serving premium wines (Miner, Failla and Krug announced so far) and cocktails from Knob Creek. This is the first year that liquor will be served, since The Hay Merchant and Underbelly now have the appropriate licenses.

The fundraising goal for Southern Smoke this year is $500,000. That number sounds staggering, but past history indicates that it may be achievable. “Last year, we raised $280,000,” says Floyd. “The year before that we raised over $180,000. We made a $100,000 jump from year one to year two. I think it’s completely possible based on what the event can handle that we can do a million, but I don’t know if we’re going to see that level of ticket sales.”

According to Floyd, in order to distribute funds to individuals, non-profit organization Southern Smoke needed to partner with another organization that had the right kind of 501(c)3. (Southern Smoke’s 501(c)3 allows it to make payments to other non-profits, but not to individuals.) Neighboring Montrose charity Legacy Community Health has agreed to handle that part of the work. As of this writing, the grant application is currently under review. Details on how to apply will be revealed soon.

All applications will be processed by verification volunteers before being forwarded to a separate award committee. (The award committee will not, however, receive personally identifiable information.)  The Awards Committee vote for who will receive grants, which will be awarded in $1000 increments. No recipient will get more than $10,000.00 and all funds granted are subject to taxes. Anyone who had flood insurance between August 25 and 29 is not eligible. The deadline to apply is October 23, 2017.