Wild Oats and Underbelly Burger are Coming to Spring Branch 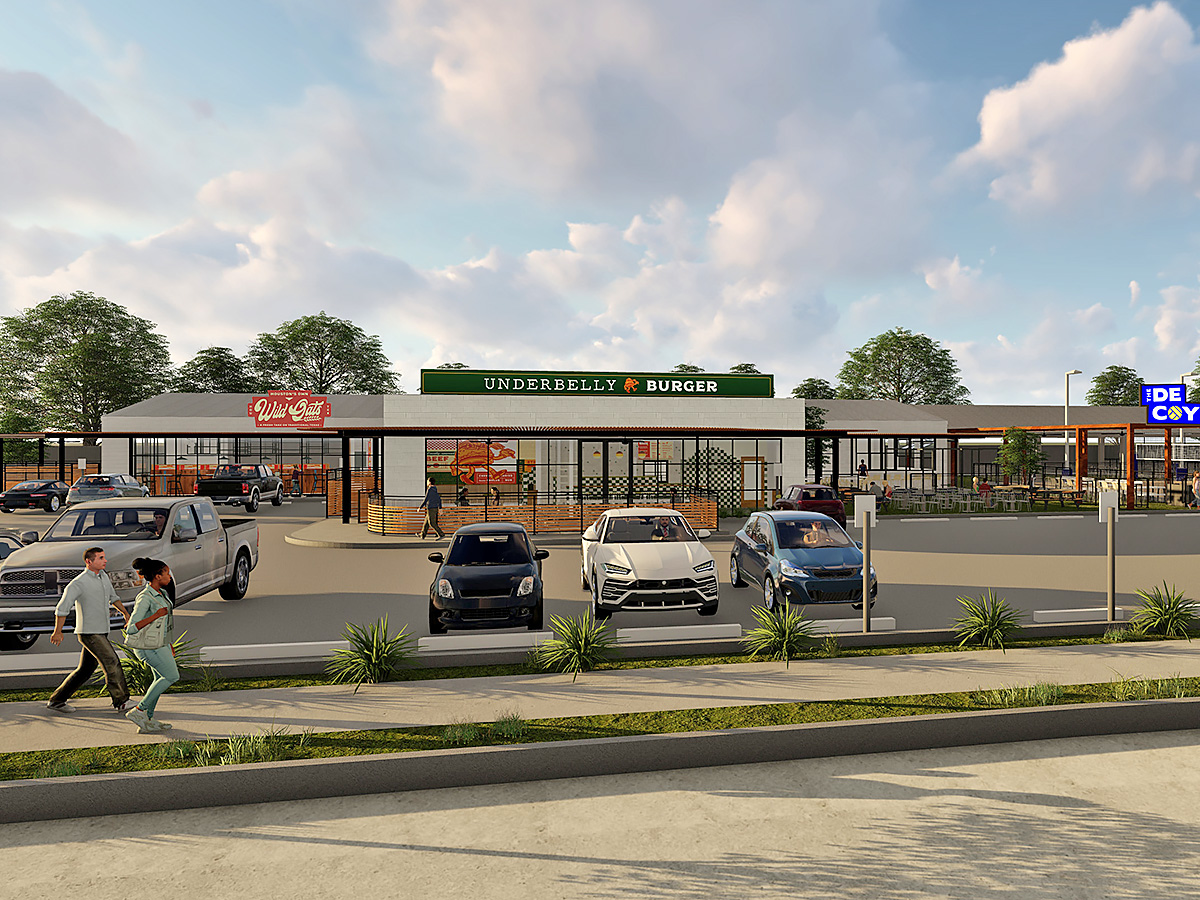 A rendering of the future Wild Oats and Underbelly Burger in Spring Branch. Image by Norton Creative.

Give thanks for local food journalism articles like this one for only $25, and we’ll send you a gift! Click here for details. Business owners who would like to advertise can email us. Houston Food Finder is proud to be partially reader supported.

Underbelly Hospitality is planning second locations of two of its restaurants. Wild Oats, which serves modern takes on Texas cuisine, and fast-casual Underbelly Burger — both currently at the Houston Farmers Market — are slated for new locations at 1222 Witte in Spring Branch. Both are expected to open in mid-2023.

Chris Davies is currently chef of Wild Oats. Chef Nick Fine, who developed the concept and oversaw the opening in February, left his day-to-day role as culinary director at the end of October, but remains a partner and is still overseeing the menu. However, Davies is slated as chef for forthcoming Italian red sauce restaurant Pastore, across from steakhouse Georgia James at the Regent Square development at 1203 Dunlavy. A permanent chef for Wild Oats has not yet been announced.

The buildings that will house Wild Oats and Underbelly Burger are being designed by Norton Creative, past clients of which include Drift Bar, Leibman’s and Buffalo Wild Wings. Both restaurants will be all-new construction on a lot that was formerly home to an auto repair shop. Including the private dining room and patio, the space will be 4,563 square feet and accommodate up to 184 guests. As is the case with the original Wild Oats, a Texas-nostalgia theme will inform the decor.

As it is at the Houston Farmers Market, Underbelly Burger will be next door in a more modest space, spanning only 1,310 square feet and seating up to 12. However, an adjacent patio and yard expands seating to 42 and 56 additional guests, respectively. Also like the original, Underbelly Burger in Spring Branch will have a walk-up window for to-go orders — convenient for neighbors and those enjoying the new hike-and-bike trail.

“Wild Oats and Underbelly Burger are our most family-friendly concepts, and it felt very natural to want to introduce those brands to the Spring Branch community,” said Nina Quincy, director of operations for Underbelly Hospitality via a press release. “The second locations for Wild Oats and Underbelly Burger will be elevated and expanded spaces from their predecessors, featuring the flavors and techniques that both are known for.”