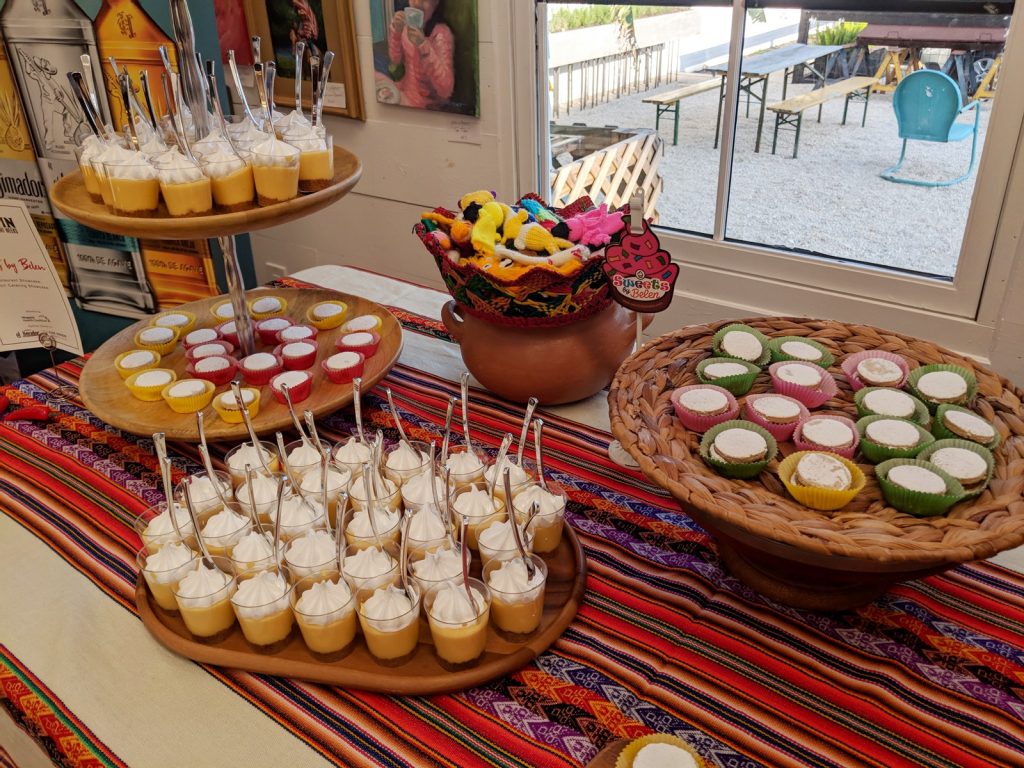 Peruvian desserts from Sweets By Belen. Photo by Carlos Brandon.

According to co-founder Karinn Chavarria, a portion of the participating restaurants’ registration fees will be donated to the Hispanic Health Coalition (HHC) for their annual ¡Vive tu Vida! Get Up! Get Moving! health fair. Chavarria told ABC13 her company plans to “provide a workshop during [HCC’s] health fair to educate the underserved community and provide them with tangible tools to lead a healthier life through sustenance.”

Over 25 restaurants are expected to participate including Alicia’s Mexican Grille, Gauchos Do Sul, Los Cucos, Mucho Mexico, Sofrito Houston and Sweets By Belen. Each one will feature prix-fixe menus ranging from $15 to $25 per person for lunch and from $30 to $50 per person for dinner. At a recent media preview, Houston Food Finder was invited to sample selections from participating restaurants, including a refreshing and inspired ceviche from Sofrito Houston that features a coconut milk-based gazpacho and cilantro puree.

Like the restaurant-focused promotion, the affiliated events will spotlight and celebrate Latino business owners. The La Mesa business panel will feature moderated talks by industry experts on restaurant operations, marketing, capital management and more. The ¡Sabor! catering showcases will feature over 25 Latino caterers, live music and a bartending competition, while La Sorpresa hopes to add a layer of intrigue with its secret location and undisclosed list of participating chefs.

Organizers are also partnering with the Houston Dynamo, so watch for surprise appearances by players at participating restaurants.

Interested diners can learn more about Latin Restaurant Weeks, its founders, participants and the Hispanic Health Coalition by visiting their website. These prix-fixe menus will only be available from June 2 until June 16, so start planning your itinerary now to make the most of this unique two-week initiative.

Buy caviar and gourmet food online in Houston, Texas at DR Delicacy. We are a leading supplier of caviar, foie gras, truffles and truffle products, salmon, mushrooms, seafood, and Meat.
2    View on Facebook

Houston Food Finder updated their status.22 hours ago
When this happens, it's usually because the owner only shared it with a small group of people, changed who can see it or it's been deleted.
1    View on Facebook