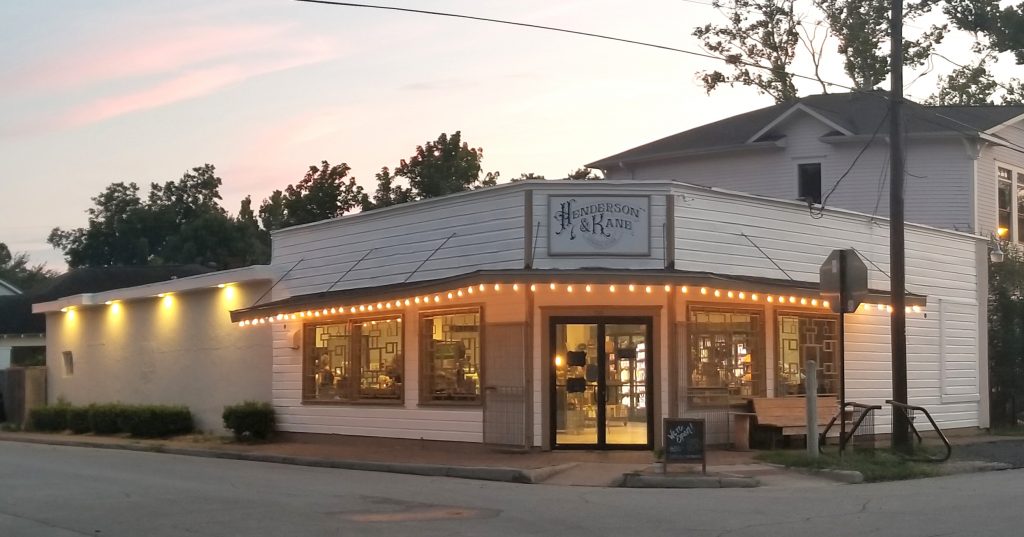 This Saturday, July 13th, from 4 to 10 p.m., the owners of Henderson & Kane, at 715 Henderson, invite customers to celebrate their one year anniversary. In July 2018, chef John Avila and his wife Veronica, proprietors of Downtown’s underground barbecue destination El Burro & the Bull, expanded their entrepreneurial ambitions by opening their own version of a neighborhood bodega in Houston’s historic Sixth Ward.

Inspired by John’s love of bodegas, which he acquired while manning the pits at Brooklyn’s Morgan’s Barbecue, Henderson & Kane brings the charm and spirit of those mom-and-pop New York grocers to the streets of Houston. What started as a humble corner shop selling basic produce and the Avila’s own smoked meats has evolved into a craft grocer selling goods from over 50 local brands and vendors. Selling Nando’s local honey, 44 Farms steaks, Chilesquiles salsa, farm-fresh bacon and eggs from Three Sisters Farms, and more, this sleepy Texan bodega is now one of the city’s most underrated destinations for fine, locally-sourced groceries.

Most recently, the Avilas and the shop’s culinary director Jesse Gallegos welcomed Houston’s own Sweet Cup Gelato & Sorbet to the store’s growing roster. We were told the two companies are currently collaborating on a new gelato flavor that incorporates the shop’s tangy tamarind barbecue sauce.

Located on its namesake corner of Henderson & Kane streets, the store will celebrate starting at 4 p.m. with a full barbecue menu, door prizes, ice cold growlers and wine tastings. A few of the brands the shops sells, such as Houston Cider Company, Great Heights Brewing and 11 Below, will be onsite as well.

“Quality and community are important to the families that shop with us,” says co-owner Veronica Avila. “We can best accomplish that through nurturing relationships with our customers, our growers and our makers.”