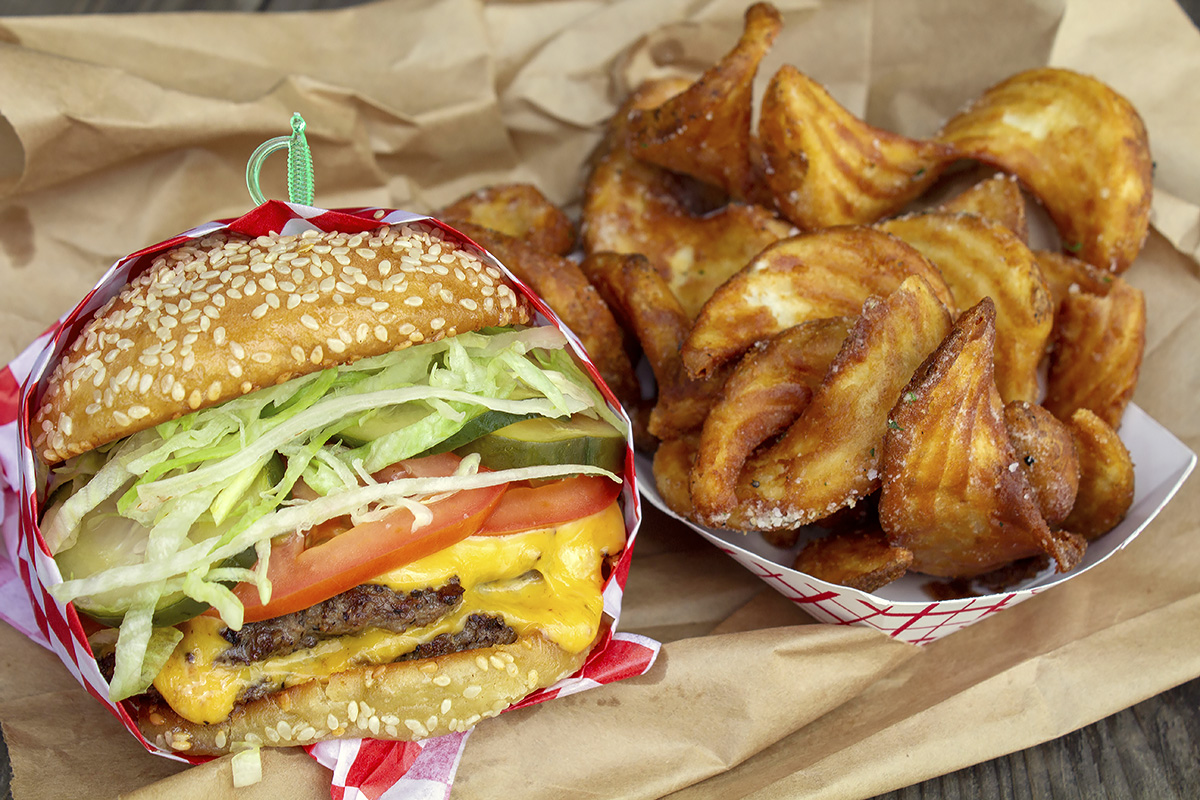 The burger and Sidewinder Fries being served at forthcoming Underbelly Burger at Houston Farmers Market. Photo by Taylor Hall.

Underbelly Hospitality, co-owned by James Beard Award-winning chef Chris Shepherd, is adding another restaurant to its plans this year. Underbelly Burger is opening next door to Wild Oats at the Houston Farmers Market, located at 2520 Airline. (The latter will be helmed by chef Nick Fine.) Both restaurants are expected to debut this summer.

Underbelly Hospitality has several new establishments in the works. In addition to Wild Oats and Underbelly Burger, the company is also working on a downtown tavern in the former Coterie spot — sort of a casual version of Georgia James — and a restaurant focused on cooking over fire at the Regent Square development in Montrose.

While Underbelly Burger will only have 12 seats, when it is full, visitors to the farmers market will also be able to order from a walk-up window and enjoy their burger feasts at any of the outdoor tables.

As is the case at all of the Underbelly Hospitality restaurants, which includes Georgia James and UB Preserv in Montrose, Underbelly Burger will serve Texas beef. Along with long-time supplier 44 Farms, the burger joint will also source meat from RC Ranch, which has a butcher shop next door.

Montrose beer bar The Hay Merchant has long been regarded as having a top-notch burger — the Cease and Desist — so Underbelly Burger’s version is simply upgrading it, with double meat, double cheese and lettuce, pickles and tomato on a potato bun. While that’s the centerpiece of the small menu, patrons can also get a hot dog featuring Chris Shepherd’s bacon sausage (which recently hit H-E-B store shelves), chicken sandwiches and limited-time seasonal burgers. Alternatively, customers can get the bacon sausage on a burger.

Of course burgers without fries is a culinary crime, so Underbelly Burger is serving Sidewinder Fries, described as “soft in the center and crispy around the edges.” Patrons can triple their fun and add one of pastry chef Victoria Dearmond’s milkshakes to their meal. There will also be a conservative list of wine and beer for the grown-ups.

The Underbelly Burger website is still a work in progress, but in the meantime, the curious can keep up with new developments via Instagram.

Houston Food Finder19 hours ago
ICYMI: Rosalie Italian Soul is once again open, with a new executive chef at the helm. Phaedra Cook brings us the details below.
#houstonitalianfood #houstonfood #houstonchef