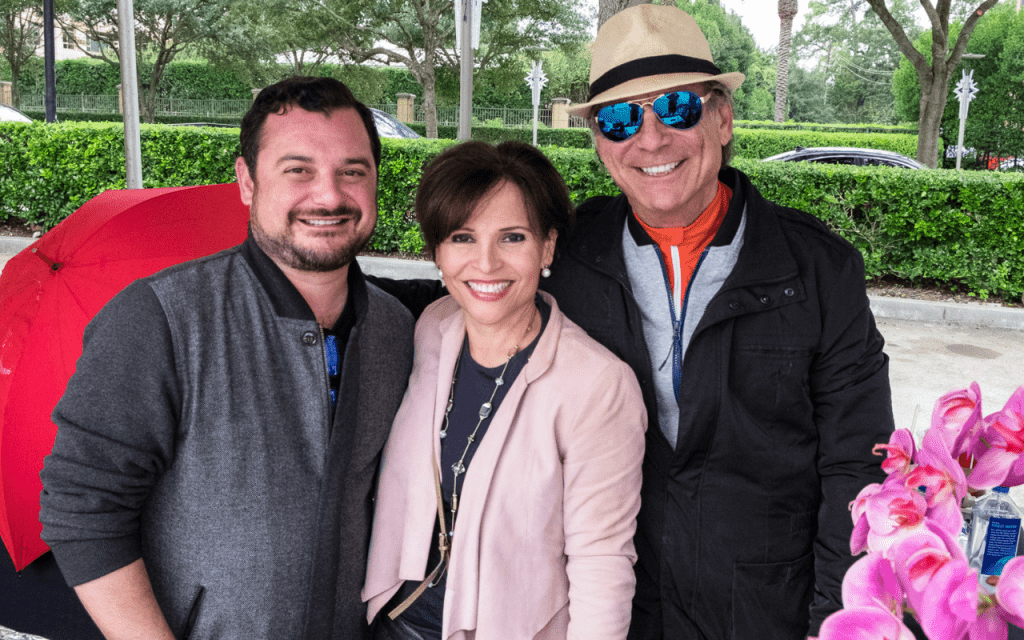 “Hospitality” and “hospital” may sound similar, but one is fun and the other is terrible. Unfortunately,  three of Houston’s most dedicated women of hospitality are facing both due to recent cancer diagnoses. Lucia Cordúa (wife of restaurateur Michael Cordúa, mother of chef David Cordúa and a strong presence in all of their business endeavors) is fighting breast cancer. In Houston’s bar and music world, Stacy Hartoon, also known as “Punk Rock Stacy,” the general manager at Rudyard’s, is battling brain cancer. While these two women’s lives and careers have been very different, each has had an undeniable impact in shaping Houston’s food and beverage industry.

Update, 1/22/19, 3:56 p.m.: We are sad to report that Hartoon did not survive. She died at the young age of 42 on January 18. Those who are interested in the funeral and memorial plans can learn more about those online.

Chef Monica Pope of Sparrow Cookshop was also diagnosed with breast cancer and started a GoFundMe about two months ago to help with medical and living expenses. That fundraiser is still active. Pope was one of the very first leaders in Houston’s farm-to-table movement and well-known among diners thanks to her restaurants Boulevard Bistro, the original Beaver’s and T’afia.

As is often true, Houston’s restaurant and beverage is trying to help both women through fundraisers intended to lessen the emotional and financial burdens of treatment. There are GoFundMe campaigns in place for both Lucia Cordúa and for Stacy Hartoon. (Click on those respective links to learn more and to donate.)

Outside of her connections to hospitality, Cordúa is the mother of four, a licensed acupuncturist and a specialist in Oriental medicine. Her pending cancer treatment has required her to reduce her workload in order to focus on her health. Campaign organizer and long-time friend Chip Rankin of 365 Houston organized the GoFundMe campaign for her and wrote, “Lucia, her chef husband Michael Cordúa, and their chef son David Cordúa (and Michael’s business partner) were some of the very first people to make me feel like Houston was my home and that I belonged here. Their embracing hospitality was genuine, but it’s far from unique to me. They have been doing that in Houston for more than 30 years, deflecting and humbly acknowledging accolades, while continuing to serve, give back to, and help enhance our city. While Michael and David generally get the spotlight, people who know the family understand that it’s Lucia’s fire, kindness, warm heart, and open mind that are at the core of their family’s values, organizations, and actions.”

Hartoon has a long history with Houston’s nightlife at Rudyard’s, working her way up to her current position of general manager. She is a fixture of the business and the culture, shaping the experience for both performers and guests. “Stacy started working here at the turn of the century. Starting out as a bar back, she quickly moved into bartending and managing,” says Rudyard’s owner Lelia Rogers. “Punkrockstacy has been in known throughout the Montrose as the booking manager for performances at Rudyard’s since 2014 and recently becoming the General Manager. She’s been the best person to work with and depend on in a tight spot.  I love her and count her as my friend.” Bar patrons may have also first met Hartoon at Poison Girl in Montrose or Little Dipper in downtown Houston.

In addition to the online campaign, there is a three-day music benefit at Rudyard’s beginning January 11. The event runs through January 13 and includes a vast lineup of musicians and bands that Hartoon has worked with over the years at Rudyard’s. There are 15 bands, including some of Houston’s most-loved rock groups The Beaumonts, Hell’s Engine, and Only Beast. Performances start at 8 p.m. on Friday, 8 p.m. on Saturday and 5 p.m. on Sunday. Cost is “pay what you can” but the venue suggests a $10 donation per night. For more information visit the event’s Facebook page.

Both women have gone above and beyond to support their industry and provide for Houstonians over years through dedicated service. These fundraisers offer a chance for friends, family, followers and fans to return some of their gracious hospitality.