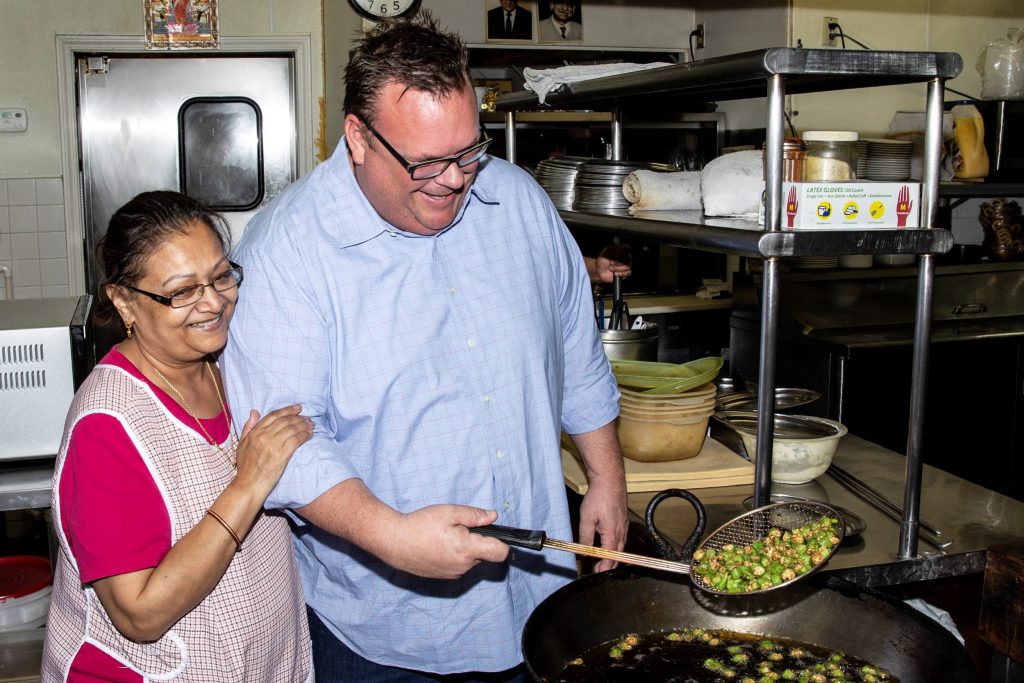 Houston celebrity chef Chris Shepherd seems to be everywhere these days: television, charity events and opening restaurants like he’s playing Monopoly. The Underbelly Hospitality founder will soon add “author” to his list of career achievements. His new cookbook, Cook Like a Local, is being released on September 3, 2019.

Written with former Food & Wine writer Kaitlyn Golen — who Shepherd says became “family” during the process of exploring his ideas and interpreting them for written form — the book explores a variety of Asian flavors and techniques that represent much of Houston’s culinary identity and have inspired and shaped Shepherd’s own palate.

Similarly to the menus of some of his restaurants, Cook Like a Local is an expression of Shepherd’s deep love and appreciation for Vietnamese, Korean, Japanese and Indian food: a love he discovered in Houston after growing up in Oklahoma with little to no exposure to such cuisines. His shuttered staple concept Underbelly (replaced by steakhouse Georgia James) was famous for paying tribute to the working-class cooks and restaurants of Houston’s International District — people and places that helped shape Shepherd’s menus and now inspire the pages of his book.

“In this book I wanted to explore what it means to cook local food,” says Shepherd. “To me, cooking local is more than just using local ingredients. It’s also about getting to know the people of a place. I’m inspired every day by the people—and the products—in Houston and I highlighted people in my book that who helped me learn about the diverse cultures and cuisines that exist here.”

While its pages are full of beautiful photography by Julie Soefer, Shepherd insists the book is not meant to sit on coffee tables. Instead, he says, “I want this book to be messy.” The recipes within are promised to be replicable by home cooks and aimed at expanding the readers’ palates, cultural horizons and understanding of the many cuisines that shape Houston’s food scene.

Shepherd is sharing one such recipe below, Masala Chicken Wings, as a preview of the dishes readers can expect to find within the book’s 288 pages. A photo of the wings is also on the cover.

Ultimately, Shepherd hopes that the cookbook encourages readers to go forth on their own culinary journeys. “Houston may be the most diverse city in the nation, but it’s not unique. Every community has a diverse population to learn from,” Shepherd said. “Break bread from someone who has a different background than you do. There’s no better way to learn about someone than by dining with them.”

Cook like a Local is available now for pre-order on Amazon and other online book sellers. The book will officially release on September 3rd. For more information visit the Underbelly Hospitality website.

In a resealable plastic bag, add the masala (see recipe below), coriander, cumin, cayenne, paprika, yogurt and salt. Seal the bag and shake/squeeze until everything is nicely combined. Add the chicken wings, seal, and shake again to coat thoroughly. Refrigerate for 4 hours or up to 10.

Prepare a very hot grill, creating zones for direct and indirect heat. If you’re using charcoal, you can do this by banking all of the coals to one side. On a gas grill, only use the burners on one side, at full blast. Pull the chicken wings out of the marinade, letting the excess drip off. Place the wings over direct heat on the grates and grill, turning occasionally, until the wings are charred on all sides—about 8 minutes. Move the wings to the indirect heat zone and let roast until the chicken is cooked through, about 15 minutes. Meanwhile, add the peppers to the direct heat zone and char until softened.

Cut the peppers in half and serve them mixed in with the wings on a large platter, with the raita (recipe below) on the side for dipping.

In a medium bowl, whisk together the yogurt, mint, cilantro and lime juice. Using the large holes of box grater, grate the cucumber. Place the grated cucumber in the center of a clean kitchen towel, bring the corners together and twist (like you’re wringing out water) to squeeze out the excess liquid. Mix the cucumber into the yogurt mixture. Season to taste with salt and pepper, and refrigerate until ready to use.

Combine all the ingredients in a food processor and process until smooth. The masala will keep in an airtight container in the refrigerator for up to 5 days.