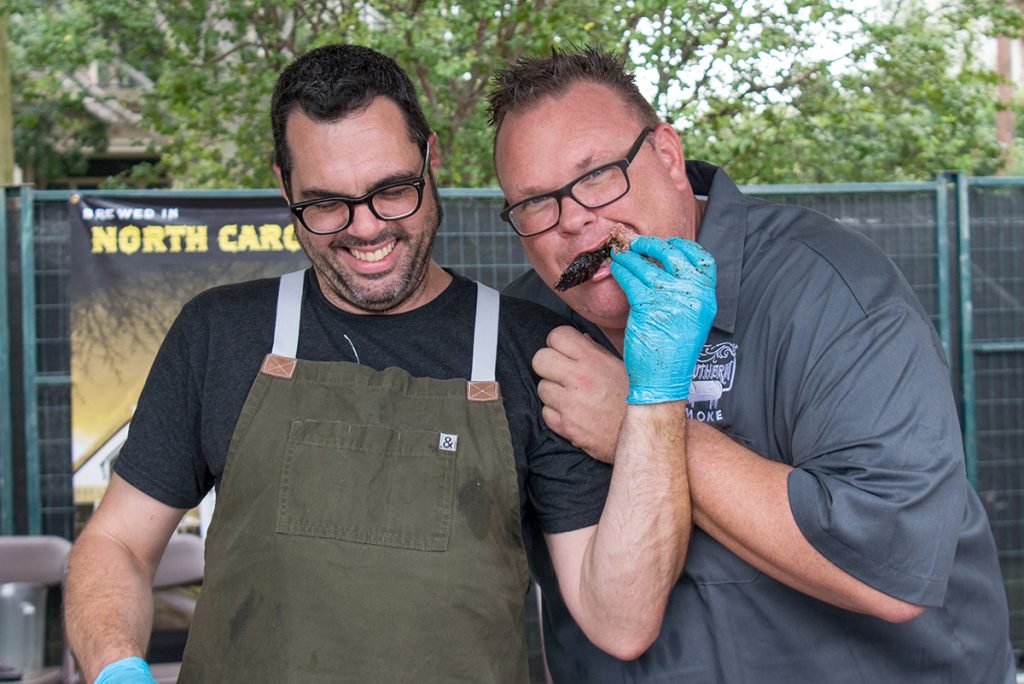 On Sunday, October 6, the 5th Annual Southern Smoke Foundation Festival arrives on lower Westheimer, encompassing the grounds of Georgia James, Blacksmith and Legacy Community Health Center. The festival was started in 2015 to raise money for the National Multiple Sclerosis Society in honor of well-respected sommelier, Antonio Gianola, who is one of the over 400,000 Americans living with the disease. Since its founding by chef Chris Shepherd, the Southern Smoke Foundation has raised over $1.3 million for the Southern Smoke Emergency Relief Fund, and the National MS Society.

In 2017, Shepherd changed the focus of the fund to address the critical need to assist people in the food and beverage industry who suffered losses due to Hurricane Harvey. With organizers recognizing the ongoing need for an industry assistance fund (many hospitality employees have no medical insurance, for example), the proceeds of the 2019 Southern Smoke Festival is benefitting both the Southern Smoke Emergency Relief Fund and the National MS Society.

Every year, the festival features a plethora of celebrity chefs not only from the Houston area but around the country. The list of featured guests reads like a who’s who of James Beard semi-finalists and finalists, TV chef personalities, and people who make great contributions to the community and the food industry around the world. The 2019 list includes James Beard Award winners Ashley Christensen of Death and Taxes in Raleigh, NC; Aaron Franklin of Franklin BBQ in Austin, Donald Link of Cochon in New Orleans, and Sarah Grueneberg of Monteverde in Chicago.

Updated, 9/23/19, 1:53 p.m. The dinner at The Houstonian is now sold out, but tickets for the actual Southern Smoke Festival are still available. Skip this paragraph and read on for details. This year’s Festival kicks off on Friday, October 4 at 6:30 p.m. with Chris Shepherd’s Houstonian Hoot’nanny Dinner. Shepherd’s collaborators include restaurants Saigon Pagolac, Al Aseel Grill and Cafe, and The London Sizzler for the main courses — places featured in his upcoming cookbook, aptly titled Cook Like a Local — and others who represent the best of Houston food. Others chef, specifically, those who are in town to cook at the festival on Sunday, October 6, are dining alongside the guests and also enjoying the bounty and diversity of Houston food. Shepherd, who is making a dish for each savory course, plans to take diners on a food tour of Houston from their seats in the historic Manor House, the famous former home of George and Barbara Bush located on the grounds of The Houstonian Hotel, Club & Spa.  Pastry chef Victoria Dearmond is making the dessert.

Updated, 9/23/19, 1:51 p.m.: According to a representative for Southern Smoke, Adam Perry Lang is “opening a restaurant” and not available to attend this year.

The Houstonian Hoot’Nanny Dinner is on Friday, October 4 starting at 6:30 p.m. at the Manor House at the Houstonian Hotel, Club & Spa located at 111 North Post Oak Lane. Tickets are $500 per person and only 100 seats are available.

The Southern Smoke Festival runs from 4 until 8 p.m. General admission tickets are $200 per person and include all you can eat and drink. Lexus VIP Tickets are already sold out. Tickets to both the festival and the special chefs’ dinner at The Houstonian can be purchased online.