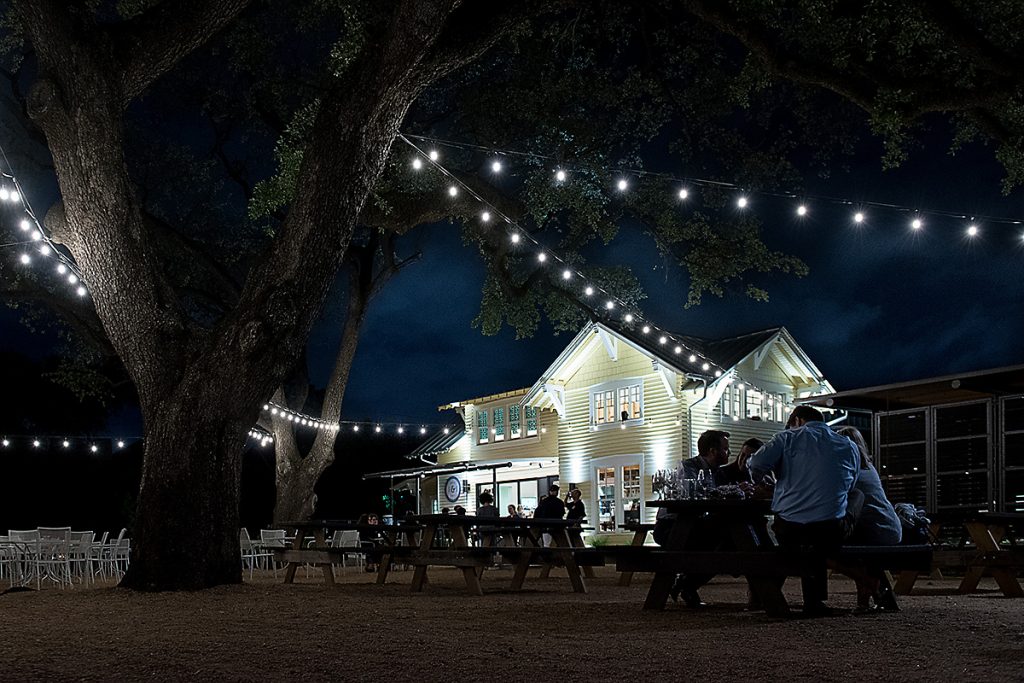 The "Big Yellow House" that was the former site of The Ivy & James is hosting various chefs and restaurants via pop-ups for now. Photo courtesy of Evelyn's Park Conservancy.

Some projects just seem snake-bit. Such has been the case with The Ivy & James which shuttered on Saturday, June 30, after only a year in Evelyn’s Park Conservancy. The park is located at the former Teas Nursery site in Bellaire at 4400 Bellaire Boulevard. According to the Instant News Bellaire web site, the restaurant has been plagued with problems since the beginning, including a delay that caused it to not open when the park did on Earth Day 2017 and “negative word-of-mouth about the food and service and erratic hours in the beginning.”

Then, according to CultureMap Houston, Jamie Zelko left the restaurant sometime around November 2017. Dalia and Garza continued to try and operate the restaurant after the chef’s departure but clearly the place’s fate was sealed.

The restaurant, though, nicknamed “The Big Yellow House,” is continuing to be utilized. It’s going to be home to a series of pop-ups hosted by various chefs and restaurants across Houston until a permanent operator is found. Via press release, president Patricia King-Ritter of Evelyn’s Park Conservancy stated, “Evelyn’s Park is committed to finding an operator that understands the needs of park guests and enhances the overall park experience.”

The first pop-up is scheduled for mid-July and features popular and long-running food truck Oh My Gogi! It’s known for its Korean- and Mexican-influenced dishes. Those include the Gogi Burger with Korean beef, colby jack, lettuce, onion, cabbage and cilantro and a limited version called the Ramen Burger, which uses rounds of ramen noodles as “buns.”

For Evelyn’s Park, though, the Oh My Gogi! owners have something special in mind. The truck is rolling out a brand-new breakfast menu for their pop-up.

Restaurants and chefs interested in hosting a pop-up or taking over as the restaurant operator should contact King-Ritter via email.