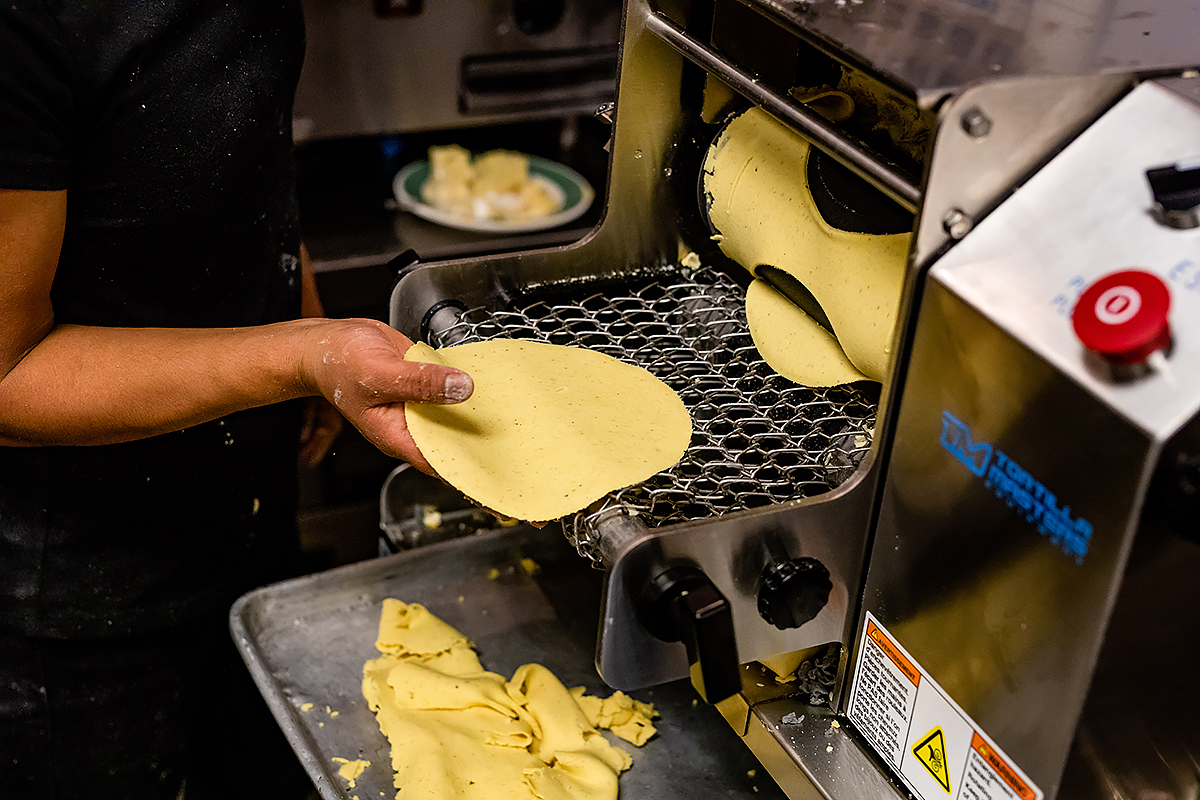 The Big Vibe Group — the new restaurant business founded by Grant Cooper (after his split with former business partner, chef Charles Clark), Josep Prats and Marc Cantu — has reworked the building formerly housing The Dunlavy into Flora, a Mexican restaurant. It debuted on March 1 and is located at in Buffalo Bayou Park at 3422 Allen Parkway. The group is already planning a second, yet-to-be-named restaurant for this fall.

Three chefs are listed on the website: head chef Epifanio Rosas (formerly of Hugo’s and who was an opening chef at another Cooper restaurant, Gratify Neighborhood Bistro), Daniel Gonzalez (previously a sous chef at Hotel Zaza) and Reynaldo Quezada (who worked with Cooper’s prior restaurant group, Clark Cooper Concepts, for many years at Coppa Osteria and Gratify Neighborhood Bistro). Enrique Flores is the general manager, and his relevant experience includes Carrabba’s, La Dolce Vita and, most recently, OTC, a company that operates restaurants at airports, including George Bush Intercontinental.

According to a press release, the atmosphere is meant to evoke a “Mexican treehouse getaway,” while the menu is inspired by “the small towns of Mexico with a Texas touch.” Corn tortillas are made onsite and used to make traditional street tacos (shrimp, fish and al pastor) and tostadas (yellowfin tuna, seafood combo and pulpo). Salsas, moles and other sauces are also made in-house.

The appetizers include a selection of oysters, both on the half shell at market prices and a baked version with epazote, garlic, morita butter and Parmesan for $24. There are also three different ceviches, ranging from $19 to $28 for the ceviche negro made with yellowtail, red onion, cucumber, avocado and Fresno peppers over squid ink, corn, pepper ash and lime.

Entrées range from $23 to $48. The latter is for Beef Short Rib with red mole, toasted sesame seeds, black bean tamal, refried beans and Spanish rice. Other selections include Green Mole with either half of an air-chilled chicken or vegetables with toasted pepitas and Chile Relleno;  a traditional dish featuring a poblano pepper stuffed with beef picadillo.

To drink, there are, of course, margaritas — five different ones, including The Grant, named for co-owner Grant Cooper, and The Jacy, named for his wife. The rest of the cocktail menu is surprisingly broad, including a “traveler’s list” with concoctions such as the Ku-Ku with blended whiskey, amaro montenegro, banana-cacao flower and cacao bitters inspired by the Tulum Treehouse, and the Gjeronimo! with tequila reposado, bonded rye, Modelo Negra, demerara and Angostura bitters. Cocktail prices range from $13 to $22. For those who prefer to sip, Flora offers a wide range of artisanal mezcals.

Flora is open for lunch and dinner daily: Monday through Thursday from 11 a.m. to 10 p.m., Friday and Saturday from 11 a.m. to 11 p.m. and Sunday from 11 a.m. to 9 p.m. Guests can make reservations online or by calling (713) 360-6477. There are plans to debut weekend brunch this summer. Unlike its predecessor, The Dunlavy, Flora is not offering private events or dining.