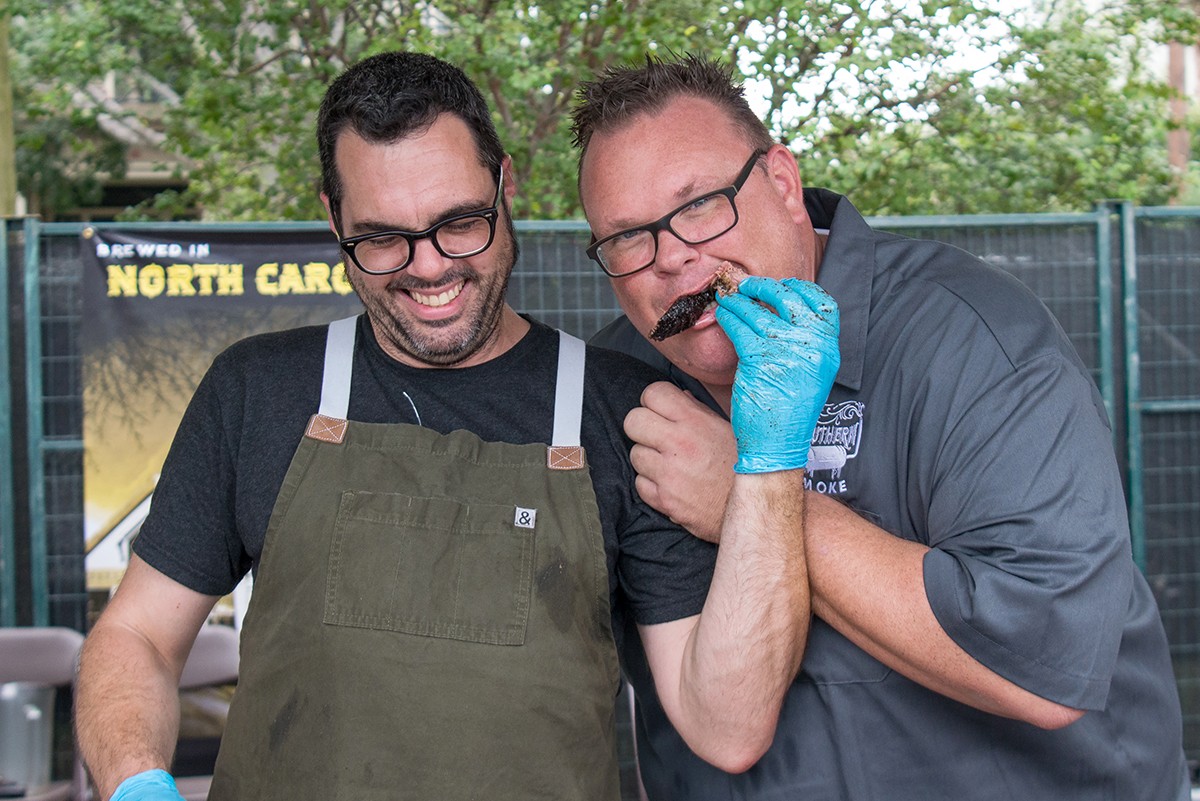 After a two-year hiatus due to the pandemic, chef Chris Shepherd’s Southern Smoke Festival is back — and it will be big. This year, the festival is a three-day affair that takes place October 21 through October 23, and it will feature over 60 chefs from around the country.

The festival — a well-established annual event before the pandemic — benefits the Southern Smoke Foundation. Founded in 2015, the nonprofit benefits food and beverage professionals from farmers to line cooks by providing emergency relief funds and mental health resources. The foundation and the festival were initially conceived by Shepherd to honor his friend and longtime sommelier Antonio Gianola, who was diagnosed with multiple sclerosis. The first event featured just a handful of top chefs and pitmasters such as Aaron Franklin (now a board member), Rodney Scott and Sean Brock and raised $181,000 for the National Multiple Sclerosis Society.

Tickets for this year’s events — see details below — go on sale Tuesday, August 30 and can be purchased online. While you’re there, you’ll see Southern Smoke’s redesigned website and branding, which emphasizes the organizations efforts to help the industry’s professionals. The rebranding is courtesy of Houston-based design firm Principle‘s recently launched Design for Good program, which is working with selected nonprofits on a pro bono basis.

Unlike in past years, the festival events are not in Montrose. Previously, those were hosted near Blacksmith and Georgia James. However, there have been some big changes over the past year. First, Georgia James moved and, second, Shepherd no longer works for the company he co-founded, Underbelly Hospitality. So, this year, the three events are in various parts of Houston: Hermann Park, east of downtown and in the Galleria area (at the best resort in Texas).

At this exclusive event, top Southern chefs are laying out the ultimate raw bar. Guests can also enjoy high-end wines and participate in an interactive whole tuna breakdown that will include made-to-order hand rolls. The featured raw bar chefs are:

Over 40 chefs — including celebrity chefs Tom Colicchio and Andrew Zimmern, and local favorites such as Dawn Burrell (Late August) and Robin Wong (Blood Bros. BBQ) — will take over seven acres of east downtown from Vinny’s Pizza (1201 St. Emanuel) to 8th Wonder Brewery (2202 Dallas) with barbecue pits, trailers, live fire and plenty of smoked and grilled delights. Thirsty guests will find plenty beer, wine and spirits to wash it down and live music to keep their feet moving. In addition, a silent auction will be held at 8th Wonder Distillery (2201 Dallas), which will benefit Southern Smoke’s Emergency Relief Fund, with one special auction item benefitting the National MS Society in honor of Gianola. Those who purchase VIP tickets will also enjoy two special areas with high-end wines — one at Miss Carousel and one at 8th Wonder Brewery — early entry, a VIP-specific wine pull and other fun prizes. The participating chefs are:

As mentioned above, tickets go on sale Tuesday, August 30 and can be purchased here.