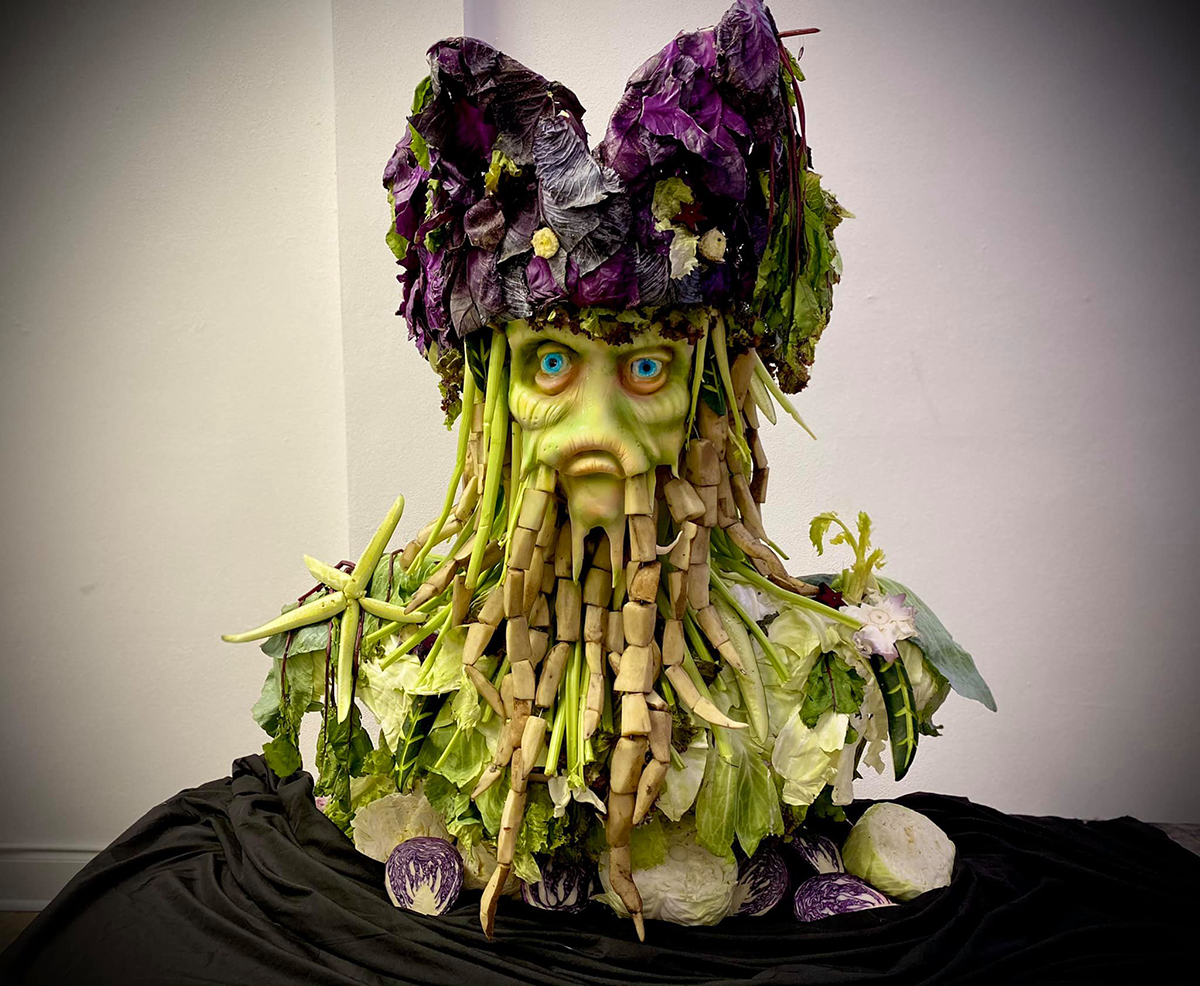 All it took was one social media post of Houston resident Dillion Barlow and Maurice Abelman’s elaborate food art design featuring Davy Jones of “Pirates of the Carribean” to get him noticed by Disney and the producers of the new Disney+ show “Foodtastic.”

Born and raised in Nederland, about 100 miles outside of Houston, Barlow grew up admiring his father’s passion for making cakes. Inspired by those childhood memories, Barlow worked his way up as a pastry chef at bakeries in his hometown before making the move to the big city of Houston last year. Now his company, Over The Top Cakes, keeps him busy creating meticulously designed cakes for customers all along the Gulf Coast.

His talent and passion are now being featured on the new Disney+ show “Foodtastic,” which launched 11 episodes of the food-art competition show on December 15. Each episode of “Foodtastic” is hosted by Emmy Award-winner Keke Palmer, with Flour Shop founder Amirah Kassem and NYC’s City Cakes founder chef Benny Rivera serving as the show’s food art experts.

The first season of “Foodtastic” features a trio of different teams each episode competing to display technical skills, creative storytelling, and originality featuring one of Disney’s brands: classic Disney, Pixar, Marvel or Star Wars. Not only does the show feature talented pastry chefs and food artisans from all over the world, but also a few from Southeast Texas.

“I got the call several months ago and was shocked,” said Barlow. “While many shows have asked me to come on, none were Disney until this year. That opportunity I could not pass up.”

Barlow quickly assembled a team of talented artists that he thought would give him a competitive advantage. Thinking outside the box, Barlow brought on friend, artist and graphic designer Maurice Abelman, who co-owns The Mont Creative Studios in Beaumont and is a professor at Lamar State College Port Arthur. He also recruited another talented Beaumont artist, Dee Compean, who’s known for her hand-drawn creations. She’s previously worked with Barlow making cakes at Market Basket and Rao’s Bakery in the Beaumont-Port Arthur area.

The chance to participate in “Foodtastic” was a surprise to these Texas residents, especially during the pandemic. All contestants on the show had to fly to Los Angeles, California, to quarantine before the competition. According to Barlow and his teammates, the filming process took a week per episode and brought them closer together.

During this creative challenge, any food item could be used as ingredients to craft jaw-dropping, Disney-worthy designs. “Disney knows no bounds,” said Barlow, of his experience with the enormous pantry that the team was provided to construct each storytelling design. Teams were encouraged to think big and be bold.

“With Maurice’s talent to draw and construct a model from scratch, and Dee’s ability to draw in-detail iconic Disney characters, I knew our team had a great chance at winning,” said Barlow.

While there is no tangible prize for winners on the show, the pride of getting noticed by judges and featured on a worldwide platform is all this team desired. We can’t wait to see how this team performs. Watch these Southeast Texans compete on Episode 10 of “Foodtastic” now streaming on Disney+.