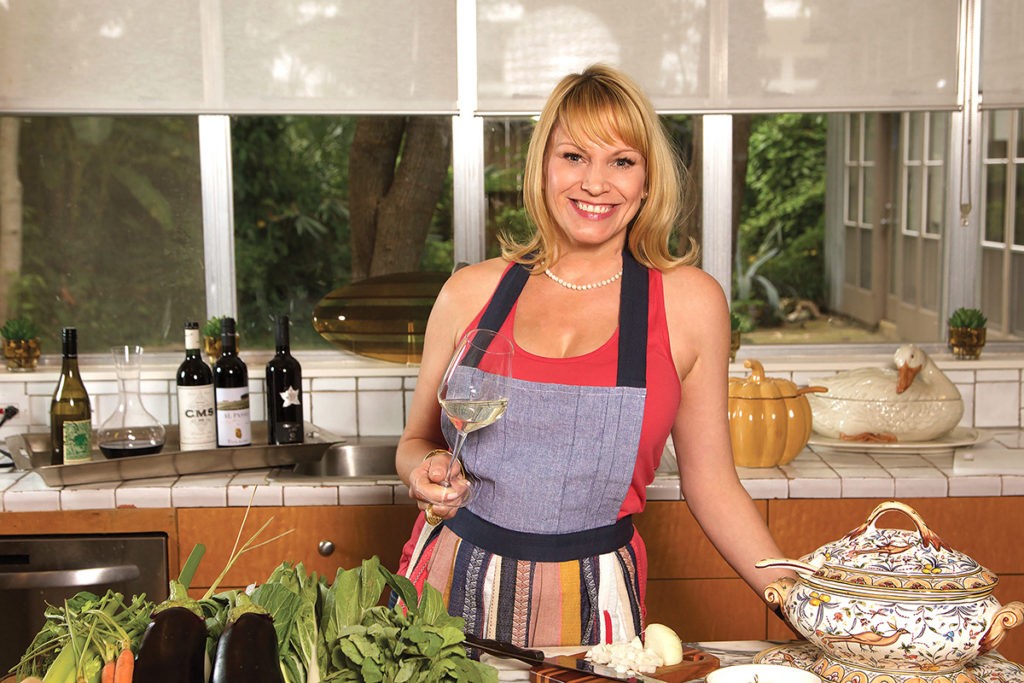 Writer and restaurant designer Erin Hicks is launching her fifth book, Houston Soups and Sips, with a public party at Ritual on January 18 from 5 to 9 p.m. Attendees can visit anytime during the four-hour event.

She says the book is a tribute to memories made with her grandmother. Growing up, she says she would help in the kitchen while her grandmother made soups for the family and she wanted to immortalize that experience through her cookbook. Houston Soups and Sips was written in collaboration with fellow food writer Jodie Eisenhardt. Some wine and beer pairings were recommended by in-house sommeliers and where one wasn’t available, master sommelier Guy Stout of Glazier’s and Shepard Ross of Pax Americana filled in the gaps.

“The recipes in this book take you to every country in the world and that shows something about Houston’s restaurant scene as well,” said Hicks. “I wanted to show the diversity of food styles we have here and take readers to all parts of the city with these recipes.”

Hicks and Eisenhardt tested each one, going so far as to make their own lard to reproduce the duck gumbo at Prohibition Supperclub & Bar. Along the way, Hicks was surprised to discover a new fondness for a previously disliked ingredient. “I just had it in my head for the longest time that I didn’t like lentils,” she says. “But in making the curry red lentil soup from Main Kitchen 806 Lounge and Carrabba’s classic lentil soup, I found out I really did.”

Hicks graciously shared a sample recipe with us—Ronnie Killen’s chili—as shown below. She’s hoping the book will show home cooks that soup can be a great addition to a meal – or one in itself. By way of Houston Soups & Sips, cooks can have a little bit of Houston’s dynamic dining scene in their own kitchens. If you can’t make the release party you can, of course, buy a copy of the book online.

YIELD: 6 TO 8 SERVINGS
In a saucepan, heat the oil over medium-high heat. Add the turkey, season with salt and pepper, and cook over moderate heat, breaking up the meat, until white throughout, 4 to 6 minutes. Add the garlic, onion, chile powders and the cumin and cook, stirring, until fragrant, 5 minutes. Stir in the tomatoes, tomato sauce and the water and bring to a simmer. Cook over low heat, stirring occasionally, until thickened, about 45 minutes. Add the beans, and simmer for 15 minutes.

Meanwhile, light a grill or heat a grill pan. Grill the tortillas over moderate heat until soft, 30 seconds per side, and wrap in a towel. Season the chili with salt and pepper.

To serve:
Serve with the grilled tortillas. Garnish with pickled or fresh jalapefios, if desired.

Recipe Notes: You can often find ancho chili powder in the spice section of the grocery store, but to make your own, simply seed and remove the membranes of about 4 to 5 ancho chiles. Heat the oven to 375’F and toast the chiles for about 10 minutes. Place the chiles in a spice or coffee grinder and process into a fine powder. This chili also makes for a great Frito Pie—just add some shredded cheese, a dollop of sour cream, and fresh or pickled jalapeños. (A pickled jalapeño recipe is included in the book.) And, you can make this ahead of time: it can be refrigerated for up to 3 days.

Houston Food Finder14 hours ago
Late (really late)-night pizza is on the way from native Houstonian Khanh Nguyen's Texas pizza chain Zalat Pizza. The first Houston location opens on December 6 in Midtown, and diners can expect signature housemade dough and intriguing toppings. Get the scoop from Phaedra Cook below.