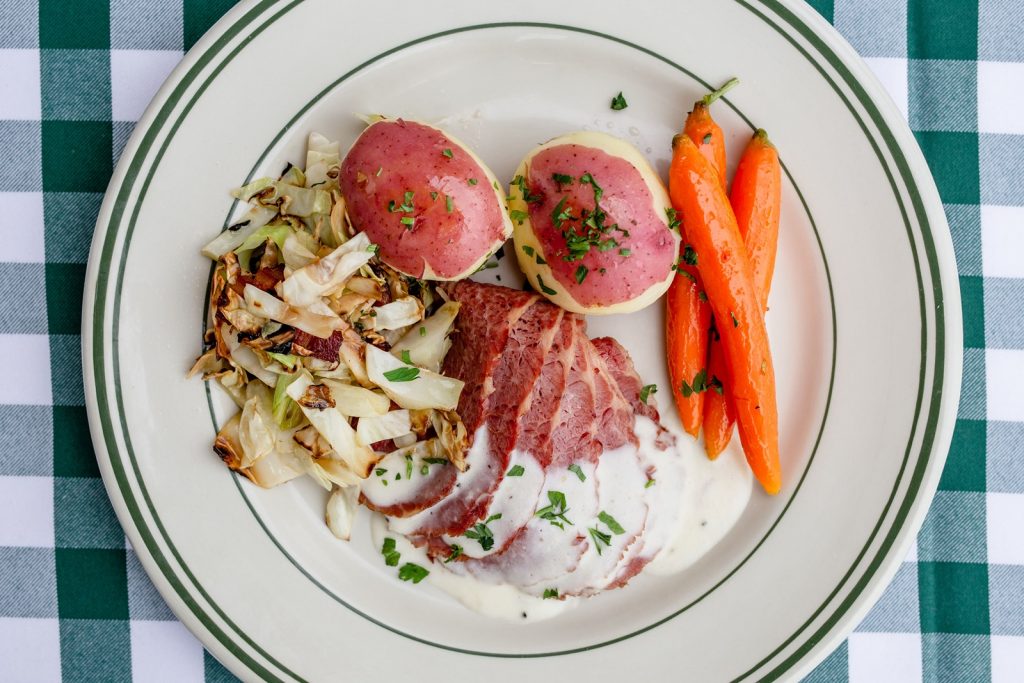 Benjamin Berg is collecting restaurants. What began as a long-time general manager’s first foray into ownership just four years ago has grown into a thriving business about to debut a fourth restaurant. Berg’s charming, East Coast-inspired eatery, B.B. Lemon, first launched across the street from his original butcher shop and steakhouse on Washington Avenue. It’s now expanded to a second location on Montrose. The new and larger B.B. Lemon will, on Monday July 8, take over the space left empty last year by the shuttering of once-renowned Pax Americana at 4319 Montrose. Houston Food Finder was invited to a media preview.

The forthcoming second iteration of the nostalgic concept features most of the same menu items as the original on Washington. However, the menu leans more heavily on the seafood elements diners have come to love from the original. New dishes like stuffed flounder with creamy mascarpone and crab filling, topped with a light and spicy Dijon mustard foam, are likely to thrill customers who appreciate Berg’s sensibility for New England-style seafood, as will the light, buttery and already popular lobster rolls.

Among some of the other returning highlights are is the impossibly tender corned beef smothered in horseradish sauce — a nod to B.B. Butcher’s revered beef program — along with an impressive fresh pasta mac & cheese called the D.W.B. Mac & Cheese. The D.W.B. was created by and named after Berg’s brother Daniel Berg, executive chef of B.B. Italia who developed the company’s delightful fresh pasta program.

Seafood also abounds on a list of appetizers that features steamed mussels, snapper crudo and the house favorite, Bigote’s Campechana with shrimp and avocado swimming in cocktail sauce.

Executive chef Emily Trusler of the original B.B. Lemon is overseeing this kitchen as well. Similarly, beverage director Monique Cioffi-Hernandez in in charge of both cocktail and wine programs. Cioffi-Hernandez, whose time at Field & Tides earned her nods in the Houston Press 2017 Best of Houston awards for Best Bartender and Best Cocktail List, has created a cocktail menu featuring libations like Nothing to Lose with rum, hibiscus liqueur, pom juice, lemon juice and orange bitters, and Time Will Tell, an Old Fashioned-type of bourbon drink with turbinado as well as Angostura and orange bitters.

In the spirit of B.B. Lemon’s nostalgic nods to classic Americana, the dessert menu is carrying over the customer favorite: brownie a la mode swimming in scoop-fulls of warm marshmallow fluff. New on the sweets menu is a grown-up take on strawberry shortcake served with a lemon basil scone.

While the second B.B. Lemon menu features most of the same offerings as the first, its expanded footprint, seafood focus and famed Montrose location are sure to give the duplicate its own charms. Considering that Berg Hospitality group just opened the original Lemon location opened in 2018 and reopened the former Carmelo’s as B.B. Italia last month, the Houston business seems to be growing at breakneck speed. The trick now is maintaining the company’s reputation for quality of both food and service through the expansion.