The Hit List: New Houston Restaurants to Visit in February 2020 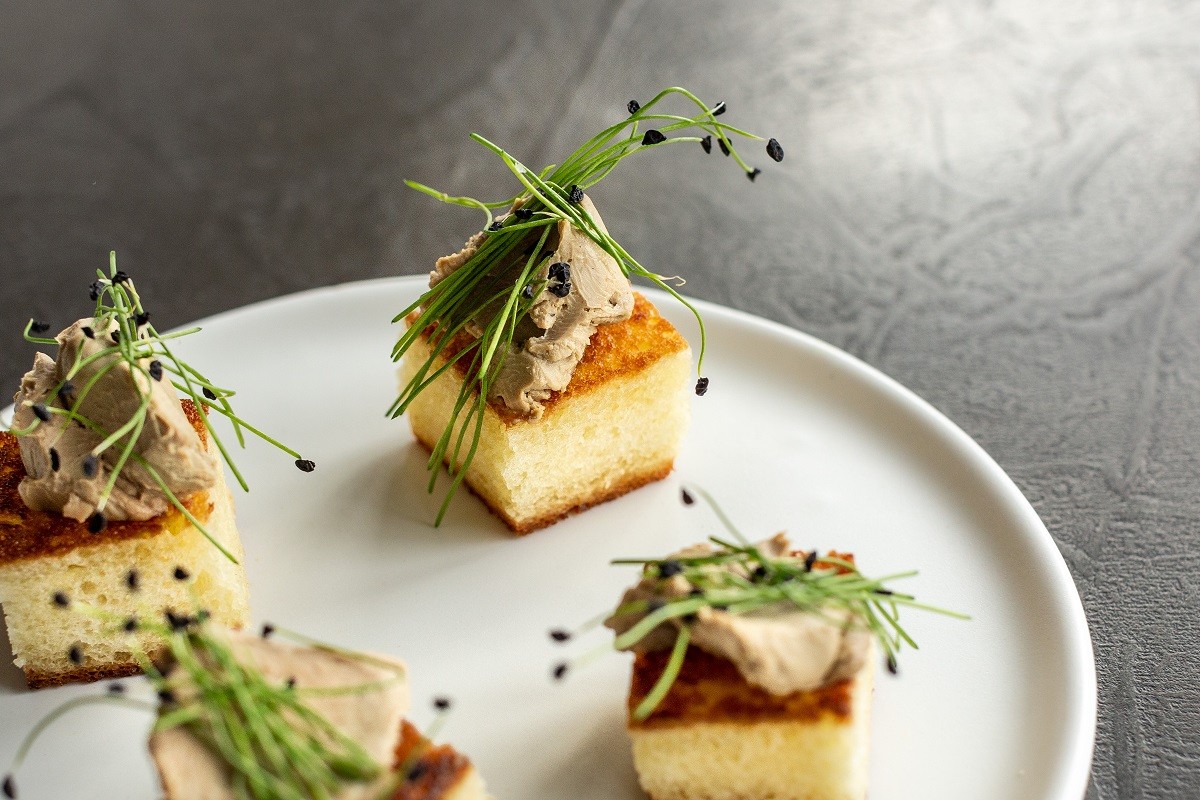 Though February may remind us that love is in the air, new additions to Houston’s food scene remind us that wine is on the table, as well as cocktails and interesting dishes to try. For a treat this month, check out some of the city’s newest food and beverage establishments.

Alma, 3974 Westheimer: Chef David Guerrero recently had to close his east-of-downtown restaurant, Andes Cafe, just over a month ago. In better news, he’s already back on the scene. His latest venture, Alma, recently opened in Highland Village at 3974 Westheimer in the former Drexel House space. With his new restaurant, he hopes to bring authentic South American flavor to the neighborhood with small and large shareable dishes, including Guerrero’s signature fresh fish creations. The menu includes raw and cooked dishes that reflect a range of tastes and textures. The must-haves are the Ceviche de Pescado, an ample, well-executed dish showcasing cured grouper with leche de tigre, crispy Peruvian corn, onions and a dollop of sweet potato mousse; Cachapas de Cochinito, or pork belly with nata and queso de mano served over sweet potato corn pancakes, and lobster Anticucho de langosta with yucca bread and a poached egg drizzled with a yellow hollandaise teriyaki sauce.

Chris Morris (formerly of Hunky Dory and MAD) and Rob Lares (of FM Kitchen and Bar) head up the drink program. The cocktail list includes Alma’s signature Pisco Sour, a meticulous blend of Acholado and Italia piscos, gomme syrup, lime and lemon with egg white adorned by Amargo Chuncho (Peruvian bitters designed specifically for sours), and the La Yapa Old Fashioned in which Maker’s Mark whisky meets Singani 63 (a brandy from Bolivia) with roasted carob syrup and coffee-ginger bitters for a unique spin on the classic cocktail.

Bamboo House, 5901 Westheimer: Thanks to Bamboo House’s new Galleria-area location, Peking duck aficionados no longer have to venture all the way to Humble for some of the best in town. Bamboo House’s signature dish is served dry-roasted in a specially imported duck oven, carved, and then served on a bamboo tray with housemade pancakes, hoisin sauce, plum sauce, brown sugar, scallions, cucumber and duck soup. The new location’s expanded menu includes larger dishes such as the whole Thai-Style Curry Crab (a whole Dungeness crab) and Sizzling Sautéed Diced Beef. There is also a selection of dumplings that includes soup dumplings filled with crab or pork; Drunken Dumplings stuffed with pork, chicken or crab and pan–fried buns with pork or chicken. While a liquor license is still pending as of press time, there are plans to offer beer, wine and cocktails in the coming months.

Eighteen36 Bar, 2221 West Alabama: This past weekend, Eighteen36 Bar opened its doors in the former Owl Bar space on West Alabama. During the soft opening phase, which runs throughout the month of February, the bar is offering a limited selection of housemade cocktails such as The Mr., a spicy twist on a Paloma made with Cazadores Blanco, Ancho Reyes, lime, grapefruit, nopalitos and jalapeno honey, and Black Gold made with Buffalo Trace, fresh lemon, activated charcoal and honey. In addition to select cocktails, there is also a selection of local craft beers like the 7-Iron Session from 11 Below Brewing and, of course, 1836 from Buffalo Bayou. The wine list offers a small-by-the glass selection that includes Sonoma Bench Chardonnay and the Zio Baffa Pinot Noir. Eighteen36 is currently serving Roadster Grill’s menu, with tasty bar bites such as Greek Potatoes and hummus with pita bread.

Momo House, 6121 Hillcroft: This new Nepalese spot located just south of 59 has been garnering a lot of attention lately. It’s deserved. Houston Food Finder named it one of the best new restaurants of 2019. It offers diners traditional dishes such as piro aloo: potatoes that have been boiled then sautéed in Nepali spices, butter, onions and tomatoes until the outside is perfectly crisped and poignantly spicy. However, Momo House’s menu centers around variations of vegetable and chicken momos, which are Nepalese dumplings made with wheat flour wrappers that can be served steamed or fried. Those looking for more complex dishes won’t be disappointed with the chicken chili momo, or chicken dumplings fried and coated with a spicy tomato sauce until the outside is a “cathartic layer of piquant crispiness.” Also, don’t overlook goat-centric mains such as sekuwa and bhutan.

Mutiny Wine Room, 1124 Usener: The new wine venture from the husband and wife team of Mark Ellenberger and Emily Trout (producers of Kagan Cellars‘ wines), Mutiny Wine Room, hopes to bring Sonoma and Napa delights to The Heights. The space offers two distinctly different experiences: a tasting room for flights and a full sit-down restaurant known as the “farmhouse.” The menu from Ari Weiswasser draws inspiration from his stint at the French Laundry. Daily meat and cheese selections come with housemade roasted nuts, seasonal fresh and dried fruits, house-baked bread and marmalade. Mutiny also offers a selection of “Quick Bites” such as Heirloom Popcorn and Gulf Snapper Ceviche served with purple sweet potato chips, and larger sized “Rations” like the Steamed PEI Mussels with saffron-pernod emulsion and housemade focaccia and the Buttermilk-Fried Texas Quail served with sweet onion fondue. The impressive wine list offers over 40 wines by the glass, which, thanks to a Coravin wine system in the tasting room, can be poured while keeping the bottle intact.

Sticky’s Chicken, 2313 Edwards: The heralded Sticky’s Chicken food truck from siblings Patsy and Benson Vivares opened in its first brick-and-mortar location. In addition to popular dishes such as chicken over rice made with proprietary “Sticky” sauce, chef Michael Pham (previously of California’s Shomi Noods and Hottie’s Nashville Hot Chicken) is developing an expanded menu for the official full-scale launch this month. As of press time, the finalized menu, which includes wine and beer from nearby Buffalo Brewing Co., was not yet available.

Houston Food Finder12 hours ago
Thanks to a fully fledged restaurant serving a menu created by Ryan Hildebrand and overseen by Efrain Villarreal Jr., as well as a freestanding ice cream stand and bar for the over-21 set, gamers who visit The Palace Social can be well-fueled and play for hours. Ryan Kasey Baker visited and has the details on this new, fun destination for kids of all ages.

Houston Food Finder with Roma Ristorante.18 hours ago
As always, Roma Ristorante is participating in Houston Restaurant Weeks 2021! Journey to Italy with a three-course dinner for $35 per person. Three dollars from each goes to the Houston Food Bank. Selections include vegetarian and gluten-free dishes. Choose from starters such as creamy Imported Buffalo Mozzarella With Housemade Pesto And Mixed Greens, crispy Fried Shrimp And Calamari With Marinara And Artichoke Sauce and hearty Meatballs With Cheese And Basil. The second course includes pasta options like spicy Orecchiette With Housemade Italian Sausage (a specialty of Chef Scarafile) and Strozzapreti with Fresh Shrimp and Housemade Pesto. Entrées include earthy Eggplant Parmigiana, Chicken Breast Stuffed With Prosciutto And Grana Padano and decadent Veal Scaloppine. Pair your meal with a selection from our extensively curated wine list. Reservations are encouraged but not required. Visit the https://romahouston.com/ for the full menu, or call (713) 664-7581 for more information.