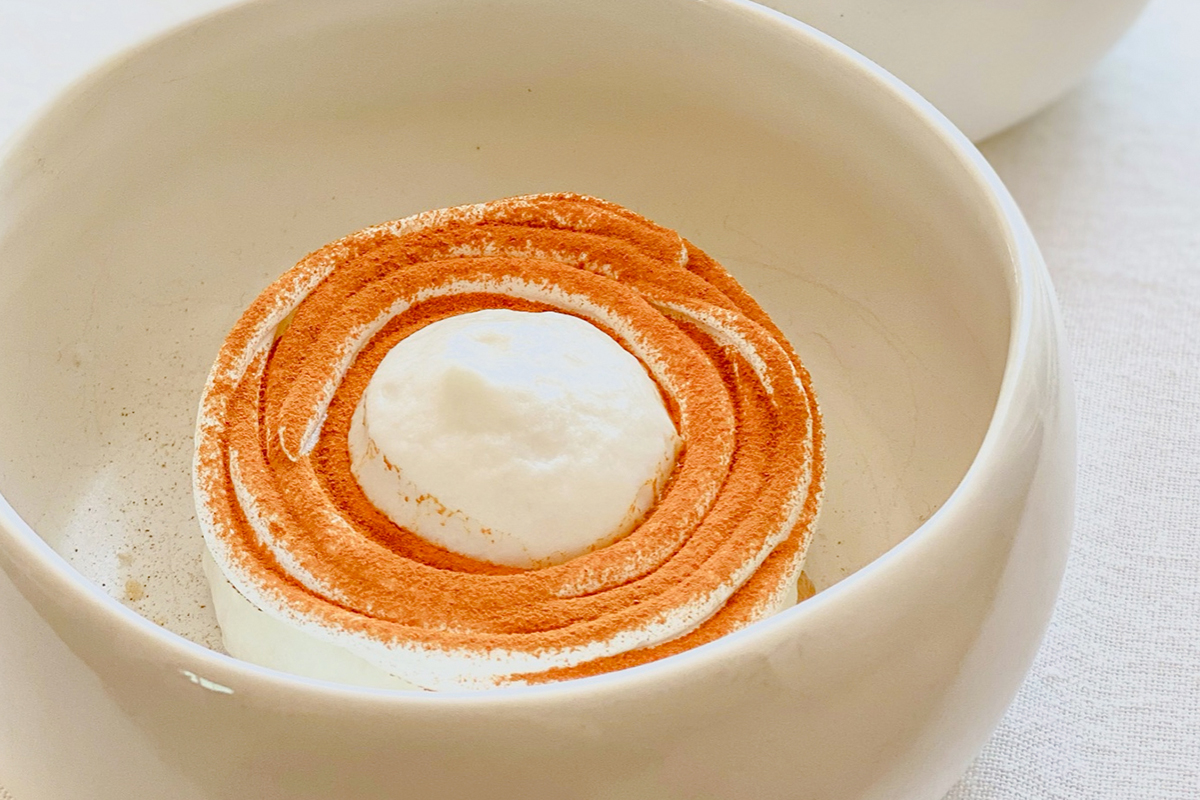 In these uncertain times, it seems like there’s not much to count on, so it’s comforting that a restaurant named MARCH actually opened — in March. MARCH restaurant at 1624 Westheimer is from Goodnight Hospitality and helmed by chef Felipe Riccio. It has been in the works for a few years, and it debuted on March 31. Make reservations online.

Goodnight Hospitality is also known for next-door restaurant Rosie Cannonball, speciality store Montrose Cheese & Wine (we’ve always liked how they put “cheese” at the beginning of that name) and honky tonk Goodnight Charlie’s, which closed during the pandemic. That bar’s fate remains to be seen, but we expect news on it once MARCH is established.

MARCH focuses on Mediterranean cuisine, but in a deeper way than just having a Mediterranean menu (which it seems every-other new restaurant offers these days). According to a press release, Riccio and his team will, through six- or nine-course tasting menus, “examine the regions in the Mediterranean where boundaries meet and intersect, creating tension, richness and diversity through food.” Indeed, food has a long history of traditions, ingredients and techniques traversing borders to create something even more intriguing than the original.

The name “MARCH” means more than a month, or even a nod to when Riccio’s birthday occurs. Throughout humanity, a “march” often signifies travel, territorialism and conquest.  Riccio himself is the product of multiculturalism. His father is Italian, his mother is Spanish and he grew up in Mexico.

One of Morocco’s most famous dishes is tagine, a slow-cooked savory stew. MARCH’s version is called Fifth Quarter Tagine and puts less-prized cuts of meat to work, extracting deep flavors from lamb heart and pig’s ear, which are enhanced with aromatics such as leeks and spices.

For dessert, look for the Heirloom Turmeric and Honey, which utilizes Pragati turmeric, preserved lemon curd, and beeswax-infused gelato. It sounds like the kind of dessert that even someone who doesn’t crave sweets would find intriguing.

During the pandemic, MARCH had already established a bit of a presence as a to-go wine purveyor, so it shouldn’t be surprising that wine is a big part of the restaurant experience. General manager/beverage director Mark Sayre, who also serves as wine captain during dinner service, turned lemons into lemonade, spending the downtime of 2020 curating MARCH’s wine cellar. It’s now comprised of over 11,000 bottles from around the world and focuses on independent producers.

“We came to find that the histories of many producers that we know and love are interwoven,”  “In a sense, the entire experience of March is our love letter to the hospitality industry and our community through food, wine, culture, people and the constant passion to continue to learn about them,” said Goodnight Hospitality partner and Master Sommelier June Rodil via press release.

While there’s clearly a cellar of wine treasures from which to choose, cocktail lovers haven’t been left in the cold. The bar manager is Alex Negranza, who came to local prominence through his work at cocktail mainstays Anvil and Tongue-Cut Sparrow. The initial drink list takes inspiration from eight Mediterranea plants. Once example is the Green Zombie, a blend of rums, fruit liqueur and housemade oregano falernum. The Mastic cocktail incorporates Toki whisky from Japan, sarsaparilla bitters and mastiha, a mastic liqueur from Greece.

Just about every aspect of the environment has customized personal touches. Riccio’s wife Hayley Riccio (the spouses both previously worked at Camerata) is now an industrial designer. She created a white, crisp, padded, “scrolling” table top as an alternative to traditional white linens that’s likely to be a conversation piece unto itself.

High-profile architects were brought from near and far to design MARCH. Houston-based Curtis & Windham Architects joined forces with Studio Robert McKinley in New York City. The result is a 700-square-foot lounge that sports a custom Murano glass chandelier above the bar and art by German artist Christoph Ruckhäberle and Matt Kleberg, who was born in Brooklyn but raised in Texas.

The work of additional artists are featured in the dining room. One work by Oliver Jeffers is part of his “For All We Know” collection and is “inspired by how human beings interact with the vastness of both the ocean and outer space,” according to a press release. In the private dining room is a commissioned work by Argentinian artist Alexandra Kehayoglou, which alludes “to a sprawling Mediterranean landscape and the lush bounty of local Texas agriculture.”

(The pricing structure indicates that MARCH may help fill the gap for special occasion, tasting menu restaurants left woefully vacant after the closings of The Pass & Provisions and Oxheart.)

MARCH’s hours are from 6 to 10 p.m. Wednesday through Sunday. The restaurant only has 28 seats, so reservations are likely to go quickly.