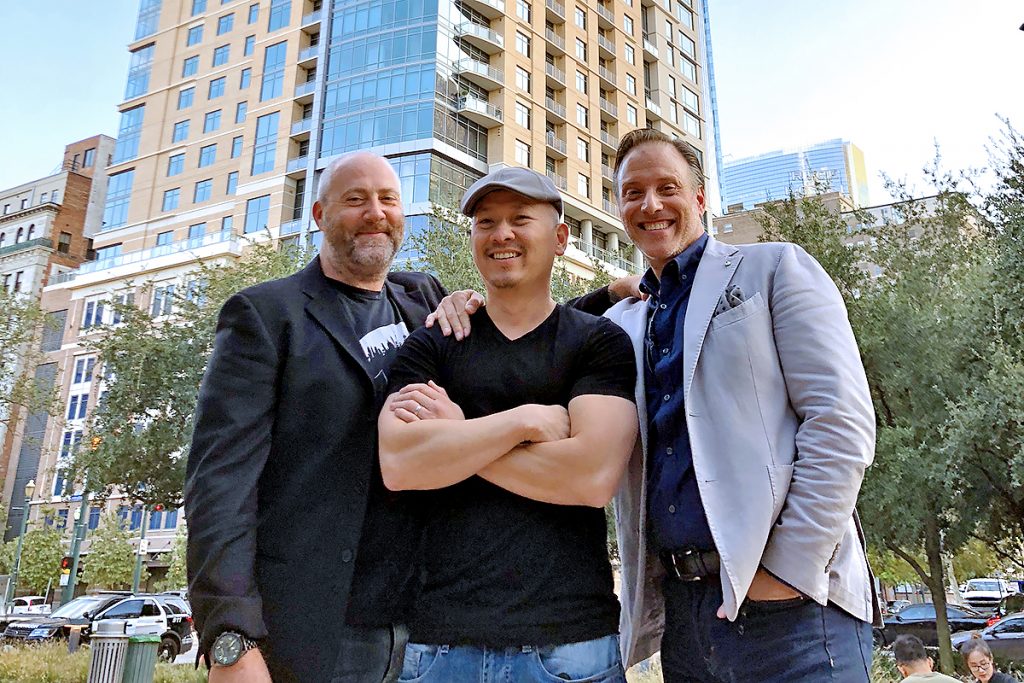 Richard Knight is well known to many Houston diners thanks to his previous executive chef roles at Feast and Hunky Dory. More recently, he had a brief stint at Harold’s in the Heights before leaving due to other business and personal commitments. Now, he’s ready to put his apron back on. He’s agreed to lead Atlas, a new, intriguing diner idea at forthcoming Bravery Chef Hall first reported on by the Houston Business Journal, which is currently expected to open at the end of December at 409 Travis on the ground floor of Aris Market Square.

Bravery Chef Hall is the brainchild of Shepard Ross (known for running a long string of restaurants that include Pax Americana and Brooklyn Athletic Club, and consulting on restaurants such as Kiran’s and the new Jonathan’s The Rub location) and Anh Mai of Prohibition and Conservatory, Houston’s first food hall. The duo have already secured some big names in Houston food to sign on to various eateries within the hall, including Felix Florez for Cherry Block Craft Butcher and Kitchen, Ben McPherson for BOH Pasta, David Guerrero for Nuna Nikkei Bar and Masterchef winner Christine Ha for The Blind Goat. (More details are available on each of those chef stations in our previous article.)

According to Ross, Knight is the fifth chef to be announced but still not the last; there is one left to be revealed. According to the Houston Business Journal’s article, the unnamed sixth chef is going to run a kitchen serving “Mediterranean, Lebanese and seafood dishes.” (If you have a guess as to who it is, leave a comment below.)

Atlas, named for the Greek god who held up the heavens, is going to be a diner, but not of the cheesy ’50s variety with neon lights and metal tables overlaid with Formica. “The name encompasses the global-ness of what we’re doing. When we say ‘diner,’ we want it to be classic not with a lot of plastic and pink umbrellas. We want to be a bit more classy and old school,” Knight said.

Ross compares the vision for Atlas to Edward Hopper’s famous painting Nighthawks; a classy type of diner that was a regular haunt for New York City denizens in the 1930s and ’40s. Similarly, Atlas is going to be outfitted with wood and brass fixtures. It’s also going to be the late-night spot of Bravery Chef Hall. On Friday and Saturday nights, it’s going to be open until 2 a.m. — which is convenient considering that it’s adjacent to The Secret Garden, one of the chef hall’s bars.  “When we have brunch on Saturday and Sunday, it can actually spill out of Atlas into this greenhouse-style bar with exposed brick that faces Main Street,” Ross said.

The Secret Garden bar is being operated by Jonathan Gallardo, who has had a lengthy tenture at Prohibition. “He’s been a longtime employee of ours and we wanted to give him an opportunity to own his own business,” Mai said.

For food, expect “international elevated diner” items (“with some Richard Knight whack-a-doodle stuff in there,” the chef said with a laugh), including late-night breakfast dishes. While the menu is under development, Knight teases Japanese pancakes, freshly baked flatbreads with Blue Heron feta and a dish that evokes his old days at nose-to-tail restaurant Feast: a chicken burger made with chicken thigh meat and chicken pâté mousse for a “really creamy texture.”

Bravery is styled as a “chef hall” rather than a “food hall” — a distinction Ross is quick to make.

“Really cheap — especially the old ones that need to go to pasture!” Knight added.

Merriment aside, that idea of putting chefs at the forefront of Bravery Chef Hall does have a shape and a form. “Every kitchen will have chef-counter seating so that guests can have the full Bravery experience. There’s also going to be a take-out counter and people can go sit at the communal seating which will be all over the space,” explained Mai. While there won’t be overlap among the chefs’ cuisines, there certainly are going to be plenty of opportunities for collaboration.

Even though there are still a few months before Bravery Chef Hall opens its doors at the end of December, Houston diners are soon going to have an opportunity to get a preview of Knight’s culinary vision for Atlas. Keep an eye on the Bravery Chef Hall Facebook page for a one-night-only preview event.