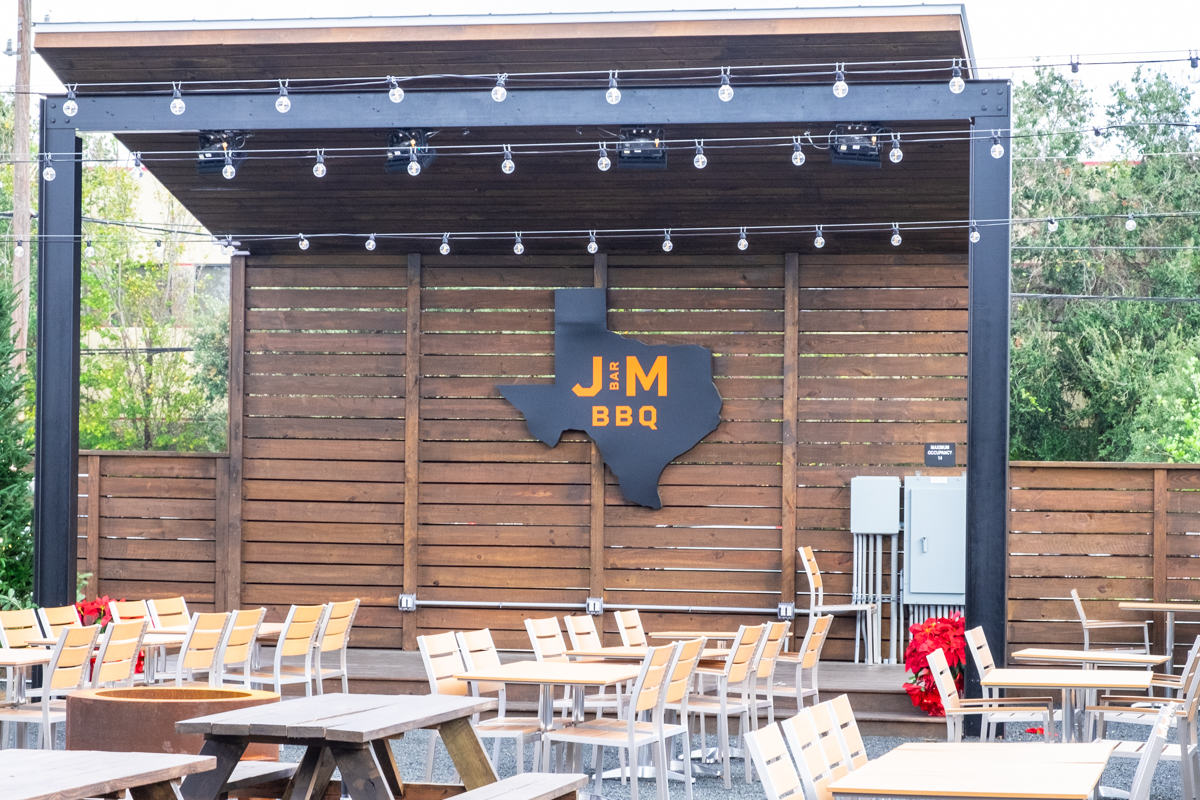 As first reported by the Houston Chronicle, acclaimed pitmaster Willow Villareal and chef Jasmine Barela (who are also a couple) have quit J-Bar-M, the relatively new barbecue restaurant in EaDo that garnered acclaim in a short period. It opened in November 2021 and, among other honors, made Houston Food Finder’s Best New Houston Restaurants of 2021 list just before we closed it for the year. It also was the setting of a recent episode of Top Chef: Houston.

A statement from owner John Toomey, below, indicates that perhaps the pitmaster and chef had different visions for the restaurant than the owners. Additionally, like so many restaurants, it seems that J-Bar-M has also battled supply chain and labor shortages, as well as inflated prices of beef and other ingredients.

“While we had some operational differences with Willow and Jasmine, we are deeply grateful for the time and heart they’ve dedicated to J-Bar-M Barbecue. Our plan was always to expand the restaurant to include evening service and a more extensive bar program so we could offer guests more of a dinner experience. Like many other area restaurants, we have struggled with labor shortages, food costs and supply chain issues throughout 2022. While we didn’t all agree on the operational changes we needed to make for the restaurant, we have a shared passion and commitment to Texas barbecue. The hospitality industry is like a big family, and while we are sad to see Willow and Jasmine go, we support their decision and wish them the very best in all their future endeavors.”

The Houston Chronicle also reported that “J-Bar-M has also parted company with its general manager and a front-of-the-house consultant” and “manager Michael Fulmer, a co-founder of the Houston Barbecue Festival, has also given notice.”

Update, 4/14/2022, 12:32 p.m.: The front-of-house consultant is Jess Timmons, a chef formerly affiliated with Bread Man Baking Co. and Cherry Block Craft Butcher & Texas Kitchen who now runs her own business, Camellia Monday Consulting. Additionally, Lindsi Toomey, who a source says is married to Charles Toomey, grandson of owner John, stated in a public Facebook comment on this article, “Sadly Charles & I are no longer affiliated with JbarM [sic] as of earlier this week. We are heartbroken.” Lindsi helped with marketing; it’s unclear what Charles’ title was.

For the 2021 Best New Restaurants list, I held nothing back when it came to praise for the fledgling barbecue joint, citing “moist brisket was bisected with a layer of meltingly tender fat,” “housemade jalapeño cheddar sausage [with] a casing that snapped briskly upon the first bite” and “simply perfect” pork ribs. That said, I didn’t see either Villareal or Barela onsite during my visit. While it’s almost certain that they developed the techniques and recipes, part of a restaurant’s success hinges on whether it can still function smoothly with just the regular staff.

Villareal first established his reputation as a barbecue master worth watching with his food truck. After serving at a few different bar parking lots, Villareal closed the truck in March 2019 and disappeared from the Houston barbecue scene for a few years. (It turned out he’d also been dealing with health issues.) His big re-emergence was when J-Bar-M opened. There is little published information on Barela’s background and experience as a chef, but no doubt about J-Bar-M’s outstanding sides and desserts, such as the old-fashioned banana pudding and Chocolate Ganache Pie worthy of a French bakery.

We requested comment from Villareal, and also asked who is stepping in as interim pitmaster and chef. We will update this article should we receive additional information.