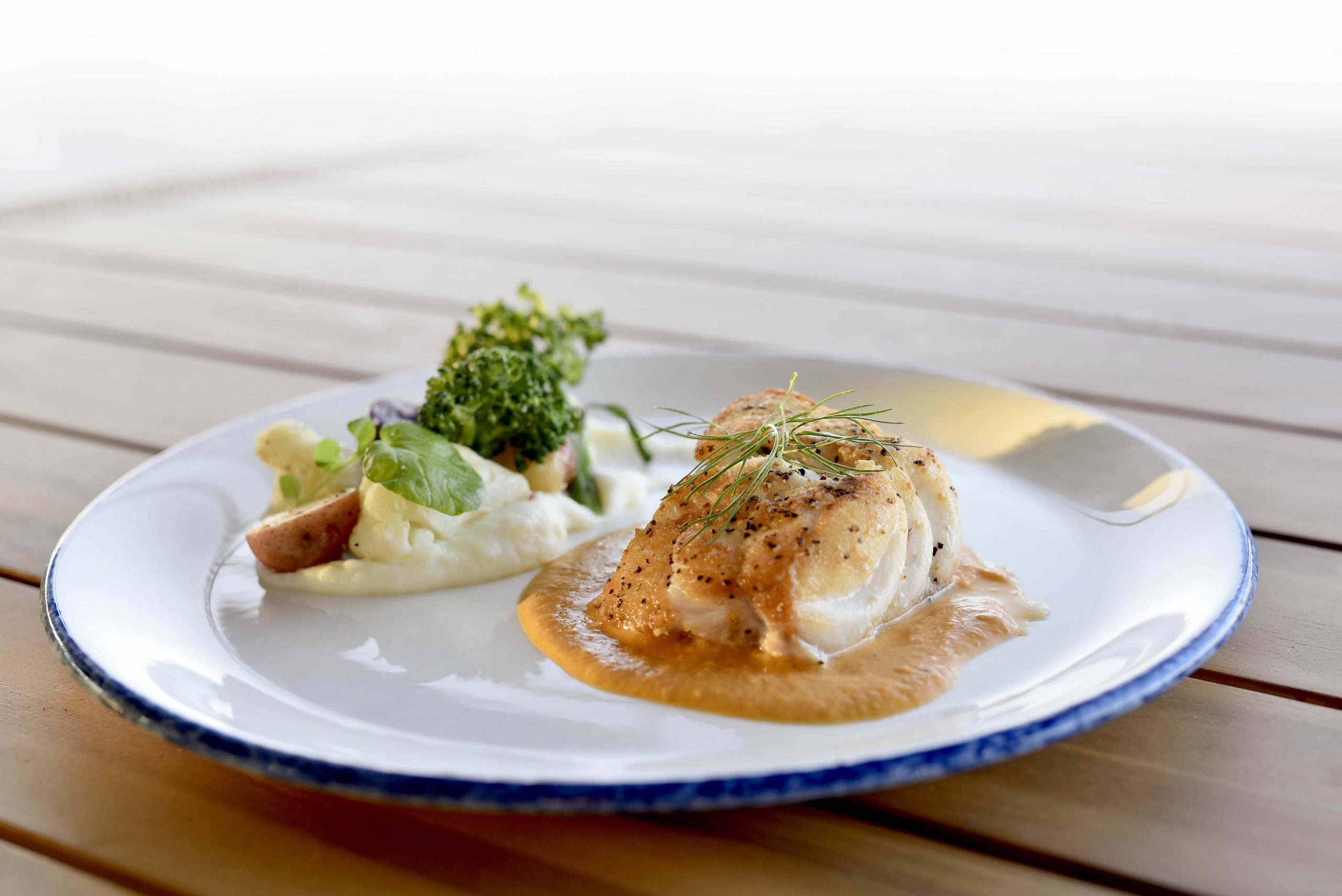 Waterside dining in the Houston area is about to get more interesting. Prestige Oysters‘ Raz Halili and Joe Cervantez, acclaimed former executive chef of Brennan’s of Houston, are swinging open the doors of their much-anticipated Pier 6 Seafood & Oyster House at 113 6th Street in San Leon. With views overlooking Galveston Bay, the completely renovated 5000-square-foot space, which once housed Bubba’s Shrimp Palace, will feature great views and fresh Gulf seafood, much of if from nearby Prestige Oysters.

Halili, who is vice president of his family’s fishery and a second-generation oysterman, says, “Being able to offer the fresh bounty that comes from the Gulf, to highlight the area, Prestige, and what we do, all while leveraging Joe’s expertise in the kitchen…it’s a dream.”

It’s no surprise that Cervantez’ offerings includes oysters. Diners can choose between a dozen or half-dozen of Prestige’s raw oysters on the half shell, or from a selection of grilled oysters including The Prestige, topped with Parmesan and an herb and shallot butter and Hot Blooded Oysters seasoned with garlic, Sriracha and habanero butter.

Other appetizers include an array of seafood-focused dishes, such as Sea Dogs, a riff on corn dogs; tempura-fried Gulf shrimp with spicy aioli; hickory-smoked redfish dip; oyster chowder with Prestige oysters and smoked bacon; and snapper crudo.

A Pearland-native with over 15 years of experience cooking at acclaimed restaurants, Cervantez is using the wood-grilling knowledge he acquired as executive chef of Killen’s Steakhouse to craft woodfired seafood entrées, including redfish on the half shell served with chimichurri and wood-grilled yellow fin tuna. For those who want some turf with their surf, there are also two steak options.

“Creating a whole menu from scratch is a challenge — making sure it’s well balanced and that there’s something for everybody,” says Cervantez. This approach is highlighted in the remaining entrée selections, which feature the Pier 6 Burger that boasts two Akaushi beef patties and pan-roasted lemon-thyme chicken. Plus there are, of course, more seafood entrées, such as the intriguing Tide to Fried — a sampler featuring cornmeal-fried oysters, fried Gulf shrimp and more — Crispy Red Snapper, cornmeal-crusted snapper with shrimp etouffee and popcorn rice, crab cakes, pan-seared grouper, and a Blue Crab Grilled Cheese.

Cervatez’s creations are served in a white-washed shiplap room that seats 170. Designed by Coeval Studio, the space features clean lines, lots of natural light, warm wood tones and a wraparound oyster bar that seats 30. For those who want to dine in the bay breezes, there is a 75-seat patio that can also be closed or opened with a floor-to-ceiling sliding-glass wall.

The beverage program, crafted by Lori Harvey and Kris Sowell of Ladies of Libation, will features wines that pair well with seafood, local craft beer and cocktails such as a watermelon mezcal margarita, a house Old Fashioned, and seasonal variations on mules.