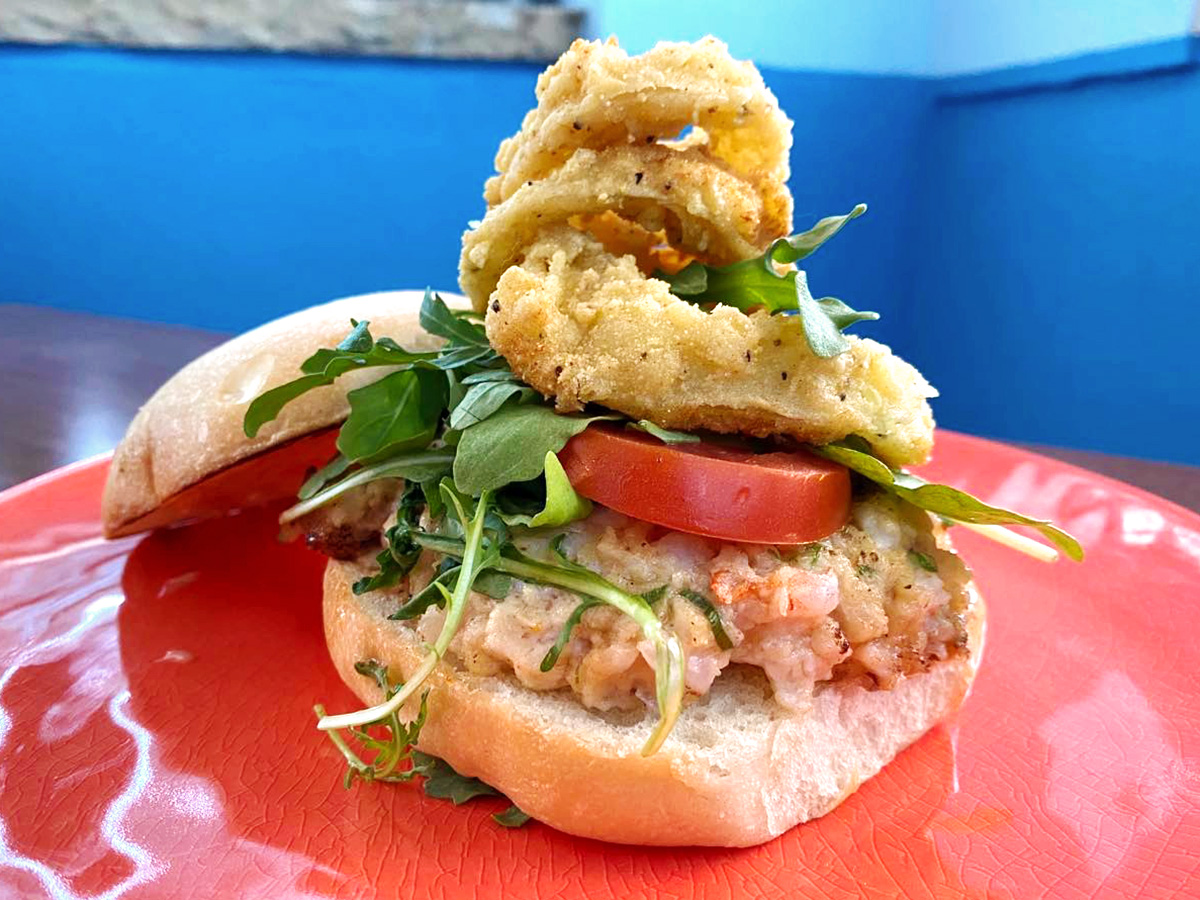 Alli Jarrett, owner of long-running Heights restaurant Harold’s, is opening her second brick-and-mortar restaurant. Low Tide Kitchen & Bar, a seafood-focused concept, is debuting in Spring Branch on August 22 at 2030 Bingle. The new space seats around 100 guests in the main dining room, has two private porch rooms and an outdoor area for additional seating.

If the name sounds familiar, it’s because Low Tide was previously a stand in downtown’s Finn Hall. Low Tide closed during the COVID-19 pandemic, and did not reopen when the shutdowns ended.

The menu features Gulf and East Coast dishes, many of which draw from Jarrett’s youth in South Carolina. In addition to both both raw and boiled seafood, there are two soups — chicken and sausage gumbo and crab soup — as well as a selection of appetizers such as fried Oyster Nachos and Crawfish Dip and Chips.

The menu has a few salad options, and enough different sandwiches, tacos and enough burgers to satisfy most diners. Those choices include an Oyster BLT, shrimp po’boys and a variety of burgers. The Bingle Burger, features a traditional beef patty, but other protein choices include chicken, shrimp patty and a vegan patty made with butter beans. Also, diners can order any burger bun-less and ordered instead as part of a bowl with fresh greens or quinoa.

For plated entrées, diners can choose from seafood dishes such as shrimp and grits and grilled salmon. Other choices include pasta bowls, fried chicken and mashed potatoes and a surf and turf combo.

Low Tide also has a handful of desserts, such as Aunt Dot’s Blonde Brownie and Beach Bread Pudding topped with cinnamon and a vanilla sauce.

For drinks, the restaurant offers a full bar with cocktails, beer and wine. A few cocktail examples are The Causeway with gin, lemon, turbinado, berries and lemon and berry garnish, and The #34, which implements whiskey from Fort Worth distillery Silver Star, yellow chartreuse, lemon juice, honey simple syrup and a lemon twist garnish. Non-alcoholic options include mocktails, coffee and espresso beverages.

Low Tide Kitchen & Bar is initially only open for dinner service. The hours are Sunday to Thursday from 4 to 9 p.m. and until 10 on Friday and Saturdays. Jarrett intends to add breakfast, lunch and brunch services later.

Disclosure: Harold’s Restaurant & Tap Room is a valued sponsor of this publication. Find out how you can become a company sponsor or supporting reader by emailing us.