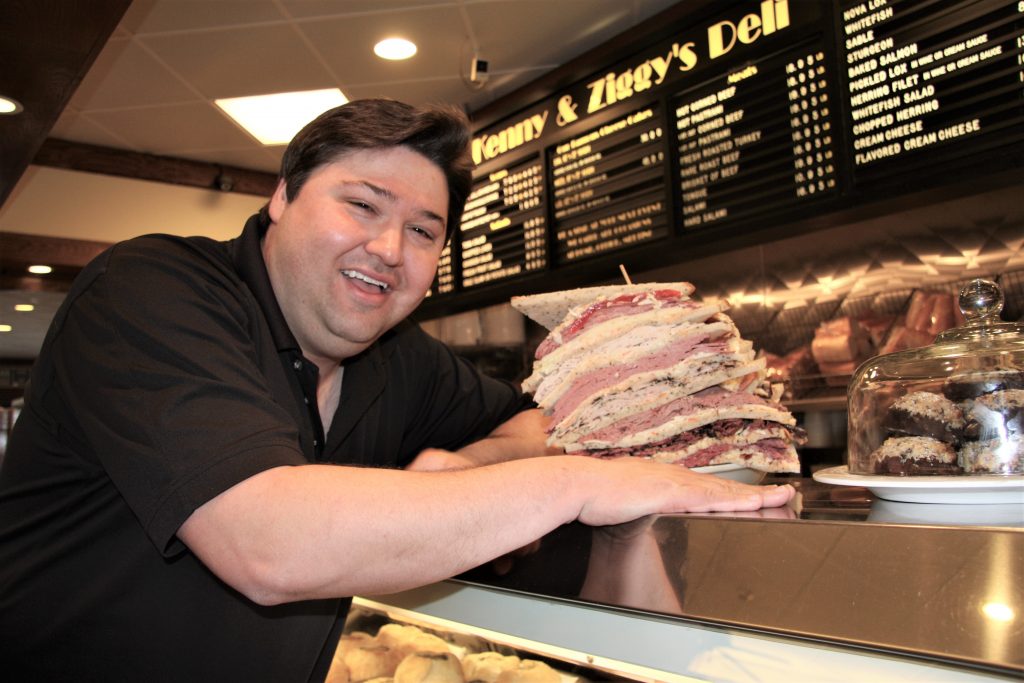 A favorite New York-style deli, currently celebrating 21 years in Houston, is getting some bigger digs. Kenny’s & Ziggy’s original deli location at 2327 Post Oak Boulevard is moving to the former Luby’s space located just down the street at 1743 Post Oak. In June, it was announced that Luby’s assets are being sold in order to pay debts and raise funds for shareholders. As part of these efforts, the company did not renew the lease on its Post Oak space.

That vacancy turns out to be a good break for Kenny’s & Ziggy’s, because moving is an absolute necessity. The strip center where the deli is located is scheduled for demolition. No timeframe was provided for tearing down the building, but in a press release, representatives for the restaurant say that Kenny & Ziggy’s will continue to operate in the current space until the move, which is currently expected to happen in mid-2021.

The new, bigger space provides the opportunity to double seating capacity and offer additional services. The main dining room will have 100 more seats than the current location (bringing the total seating to 300), the private Schmooze room will gain 40 seats and there will also be a patio, as well as a dining counter.

A major new addition will be a cocktail bar that will feature signature drinks and a happy hour. New non-alcoholic drinks are coming, too. There will be a new soda fountain and coffee bar that will offer ice cream sodas, sundaes, cake, craft coffee drinks (made by baristas, no less) and pastries. Those sweets, by the way, as well as breads, will come courtesy of a new in-house bakery. All the upgrades should also help accommodate Kenny & Ziggy’s nationwide shipping service, which operates via the Goldbelly website.

Like the current location, customers will be able visit a full-sized deli counter and purchase popular meats, cheeses and side dishes to take home. Not to worry, the new location will continue to sport the original’s popular Broadway-themed decor and artwork, all nods to the the Rialto Delicatessen, which Gruber’s grandfather opened near the Rialto Theater in New York City in 1927. It was the first Jewish deli to open on Broadway.

(Note: the West University location is currently closed due to the difficulty accommodating the state’s COVID-driven seating and capacity requirements.)

Houston Food Finder1 day ago
ICYMI: Even when a new President gets sworn into office, we've still got food on the brain. Our associate editor Ellie Sharp asked, "What were the Presidents' favorite dishes"? She's got some answers — and noted a few Houston restaurants with significant presidential ties.
#houstonnews #inauguration2021 #president #houstonrestaurants