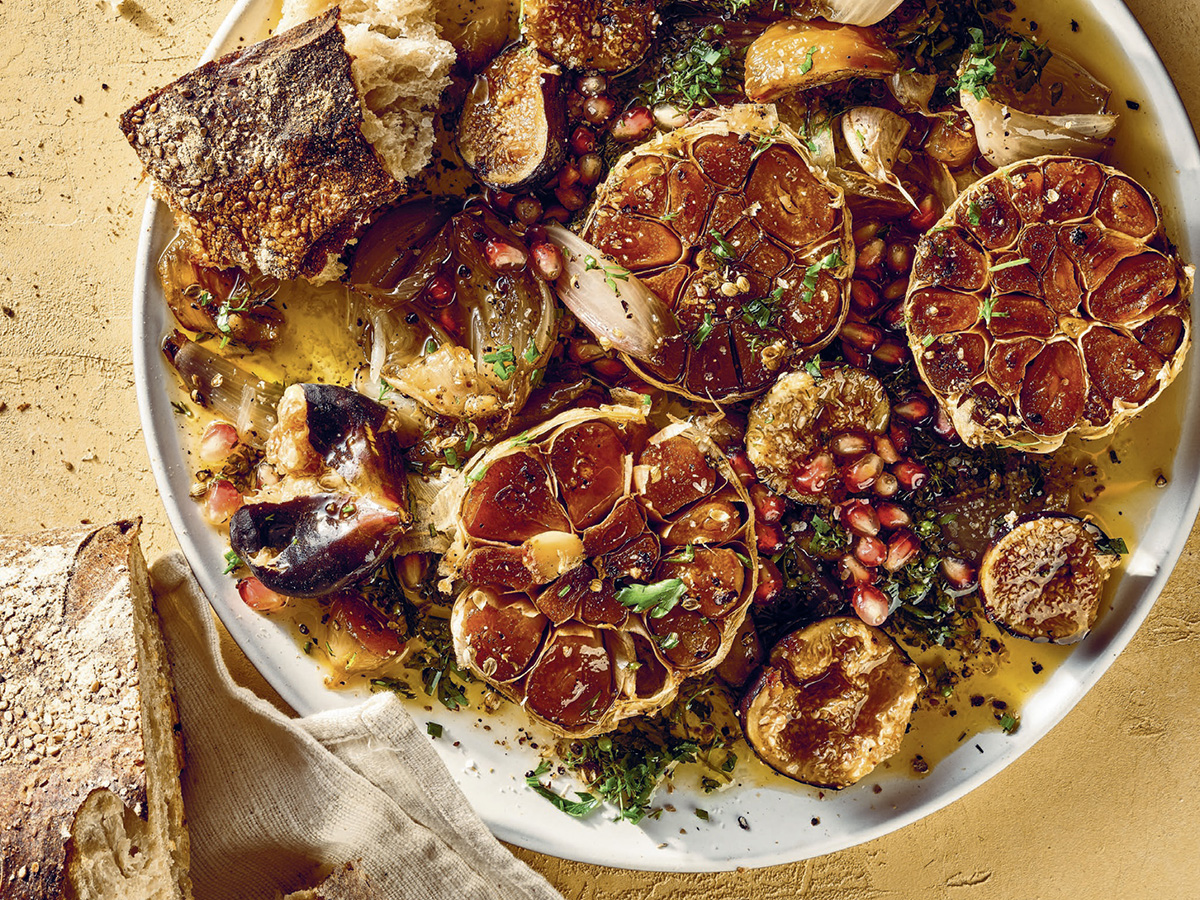 Anita Jaisinghani, the multiple-time James Beard Award semifinalist and nominee chef and owner of Pondicheri, has long been a well-regarded fixture in Houston’s culinary scene, leveraging her in-depth knowledge of Indian cuisine to win fans of her cooking. From 2001 to 2016, she operated her modern Indian bistro, Indika, first in Memorial and then in Montrose. These days, her loyal following flocks to Pondicheri, which she opened in 2011, and the upstairs Pondicheri Bake Shop for coffee, tea, baked goods, pastries and savory fare. (At one point, she even operated  even a Pondicheri in New York City that received a positive review from New York Times critic Pete Wells before it closed in 2020.) Now, Jaisinghani is sharing her knowledge in her new cookbook, “Masala: Recipes from India, the Land of Spices.”

The three foundations of Jaisinghani’s approach to food and the recipes in “Masala” are her upbringing in the Indian state of Gujarat, her experience as a Houston chef and her belief in Ayurvedic tenets, which are over 4,000 years old. The latter is complicated, and “Masala” includes a primer for those who want to learn more. To greatly simplify: Ayurveda adherents regard food as medicine; everything you eat can affect your personal balance and health.

Growing up in India, Jaisinghani was exposed to her mother’s native Sindhi cuisine (“Masala” is dedicated to her) and her friends’ vegetarian Gujarati food. Cooking in Houston, she learned to use local ingredients, such as Gulf fish, and adapted to Texas’ finicky growing seasons, which range from blissfully temperate to the blazing-hot, the unforgiving period I jokingly call “radish season.” (Fellow editor David Leftwich calls it “okra and eggplant season.”) In the book, Jaisinghani says she once told a food writer, “Asking me to cook Indian food in America without using local ingredients is like asking me to live here but not breathe the air.” After many years of cooking at home, her first venture in adapting her approach to cooking for the marketplace was selling homemade chutneys to Whole Foods. She then worked for James Beard Award-winning chef Robert Del Grande at his landmark Southwestern restaurant, Café Annie.

Jaisinghani — who holds a degree in microbiology  — has condensed her years of experience into a cookbook that provides information and techniques for home cooks to dive as deep into the cuisine as they want. With the book’s guidance, you can make your own ghee and yogurt, and even ferment your own dosa batter.

You can jump right in and try a recipe, but that can be trickier than it sounds if you don’t already have a collection of Indian spices. (You did notice the cookbook has “Spices” in the name, right? It features four masala recipes and no less than 34 helpful pages cover the topic.) Some that I didn’t have in my own spice stockpile include ajwain seeds (needed in samosa dough), fresh or dried fenugreek leaves and seeds, and kari (curry) leaves. Until I remedy that, several recipes were out of my reach — but I still look forward to making these.

My husband and I are striving to make more meat-free dinners. When looking for a gateway recipe in “Masala,” I was delighted to find Punjabi Cauliflower. It’s an easy weeknight dish. The ingredients are accessible and include staples such as fresh ginger, tomatoes, onion and garlic. I always have garam masala, which you can find in most grocery stores (you can also mix your own at home, a recipe is included). Two ingredients that might be a little harder to find are black mustard seeds, which I had recently bought for another Indian dish, and ghee. A tip for people like me who don’t necessarily have a stock of ghee around: you really do want to use it, not straight butter. The mustard seeds need to be popped in the ghee. If you use unpurified butter, the solids are going to burn before this happens. Put in the planning and effort and make a batch. You can also now find it at many grocery stores.

The dish was a hit at our house. My child and their roommate were over for dinner, and they loved this spiced, simmered cauliflower dish as much as my husband and I did.

For the nights we want meat, I’m eyeing Jaisinghani’s Homestyle Butter Chicken recipe — a crowd-pleaser if there ever was one. I just need to get the nigella seeds for the chicken marinade and dried fenugreek leaves for the famously fragrant sauce. One of the most delightful aspects of “Masala” is when Jaisinghani customizes a foundational recipe, amping up the intrigue and flavors. In this case, she provides a butter chicken variant called Chicken 25 that adds caramelized onions and additional spices. She also provides dairy–free and biryani (rice dish) variants.

Another example of Jaisinghani’s creativity is Masala Garlic Ghee, which is served with warm bread or crudités. It’s easy to make. You don’t even have to peel garlic; just chop the tops off of whole bulbs and roast them in butter. Who needs dinner after this? Why not just eat warm bread with soft garlic and ghee all night? This is my idea of a good time.

I treasure my collection of about 70 cookbooks, and the Houston section is the one that’s closest to my heart. Most are signed. Each invokes memories from a life beyond the pages, such as breaking bread with friends at that chef’s restaurant or meeting that chef for the first time. “Masala” will take an honored place on that shelf alongside other Houston chefs’ cookbooks that explore Italian, Southern, Mexican, Latin and Texas regional cuisines, like good ol’ barbecue and Tex-Mex. It’s representative of the medley of cuisines that make Houston a remarkable food city. Jaisinghani’s work, both at Pondicheri and in “Masala,” is an important part of that mix.

Masala is available for in-person purchase at Pondicheri and online at Amazon.

Disclosure: purchases from links in this article will generate a small commission, which helps support our work. For this article, Houston Food Finder received a review copy of the book.