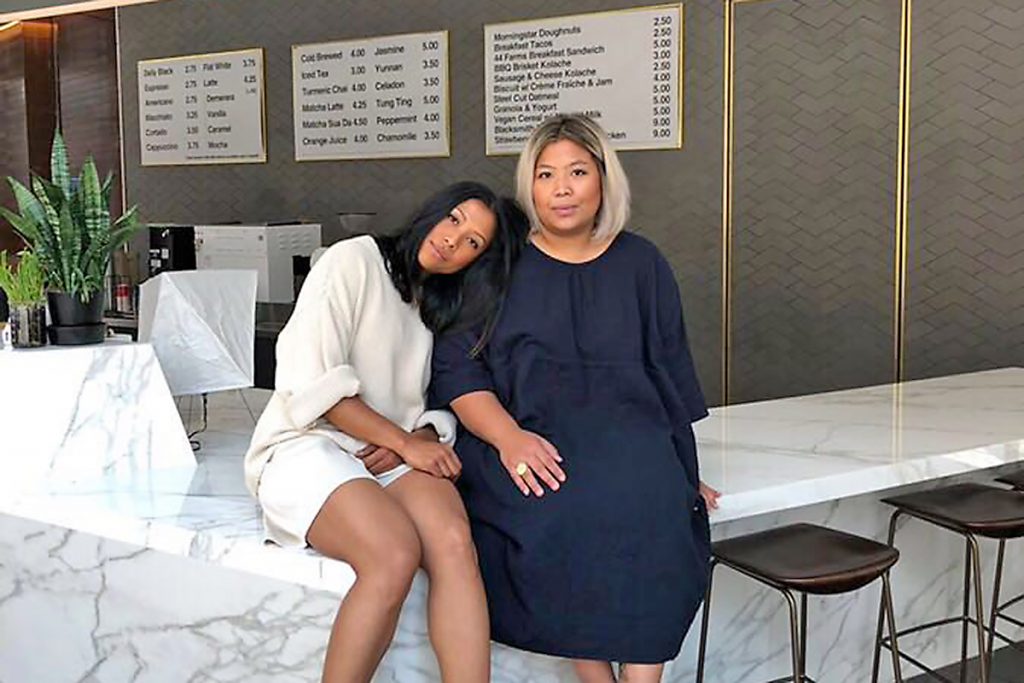 Politan Row Houston, described as “a mid-century inspired global food hall,” is taking shape at 2445 Times at the intersection of Kelvin in Rice Village. The first four food and drink stands are now revealed and some of the operators are going to be familiar to Houston diners. Ultimately, Politan Row is set to open this fall and its 7,350 square feet of indoor and outdoor space will be home to a dozen different food and drink concepts.

The company behind the new food hall is PolitanGroup. Founded and operated by Will Donaldson, PolitanGroup is now something of a serial food hall opener. In addition to the original Politan Row in Chicago, which debuted in May, the company also runs food halls in New Orleans and Miami.

In fact, a bit of that foundational history flows through Politan Row Houston. The beverage director, Sophie Burton, is developing a “spirit-forward” beverage program for the hall’s cocktail bar. Other Chicago establishments on her résumé include One Off Hospitality Group’s excellent Dove’s Luncheonette and casual next door neighbor Big Star in Wicker Park. For Politan Row Houston, the plan is for the cocktails to be simple and the bar to have an overall focus on agave spirits (such as tequila and mezcal).

Politan Row Houston is also the site for a unique business by Greenway Coffee alums called Susu Kopi and Boba. While a new place to eat and drink owned by people associated with Greenway Coffee is nothing new (Morningstar, Tropicales, Coral Sword and Blacksmith are other examples), what is new is that Susu was formed under a parent company called Thoughtful Endeavors. Greenway co-owner Ecky Prabanto, her sister, operations director Niken Prabanto and Greenway Coffee’s other co-owner, David Buehrer, are the principals. As indicated by the name, Susu is serving boba tea, but also soft-serve ice cream in Indonesian-inspired flavors.

“After years of managing the original Greenway Coffee in Greenway Plaza and Prelude Coffee & Tea in the Hines Tower downtown, my sister and I wanted to bring more of our culture into what we do,” said Niken. “Politan Row was the perfect opportunity for us to celebrate not only our Indonesian heritage but intertwine it with two things we love — boba tea and soft serve!”

“While coffee has become a staple of our company Greenway Coffee, I am confident my passion for boba and Indonesian flavors will be a perfect combo for this fun concept,” added Ecky Prabanto. “I’m excited to share with our customers new and old these flavors we love from back home.”

Victoria Elizondo of Cochinita & Co. (and also currently sous chef at Decatur Bar & Pop-Up Factory), is thrilled to finally have a space for her Mexican cuisine after years of only being able to do one-off gigs. “I have been doing pop-ups around bars and coffee shops for three years,” she said. “The plan to open a restaurant was not successful last year, so this opportunity feels like final compensation for lots of hard work and patience.” At Politan Row, she’ll be serving “hyper-local progressive Mexican tacos and ceviche.”

Also making a transition to a permanent space is Phillip Kim of Breaking Bao. Some examples of Breaking Bao’s fillings include pork belly, Thai-style ground beef and fried chicken. Up to this point, it’s been a food truck operation that’s rolled from one gig to the next. “The biggest difference between a truck and a permanent location is consistency,” said Kim. “On the food truck, we didn’t know how many days a week we’d work. One week we could be out twice a day six to seven days a week. The following, we may only be scheduled for 3 days. There’s also the weather. You could have an awesome event or schedule lined up, only to be ruined by unpredictable rain or excruciating heat. The unpredictability in our schedule also makes it tough for our fans to come find us, but now they know where to catch us whenever they’re craving our baos.” Once Kim is established in the new spot, he’s putting the truck up for sale.

There are still eight vendors yet to be announced. Also, food purveyors who want to discuss potential concept ideas with PolitanGroup can visit this webpage and fill out a form.