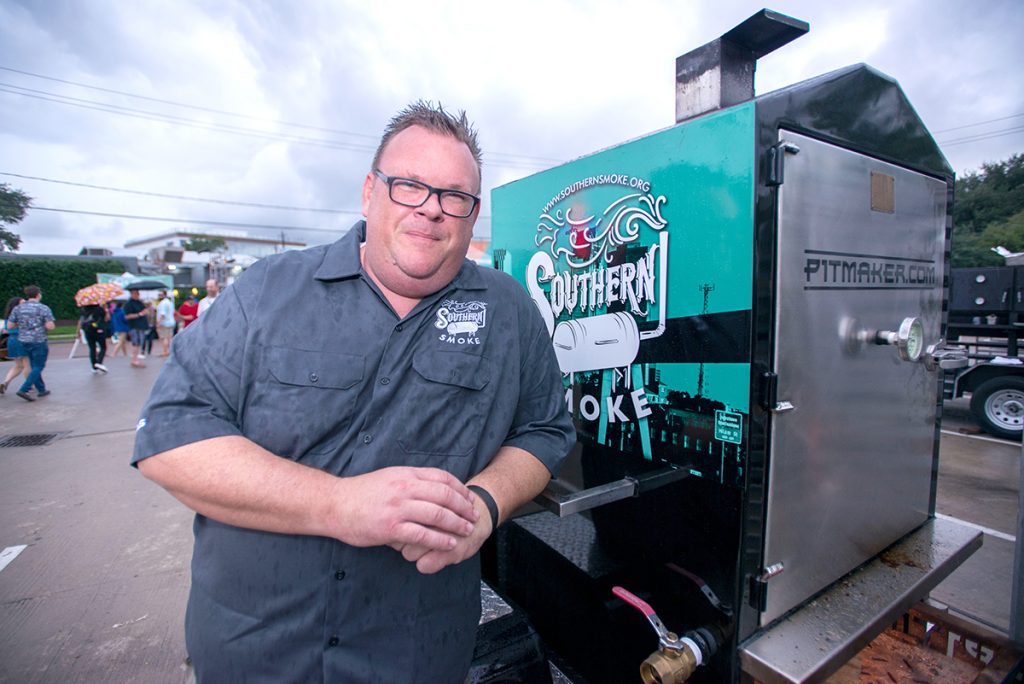 POSTED: February 22, 2021 12:56 pm   /   BY Phaedra Cook   /   comments (0)
Share
Ever since Hurricane Harvey hit in 2017, the Southern Smoke Foundation has maintained a fund to help food and beverage workers affected by disaster and unemployment. That existing resource proved extremely helpful as restaurants and bars were shut down due to the COVID-19 pandemic in 2020.
Now, following a week when a brutal winter storm caused restaurants and other hospitality businesses to shut down once again — meaning a lost week of revenue for employers and lost wages for employees — Southern Smoke Foundation co-founders Chris Shepherd and Lindsey Brown have launched a specific Texas Winter Storm Relief Fund. While a dedicated page on the website about the fund is still forthcoming, the description of its purpose can be read on the Southern Smoke Foundation homepage as follows:

[The] Texas Winter Storm Relief Fund is to provide financial assistance to industry workers in Texas that have been dealt yet another blow with the winter storms that have not only shut down restaurants (again) and frozen crops but, in many cases, also damaged their homes.

In other words, last week’s winter storm didn’t only cut into hospitality workers’ wages. Thousands of homes across the city had frozen pipes which later burst, causing wet sheetrock to cave into living areas. There’s not only a shortage of available plumbers, but also plumbing supplies. Farmers across southwest Texas lost crops and ranchers lost livestock. Concurrently with their personal hardship, many restaurant owners still prepared meals for Houston’s widely suffering population. After years of one catastrophe after another, at this point you can pretty much say, “It’s just what they do.”

One of the first major contributors to the fund is electricity trader Adam Sinn. An owner of several micro-power plants, Sinn is donating $400,000 to the fund. He believes this reflects his financial gains from the Texas power grid failure, since afterward ERCOT drastically raised rates per kilowatt hour.

“I understand the grid operators didn’t want to experience another wave of blackouts on Friday morning – their forecasts had their reserve margins too tight and I am sure they were being cautious – but it’s not right for generators to experience a huge windfall while Texans endured such unnecessary hardship,” said Sinn via a press release. “This is why I’m donating my profits from my plants, from Thursday at noon until Friday morning when ERCOT ended the price adder, to Southern Smoke. I encourage anyone who profited excessively to find a charity that helps Texans in need and write that check. I think it’s the right thing to do, and I hope other generation companies follow my lead.”

“I’m so grateful to Adam for stepping up and supporting Southern Smoke,” said Chris Shepherd, co-founder of Southern Smoke. “This incredible donation will help so many in our industry get through this crisis. Since COVID-19 began, we’ve granted more than $5 million to more than 2,400 people, and this fund will help us continue the work as a safety net to our industry and take care of our own.”

Those who wish to aid the Southern Smoke Foundation Texas Winter Storm Relief Fund can go online and contribute via PayPal.