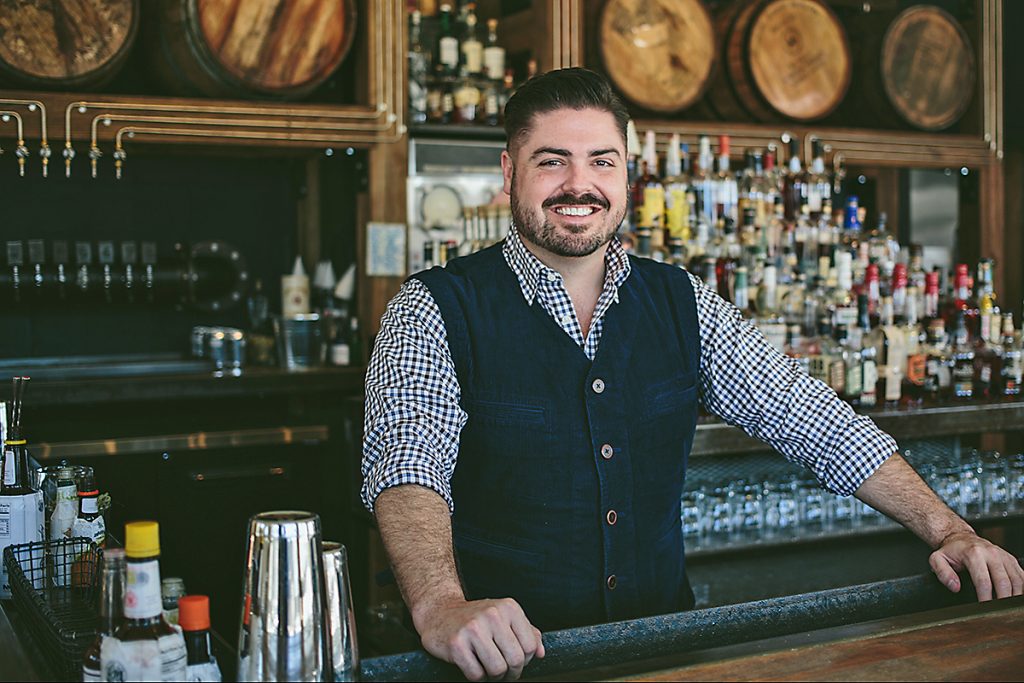 Morgan Weber's latest addition to a growing portfolio of businesses is a distillery.
Photo by Joshua Black Wilkins

Morgan Weber—who opened Coltivare, Revival Market And Eight Row Flint alongside chef Ryan Pera as part of Agricole Hospitality—is starting a new endeavor named Indianola Distilling Company. The company’s spirits will be available at Coltivare, Eight Row Flint and forthcoming Indianola, Vinny’s and Miss Carousel in early 2018, as well as other restaurants and retail stores in Houston and Austin. After that, a wider distribution plan will likely be implemented.

Weber has teamed up with Dave Pickerell, a master distiller who was with bourbon producer Maker’s Mark for 14 years. After his departure, he developed the very successful Whistlepig Rye.

In a unique twist, Indianola is using near-extinct varieties of corn, rye, wheat and barley in the spirits. Glenn Roberts at Anson Mills and David Shields at the University of South Carolina are helping Weber and Pickerell identify and locate seed stock and growers of these hard-to-find grains . Weber says these “would have been used decades and centuries ago before monocultures took over and genetic diversity was thrown out the window.”

Some spirits will be produced at Gulf Coast Distillery in Houston. However, there’s a straight Kentucky bourbon in the works as well. It’s made at Castle & Key Distillery in Millville, Kentucky.

The distillery was formerly home to the original Old Taylor Distillery, which was built in the 1870s by colonel E.H. Taylor. The mashbill includes Boone’s County White (a variety of white dent corn), malted barley, and rye. The bourbon is aging in Wisconsin Northern White Oak barrels that were air-dried and toasted by Speyside Cooperage. Good whiskey doesn’t happen overnight, so spirits aficionados will have to wait until 2021 to taste the results.

Fortunately, other spirits in Indianola’s portfolio will be ready in 2018. These include Texas Heirloom Sorghum Whiskey, made with sorghum sourced from the Anderle family in Yoakum, Texas. Using a base like that is akin to making rum from sugarcane. However, due to U.S. regulations, Indianola’s sorghum spirit has to be called a “whiskey.” The final spirit should be “bright, grassy and floral,” according to Weber.

Some extremely limited releases are planned, too. Indianola acquired the entirely of two spirits formerly produced by Carlos Lovell in Georgia: Ivy Mountain Appalachian American Whiskey and Ivy Mountain Georgia Belle Peach Brandy. There are only nine barrels of the latter. Both will be released in limited supply batches, as well as a biannual release of Peach Cask American Whiskey; that is, the Ivy Mountain Whiskey aged in the Georgia Belle Peach Brandy Casks.

It’s a pretty good bet that should Indianola Distilling Company’s spirits turn out to be as intriguing as they sound, a ready market of collectors and fans will be anxiously waiting to appreciate them.