Moguls, Murders and Other True Crime Stories Behind Some of Food’s Biggest Brands 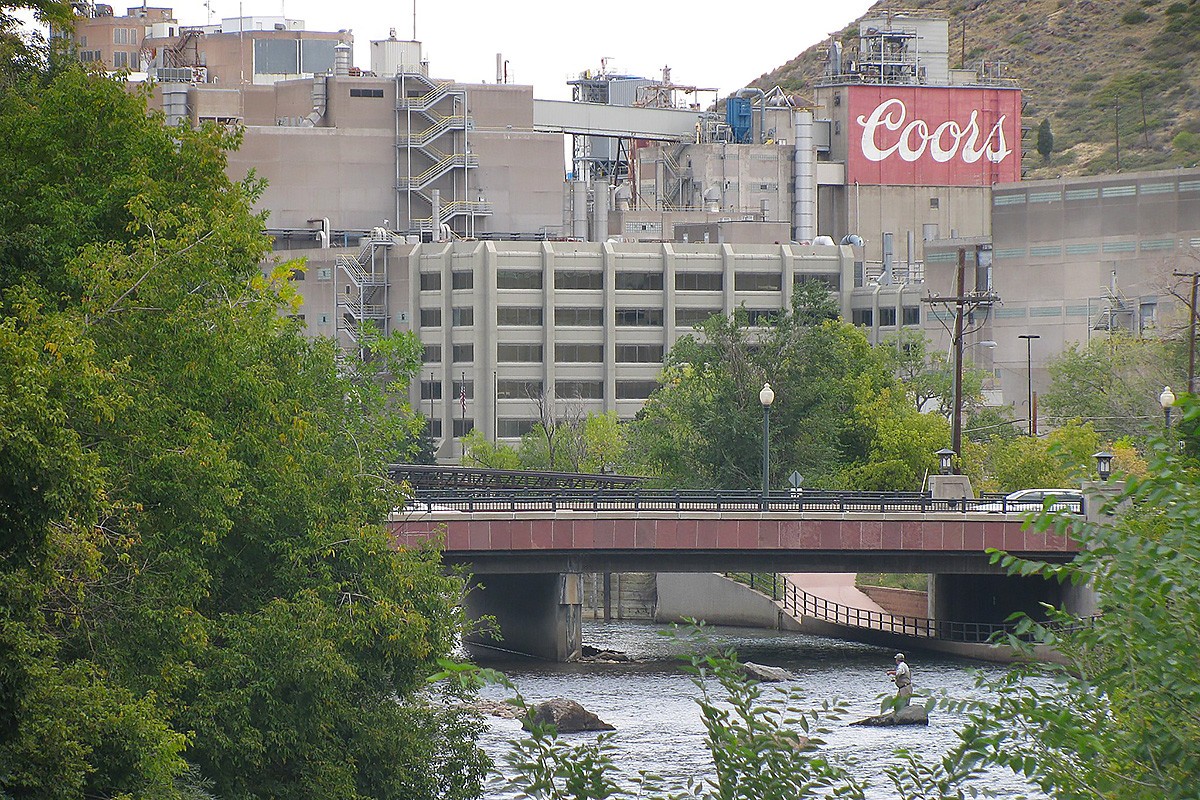 Adolph Coors III, grandson of the Coors Brewery founder, is among historic figures in the restaurant world targeted for ransom. Yassie / CC BY-SA

You never know where a story’s going to lead. After my article on meals to make for under $3 with ingredients from Aldi, our readers shared surprising information about the grocery store chain, and one in particular relayed a dark part of Aldi’s history. Reader and wine professional Pablo Valqui revealed that one of the founding brothers, Theo Albrecht, had been kidnapped for ransom. Being a consumer of many forms of true crime media, from shows to podcasts to books, that took me on a research journey. It turns out that food and beverage history has enough kidnappings, disappearances and murders for a true crime series.

Most are thankfully long in the past, and generally the targets were heirs to big-name businesses. Before chefs took center stage in the 1990s, restaurateurs and owners were often the names to know in the food world. Perceived as wealthy and glamorous, they became targets for nefarious characters looking to cash in. Here are some of some of the stories about food and beverage moguls being kidnapped over the years. Fair warning: some of these are quite gruesome.

Paul Maccabee, author of “John Dillinger Slept Here: A Crooks’ Tour of Crime and Corruption in St. Paul”, described the city as Walmart for gangsters. Under the direction of chief of police John O’Connor, criminals were told that St. Paul could be a refuge as long as they kept their illegal activity outside the city. The police in St. Paul were so cozy with criminals that when entering the city a gangster could introduce themselves to cops and get anything from a place to stay to advice on how and where to launder illegally gained money.

In June 1933, William Hamm Jr., president of the Theodore Hamm Brewery, was kidnapped outside his home in St. Paul just before his usual lunch time. The gang was aided by St. Paul police, who provided knowledge of Hamm’s schedule and information about police activity during the ensuing investigation. Police executive Tom Brown received $25,000 for his help. The Barker-Karpis gang took Hamm to Illinois and held him for a ransom of $100,000.

Within a few days, Hamm was returned safely, but the case reshaped the Minnesota legal system. The kidnapping revealed to residents that their complacency toward corruption in their police department was no longer acceptable. No longer were gangsters merely selling them alcohol; they were a true threat to decency and safety. A group of citizens eventually wiretapped the police department and exposed dozens of corrupted officials. By 1935, much of the police force had been forced to resign or were facing real jail time.

The Barker-Karpis gang broke up shortly after a subsequent abduction of Edward Bremer (who just so happened to be friends with President Franklin Delano Roosevelt), and some of the gangsters were killed in a famous 1935 shoot-out with the FBI, which caught them by using a technique to raise latent fingerprints from paper ransom notes. It was the first attempt at thos forensic technique in the bureau’s history.

On February 9, 1960, Adolph Coors III, grandson of Adolph Coors who founded the Coors Brewing Company in Golden, Colorado, was kidnapped on his way to work by Joseph Corbett Jr., who’d previously been convicted of murder in 1951. After being sentenced to a maximum-secruity prison, Corbett was eventually transferred to a less-secure prison and escaped. The day after Coors’ kidnapping, his wife, Mary, received a ransom note demanding half a million dollars for his safe release. The note triggered the FBI to begin a manhunt, which was the largest effort since the kidnapping of Charles Lindbergh Jr. (also known as the Lindbergh baby). Tragically, on September 15 a shirt belonging to Coors and his skull were found near Pikes Peak. He had been murdered by Corbett on the same day as the kidnapping because he had fought back. Corbett was arrested and convicted of the murder in 1961 and sentenced to life in prison. He was released on parole in 1980 for good behavior and maintained his innocence until 2009 when he died by suicide at the age of 80.

Grocery chain Aldi was founded in Germany in 1946 by brothers Theo and Karl Albrecht. Later, they split the chain into two groups, Aldi Nord and Aldi Süd. In 1971, Theo was kidnapped for 17 days. He was held at gunpoint by Heinz-Joachim Ollenburg, a lawyer, and his accomplice, Paul Kron. A ransom of seven million German marks (worth approximately $2 million in United States dollars at the time) was paid for his release and delivered by the Bishop of Essen. Kron was caught when he was shopping and paid with a 500-deutschmark bill. Ollenburg was arrested in Mexico and extradited. Both were sentenced to eight-and-a-half-year sentences. Ollenburg claimed that the duo split the 7 million and his 3.5 million was recovered. Kron claimed that he had only been given a few thousand Deutschmarks. The remaining 3.5 million has never been recovered. Ollenburg died in 2017 at 93, taking the secret of the missing money to his grave.

Brothers Jorge and Juan Born were top-level executives for their family’s Buenos Aires-based multinational corporation, Bunge & Born, in 1974. Bunge & Born — now known as Bunge Limited — was an Argentine corporation that focused on processed foods, cereal exports and commodity futures trading. At the same time, there was a group called the Montoneros, which supported Peronism, named after late president Juan Perón who supported worker’s rights and introduced many social programs for the working class. On September 19, 1974, members of the Montoneros kidnapped the brothers from their limousine, killing their driver and another passenger. Bunge & Born paid a $60 million ransom, which went to finance the Montoneros operations as well as pay for $1.2 million worth of food and clothing for the poor. Bunge & Born relocated to Brazil and Mario Firmenich. The leader of the Montoneros, was sentenced to life in prison in 1987 for the kidnappings as well as the murders of several business people and politicians. He was pardoned in 1990 by president Carlos Menem and now lives in Spain, teaching and researching at the University of Barcelona.

Philanthropist and animal welfare advocate Helen Brach was married to Frank Brach, one of the owners of the E.J. Brach & Sons Candy Co. She disappeared on February 17, 1977 after a doctor’s visit at the Mayo Clinic in Rochester, Minnesota. She was due on a commercial flight back to Chicago but the crew on board reported that they didn’t see  her on board. The New York Times reported that her estate was estimated to be worth as much as $30 million in 1984 when she was declared legally dead. Her disappearance — and likely murder — was later linked to a horse-killing scandal, according to The New York Times. The scheme involved stable owner Richard Bailey, who grifted widowed wealthy women into buying horses and then killing the horses to collect insurance money. He was convicted for defrauding Brach, sentenced to 30 years in jail and released in July 2019. Brach’s body has never been recovered. 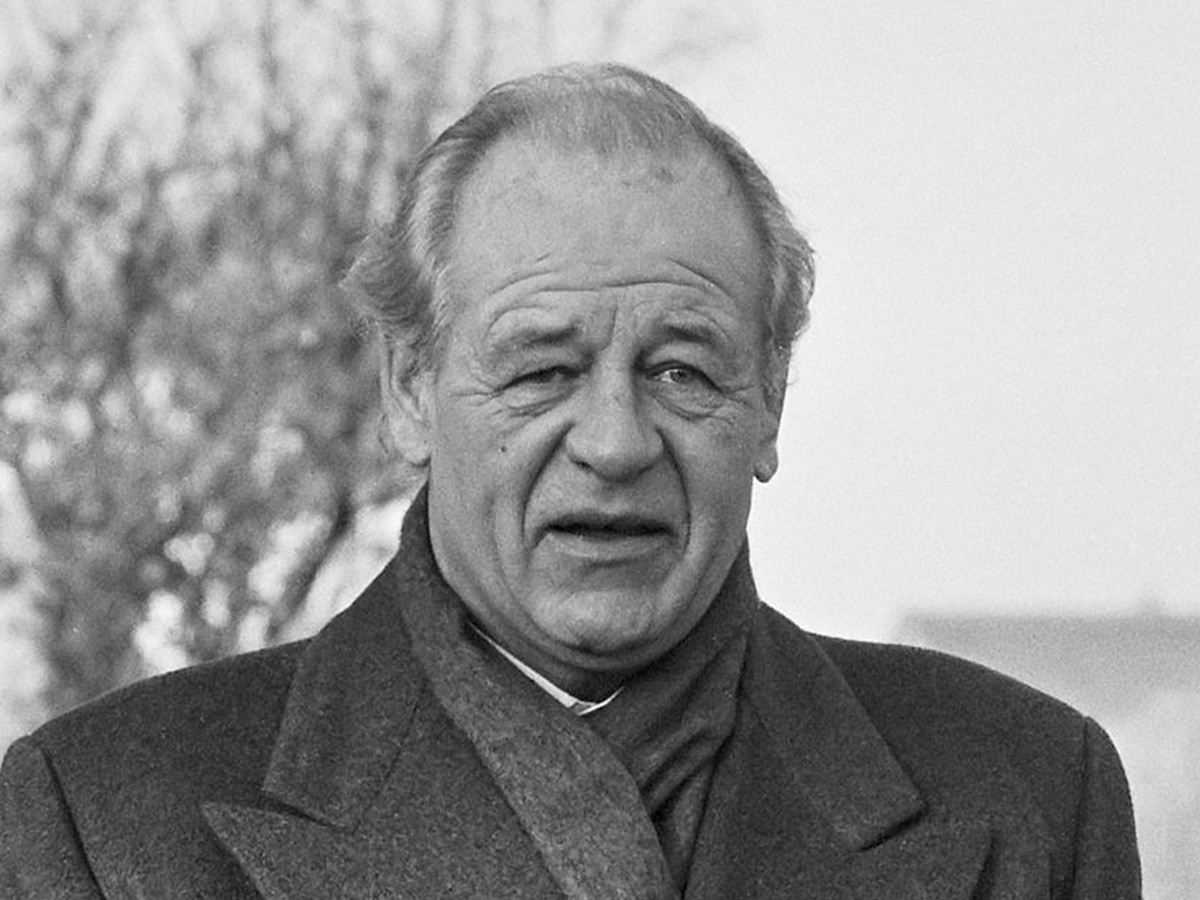 Like Adolph Coors III, Freddy Heineken was the grandson of a beer mogul. Though the family had lost control of the brewery around the time Heineken joined the company in 1940, he eventually acquired a majority share in the company and was appointed Chairman of the Board  in 1971. On November 9, 1983, Heineken and his driver Ab Doderer were kidnapped at Heineken’s headquarters. According to the New York Times, Heineken was abducted just after hosting a luncheon “given for policemen who foiled an attempt to extort millions from his brewery.” The duo were kidnapped by a group who’d been planning the kidnapping for quite some time: Cor van Hout, Willem Holleeder, Jan Boellaard, Frans Meijer and Martin Erkamps. They demanded 35 million Dutch guilders (roughly 15.8 million Euros). Heineken and Doderer were kept chained in an underground cell before police finally rescued them.

Heijn’s grandfather Albert founded a Dutch grocery store in 1887, which ultimately became retail giant Ahold. Today,  the corporation owns Food Lion, Giant and Stop & Shop, as well as several other companies in Europe and the Americas. Heijn eventually became vice president of the company and his older brother Albert Jr. was CEO. On September 9, 1987, Ferdi Elsas, an aerospace engineer who’d turned desperate and violent after personal and financial issues, kidnapped Heijn near his villa in Bloemendaal in the Netherlands and murdered him mere hours after his abduction. Elsas demanded a ransom from the family, not revealing he had already killed him. Over the course of several months, Elsas was sent over $4 million in payments while sending back gruesome offerings as proof of life such as Heijn’s severed finger and even his eyeglasses. In January 1988, police captured Elsas by tracing the guilder notes (Dutch currency) used in one of the ransom payments. Heijn’s body was eventually recovered and cremated. Elsas served a prison sentence and was released in 2001.