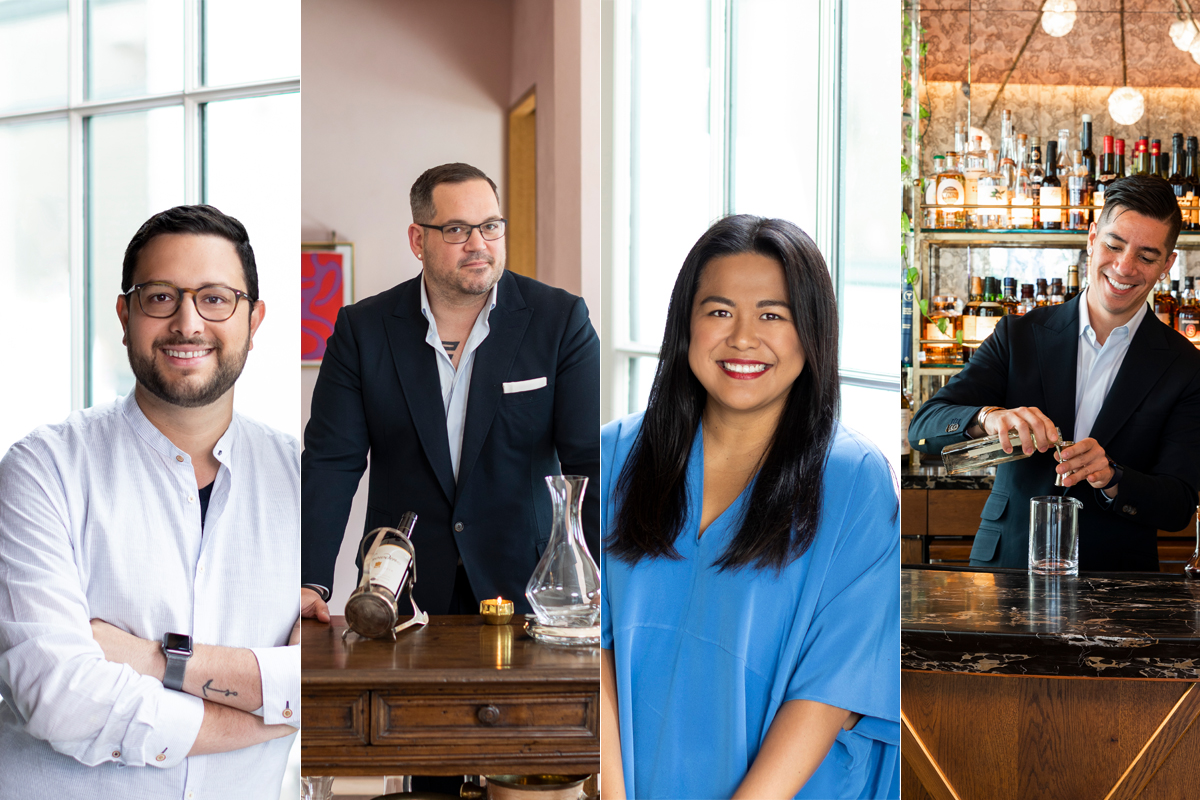 Esquire magazine has released its Best New Restaurants in America list for 2021, and March, which opened in Houston’s Montrose neighborhood on the last day of its namesake month, is residing among the top 10. Writer Joshua David Stein hailed it as “a steady movement toward the avant-garde.”

Specifically, the restaurant under chef Felipe Riccio and Master Sommelier June Rodil, is number six on the list.

Another Houston tasting-menu restaurant made the top 40. Degust at 7202 Long Point, now under chefs Javier Becerra and Erico Mackins after the departure of opening chef Brandon Silva, landed at a very respectable 17. Stein described it as “the right kind of weird” and cited the double-fried octopus tentacle with garlic-and-orange-infused buttermilk and baba with yogurt and Castelveltrano purée as strong examples of the Japanese-influenced Spanish and Mexican fare.

The dishes that Esquire specifically applauded from March’s current menu, which focuses on Andalusia and Murcia in southern Spain, are the tortillas with angulas (tiny eels) and mariscos en conserva (in this case, the preserved seafood is clams in jamón fat).

Burling, a graduate of both the French Culinary Institute in New York and Le Cordon Bleu in Paris, has seven years of experience as a cook at Hartwood in Tulum, Mexico. For her last three years, she was the head chef. According to a press release, Burling’s work at March includes, “recipe development, kitchen management and supporting the culinary teams at both MARCH and Rosie Cannonball.”

Villar-Martin, a trained chef and world traveler, has worked in hotels, coffee shops and high-end restaurants in diverse cities such as Tijuana, Sydney and San Diego. She didn’t have too far to go when relocating to Houston, though, as her most recent work was with Arrive Hotels in Austin. According to her, she moved to Houston “on a whim because she was intrigued by the food scene.”

March offers six- and nine-course tasting menus that change regularly to focus on different parts of the Mediterranean. Currently, it’s showcasing inspired cuisine from Andalusia and Murcia in southern Spain, and that menu will be served until January 8. The next theme will start on February 10, end sometime in August and explore Occitania, which is in southern France. Some of the cities in the region include Bayonne, Bordeaux, Marseille and Nice. The culinary touchstones that March will take inspiration from include bold ingredients such as garlic, olives, salted fish, olive oil and shellfish. Other important ingredients of the area include cheese, duck and butter.

If you make a reservation, dining at March should be viewed as an investment in a special experience. The six-course “Discovery” tasting menu is $175 and the nine-course “Exploration” menu is $225. Adding either the wine or cocktail pairings to the nine-course is $90 and $125, respectively. (For the six-course, the price on the wine pairing drops to $70 and the cocktail to $95.) There’s also a sherry pairing for $110 ($70 for the six-course) and a premier wine pairing for $180 ($140 for the six-course). Reservations must be made through Resy, paid for up front and there’s a 20% added “service fee” (which is actually gratuity).

So, two people going in for the full experience should expect to pay $807.98 — and that’s if they decide to not leave extra gratuity. For some diners, that’s out of the question, but for those who make a priority of visiting the very best restaurants, March is one to add to the list.

March is only open for dinner from Wednesday through Saturday from 6 to 10 p.m. Reservations are accepted through Resy up to 60 days in advance — which is highly recommended, as this latest accolade means it’s likely to get booked into the future.

Houston Food Finder16 hours ago
Our Holiday Goodie Box is here, but it won't last long! We have just 21 of this edition left. Every one of our Goodie Boxes have sold out, and each includes approximately $150 of gift cards, merchandise and other swag from Houston restaurants, and food businesses. Don't wait, order yours today! #HFFGoodieBox #houstonholidays
2    View on Facebook

Houston Food Finder22 hours ago
Our latest Houston Food Finder podcast is with Chris Shepherd — and with all that he's got going on with his restaurants, it's a great way to catch up. Get Underbelly Hospitality's latest news straight from the chef's mouth, so to speak, and listen at the link below or in your podcast app of choice.