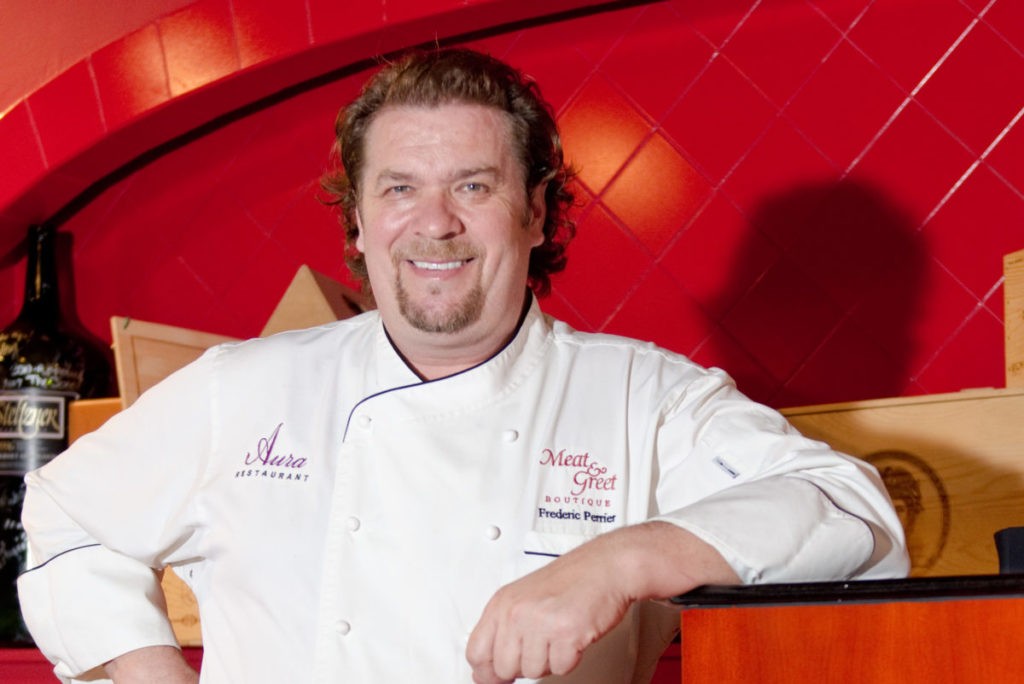 Chef Frédéric Perrier at the original Aura in Missouri City, circa 2012. Photo by Chuck Cook Photography

Frédéric Perrier has a more than 20-year history as a chef and restaurateur in the Houston area. He built his reputation at 5115 Grille and Perrier Café before deciding to keep his work closer to home. In 2007, he established French restaurant Aura in a quaint, New England-style shopping center in Missouri City. There, it exuded charm until he relocated it to Sugar Land Town Square in 2012.

Now, the chef and his wife, Michelle, have announced that they are selling Aura, effective January 3, 2017.

The change comes not quite two years after Perrier received the honor of being named a Maître Cuisinier de France, or Master Chef of France. All success comes at a price, though, and in his case, it was needing open heart surgery at the beginning of 2016. According to an email sent to Aura’s customers by Michelle Perrier, “Though his health is much improved, the realization that nearly 40 years in the kitchen has taken its toll has become too obvious.”

The email also states that the Perriers are definitely not out of the food business, though. They will remain involved with casual concept Hoggs & Chicks and Live Oak Grill in Sugar Land. Additionally, they are starting a yet-to-be-named catering company.

We’ve requested additional information on the sale of Aura and the Perriers’ future plans and will update this article if we get more details.

Houston Food Finder23 hours ago
🍾 Get a start on your holiday shopping with our list of "Holiday Wine Recommendations from Houston’s New Iron Sommelier "! ⁣