Killen’s Steakhouse in The Woodlands is Now Open — Updated 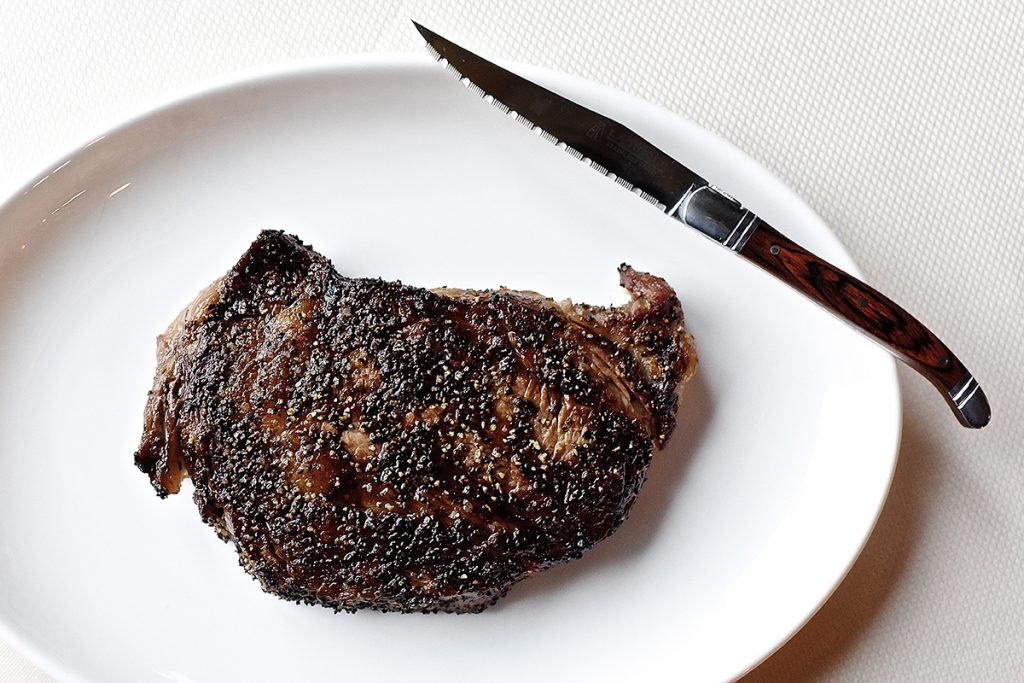 Steak from Nebraska corn-fed beef at Killen's Steakhouse in The Woodlands. Photo by Kimberly Park.

Multiple-time James Beard Best Chef Southwest semifinalist Ronnie Killen, known for his restaurants in Pearland as well as Killen’s STQ in Houston, just unveiled his second Killen’s Steakhouse. Located at 1700 Research Forest in the former Bob’s Steak & Chop House space, the new restaurant promises “world-class steaks and an award-winning wine program.” It’s the first time Killen has replicated any of his restaurants since opening his original steakhouse in Pearland in 2006.

The Woodlands is not actually short on steakhouses. With places like TRIS, Jasper’s, Perry’s, Kirby’s and Fleming’s all serving quality meat, it would seem that the area is rife with them. However, Killen has confidence in the burgeoning success of the region, not just in The Woodlands but also Conroe, Montgomery and Shenandoah. “It has a lot of growth potential,” said Killen via a press release. “Why not be a part of it?”

Residents may indeed find Killen’s aged steak program a cut above the norm. The beef served include American and Japanese Wagyu, USA Prime, Texas Akaushi, and Harris Ranch All-Natural Five Diamond Beef. Beyond steak, the menu features chicken fried steak, crab cakes and Cherry-Habanero Glazed Pork Belly. Sides are served family-style and diners can expect to see Killen’s creamed corn (which has quite the fan following at most of his other restaurants), mac and cheese and broccoli-rice casserole.

Just as she does for Killen’s other restaurants, pastry chef Samantha Mendoza curated the dessert menu for the new Woodlands location. The sweet endings include Croissant Crème Brûlée Bread Pudding, carrot cake, cheesecake and seasonal desserts.

With steak, a good wine list is a must. Killen’s Steakhouse diners can choose from over 700 types. In addition to popular labels, Deanna Killen says she also has fondness for small-batch producers. “A lot of times, they mirror our story: the little guy jumping into a business with a lot of established players and having to stand out,” she commented via press release. Bottle prices range from $35 to $3,000 and reflect only “a modest markup.” Non-wine drinkers can choose from cocktails, local craft beer or the big list of whiskey.

Renovations to the former Bob’s Steak & Chop House include lightening up the interior by removing some of the dark wood paneling and replacing the carpet. As an homage to both his own father and the many Woodlands residents who work in the oil and gas business, Killen decorated the space with paintings by G. Harvey featuring oil rigs taken from his personal collection.

For now, Killen’s Steakhouse in The Woodlands is open for dinner only. The current hours are Mondays through Thursdays from 5 to 9 p.m. and Saturdays from 5 to 10 p.m. Once it’s past the initial opening phase, keep an eye out for the addition of happy hour. Interested diners can follow Killen’s Steakhouse in The Woodlands on Facebook or Instagram or make reservations via the website.