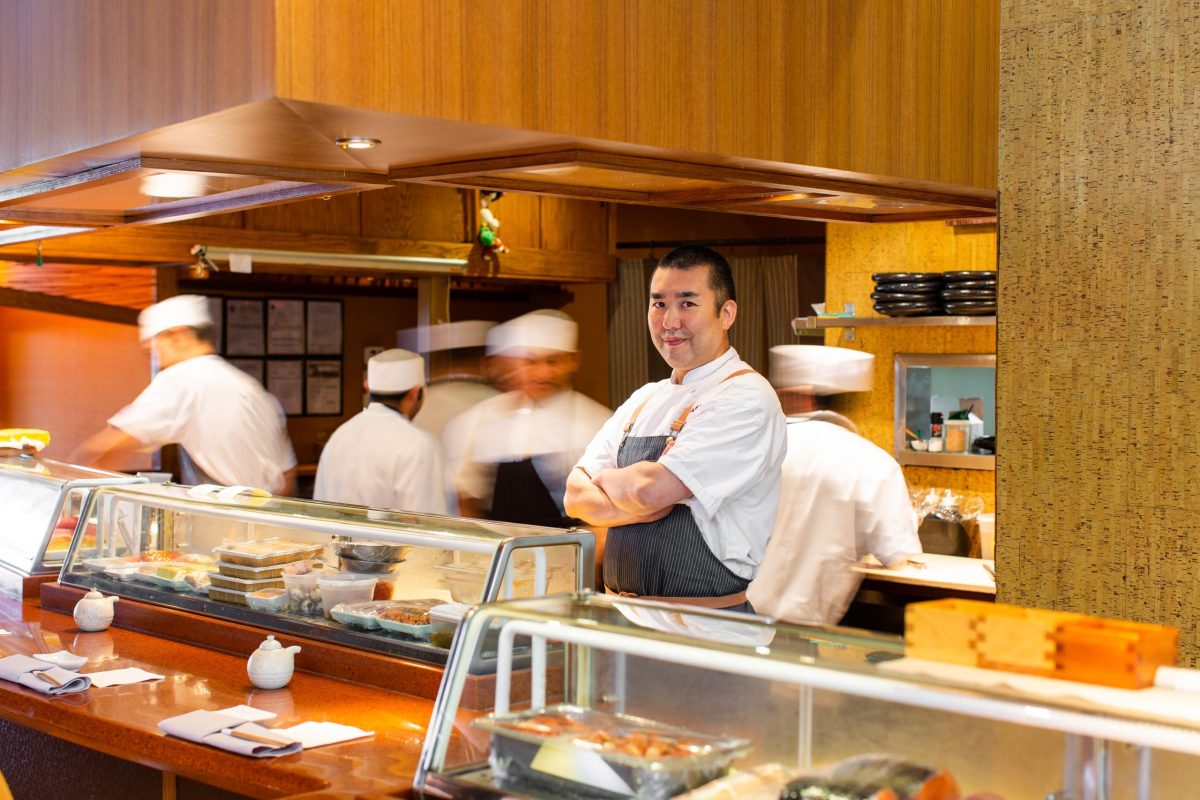 Kata Robata is considered one of Houston’s best restaurants, earning the top spot in the Houston Chronicle’s Top 100 Houston Restaurants list in 2019. Thirteen years after opening the now-iconic establishment, executive chef Manabu “Hori” Horiuchi and partner Yun Cheng are opening a second one. Katami, meaning “gift” or “keepsake” in Japanese, is scheduled to open this spring at 2701 West Dallas. It will be focused on sushi, with an approach that Horiuchi believes is the future of Japanese cuisine in America.

“We opened Kata Robata 13 years ago as a Japanese restaurant that offered something for everyone,” Horiuchi says in a press release. “It still does by serving ramen, robata, and of course, sushi and sashimi, but Katami will be where the sushi really shines. I will share my first love — sushi — as a gift and a show of gratitude to my adopted city of Houston where I’ve made my home and built a career.”

At Katami, Horiuchi will have the fish flown in from Japan almost daily as he does (and will continue to do) at Kata Robata, maintaining his close relationships with fishmongers in Japan so he can purchase the freshest, highest-quality fish possible. Between 80 and 95 percent of fish featured at Kata Robata is served 20 hours from coast-to-plate. Katami will continue that commitment. (Something many diners may not know: some of the best sushi is aged to improve texture and flavor.)

Guests visiting Katami will enjoy traditional Japanese ingredients, but there will also be luxurious touches, such as caviar service, truffle, foie gras and A5 wagyu. As he does at Kata Robata, Horiuchi will also create modern interpretations of traditional Japanese fare. For example, he plans to serve Wagyu Sukiyaki, a riff on a traditional Japanese hot pot that will be cooked tableside. Other creative offerings include Hot Stone Abalone with uni dashi, a decadent Foie Gras PBJ and Toro Tartare with kimchi sauce served with Japanese milk bread.

Katami will also offer an expansive beverage program ranging from accessible and approachable wines to a reserve list. There will also be craft cocktails, sake and an impressive selection of Japanese whisky.

“We’re excited for a new project,” says partner Yun Cheng. “Chef Hori and his team at Kata Robata have been executing at the highest level for more than 13 years, and we’re ready for a new challenge. We think this location at the intersection of Montrose and River Oaks will complement our existing space, and we look forward to welcoming more guests.” Fans of Kata Robata will certainly be waiting in anticipation for the newest addition to Houston’s sushi landscape.