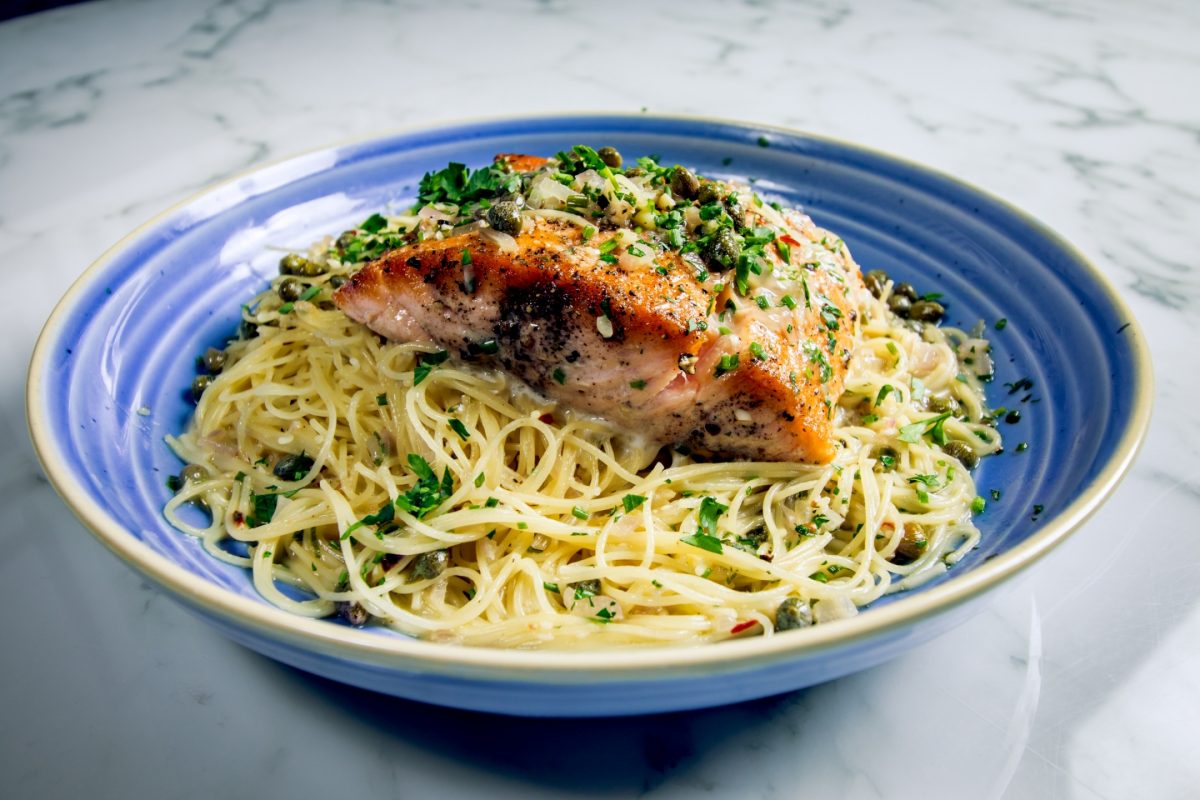 “Chopped” champion and founder of the now-shuttered Bernie’s Burger Bus chain, Justin Turner, is opening two new restaurants in northwest Houston’s Generation Park. Bocca Italian Kitchen and Lupo Pizzeria, both currently in the soft-opening phase, are officially opening to the public on January 15.

As the recently appointed Director of Culinary Hospitality at McCord Development’s Gastropub Productions, Turner is heading up new restaurant development for the group, starting with these two new Italian eateries. Bocca and Lupo take their naming inspiration from the common Italian theater phrase used to celebrate and summon courage before stepping on the stage: “In bocca al lupo” or “into the wolf’s mouth.” The twin restaurants are the first of what will likely be several more concepts to be opened by Turner and Gastropub Productions at Generation Park, the 4,200-acre Lake Houston commercial development.

Bocca Italian Kitchen promises to be a seasonal Italian concept mixed with homegrown American flair. Dishes such as octopus served with a spicy tangerine dressing, osso bucco with cheesy polenta and gremolata and linguini and clams suggest that the menu inspirations include coastal Mediterranean and Northern-Italian comfort food. Lupo Pizzeria will offer Turner’s take on an American pizza joint, focusing on his renditions of wood-fired New York pies.

A year ago, Justin Turner was not-so-quietly and not-so-slowly building a burger empire. His food truck Bernie’s Burger Bus had turned into a four-location, local chain of beloved burger joints. Then, like many in the restaurant industry, Turner’s businesses were acutely impacted by the effects of the pandemic. All four locations closed seemingly overnight. The announcement came as a shock but, ultimately, it was not much of a surprise considering the closures throughout the city. Turner was open about the hard-learned lessons, calling the decision to use working capital to fund growth a fatal mistake.

When it was announced that Turner would soon be back, the news felt like a step towards normality. Even more exciting, the classically trained chef, whose skills have twice been showcased on Food Network’s popular “Chopped” series, is now looking beyond burgers and fries to Italian cuisine. As the recently appointed Director of Culinary Hospitality at McCord Development’s Gastropub Productions, Turner is heading up new restaurant development for the group, starting with these two new Italian eateries.

“We’re excited to open our doors officially and welcome the community to Bocca and Lupo,” says Turner. “Both concepts pay homage to Italian American favorites, and I’m thrilled to bring amazing dishes and two unique culinary experiences to Redemption Square. These two concepts are just the start of the amazing culinary and hospitality ecosystem Gastropub Productions is creating,” he continued.

Correction note: the headline for this story originally said “northwest Houston”. As some of our readers caught, the restaurants are in northeast Houston.