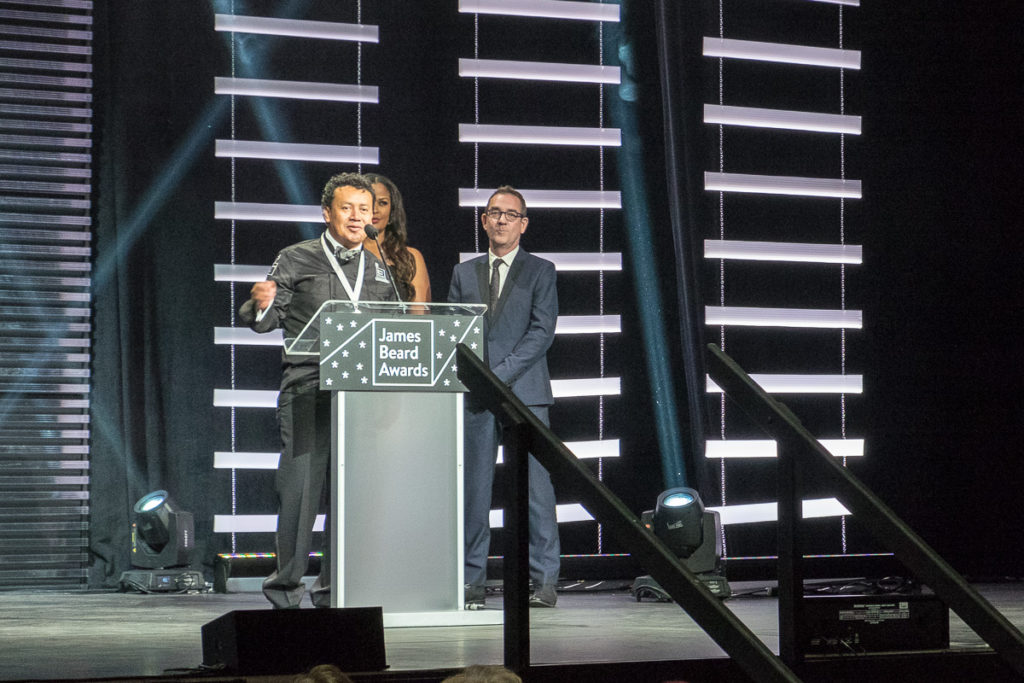 As has been the case with other large gatherings, the James Beard Foundation is postponing its annual award ceremonies. This includes not only the Chef & Restaurant Awards originally scheduled for May 4 at the Lyric Opera in Chicago, but also the Leadership Awards on May 3 (also in Chicago) and the Media Awards on April 24 in New York City.

A portion of the statement reads as follows:

The James Beard Foundation is acutely aware of the health and safety concerns surrounding the current COVID-19 pandemic. We are also mindful of how this virus is negatively impacting the hospitality industry at large, both from a well-being and economic standpoint.

As such, our organization has taken the guidance of the CDC, the counsel of our legal advisors and our Board of Trustees, and has worked closely with our partners to make the decision to postpone the annual James Beard Awards to summer 2020.

Still on track, though, is the the nominee announcement in Philadelphia. It’s slated to happen on March 25. Several Houston food and beverage professionals, restaurant and bars are semi-finalists this year. This is also the first year that Texas is its own region for award consideration purposes.

As far as rescheduling the award ceremonies, the Foundation is playing it by ear. “We will continue to work with our partners in the coming weeks to identify new dates for all three Awards ceremonies, and will work with chefs and others in the industry to navigate the complicated leadership challenges and the economic impact this pandemic may have on their businesses now and in the future.”

To keep up with new or updated announcements, visit the James Beard Foundation website.