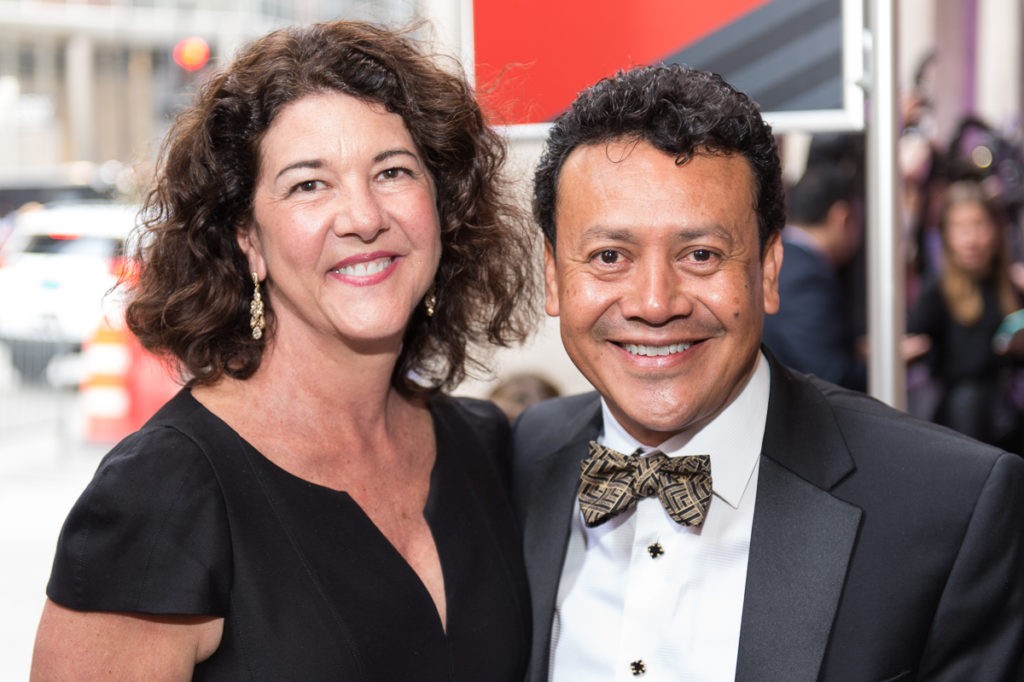 The cuts from the “long list” of James Beard Awards to the short list of finalists run deep, so there is no telling who from Houston will remain when that happens. For now, though, the Bayou City can revel in a lot of pride in the quality of its food scene as demonstrated in the lengthy number of semi-finalists.

This year’s list ranges from the very expected to the insanely surprising. Some of those surprises are delightful; others are a bit troubling.

The Tracy Vaught-Chef Hugo Ortega power team (otherwise known as H-Town Restaurant Group) continues to ride higher than any other after Ortega’s win last year for Best Chef Southwest. Their newest Houston restaurant, Xochi, is a Best New Restaurant semifinalist. This also marks the third year that Vaught has been nominated in the Outstanding Restaurateur category. H-Town Restaurant Group’s other businesses include Backstreet Cafe, Hugo’s and Caracol, as well as Origen in Oaxaca, Mexico. (Sam Fox, of Arizona-based Fox Restaurant Concepts, has locations of True Food Kitchen and North Italia in Houston and is also nominated in the category.)

In addition, Hugo’s got a rare Outstanding Service nod. How rare is that for Houston? Well, Tony’s got a nomination in 1992 and The Pass (the fine dining half of The Pass & Provisions) received one in 2016. Neither made it to the short list, so Houston has yet to win the category.

Here’s another unusual nomination for Houston and it’s for a restaurant that’s been considered among the best locally for many years: Pappas Bros Steakhouse is an Outstanding Wine Program semifinalist. While many locals have known that for a long time, now the rest of the nation is finding out. It’s a special honor indeed for wine director Steven McDonald and everyone on the sommelier team.

In the “completely expected” category, Anvil Bar & Refuge is once again a semifinalist for Outstanding Bar Program. This is the seventh time that the bar, which set the high-water mark for quality cocktails in Houston, has been named in the list. (This has gone on so long we’re not sure if the list-makers just keep forgetting to take it off or if it will actually win this year.)

It is, though, in the Best Chef Southwest category where Houston’s culinary diversity shines brightest. Ross Coleman and James Haywood are now recognized for blending soul, Asian and southern influences in their dishes at Kitchen 713. One of Houston’s original queens of upscale Indian fare, Anita Jaisinghani, has landed on the semifinalist list for Pondicheri. (There are two locations now; one in Houston and one in New York City.) It is her third time; she was a semifinalist in 2013 and 2017 as well.

Ronnie Killen could have landed on the list for more than one of his restaurants (Killen’s STQ or Killen’s Barbecue, for example). As it turns out, his nomination is associated with his original, Killen’s Steakhouse.

But wait, there’s more. Other Best Chef Southwest nominees for Houston include Trong Nguyen of perpetual Viet-Cajun favorite Crawfish & Noodles. In addition, Ryan Pera of Agricole Hospitality is a semifinalist for his restaurant featuring Italian dishes made with local ingredients, Coltivare.

On the disappointing side, under-30 chef Martha De Leon has been named a Rising Chef Star of the Year for her work at Pax Americana. Unfortunately, de Leon recently moved out of state and is no longer with the restaurant. Still, the nomination is based on the work previously performed—and there’s no question that de Leon made her mark in Houston while she was here. (We’re happy for her; sad for us.)

Jillian Bartolome landed an Outstanding Pastry Chef nomination for her work at Aqui. That’s despite the restaurant being owned by Paul Qui who is still facing domestic assault charges. Clearly, the James Beard Award nomination committee decided to consider Bartolome’s quality of work separately from the controversial history of her employer.

With Houston having three chefs win James Beard Best Chef Southwest over the past four years, there is a question as to whether national voters will decide it’s time to give accolades to another city in the region. Chris Shepherd of Underbelly (currently being reimagined and moved to a new location) won in 2014. Justin Yu won in 2016 and, as mentioned, Hugo Ortega finally won last year. It was the seventh time he’d been nominated. Will Houston be deemed to have had its time in the sun?

No matter the outcome, the new crop of semifinalists is the longest we’ve ever had—and it would be excellent to win in some of the national-level categories for a change.