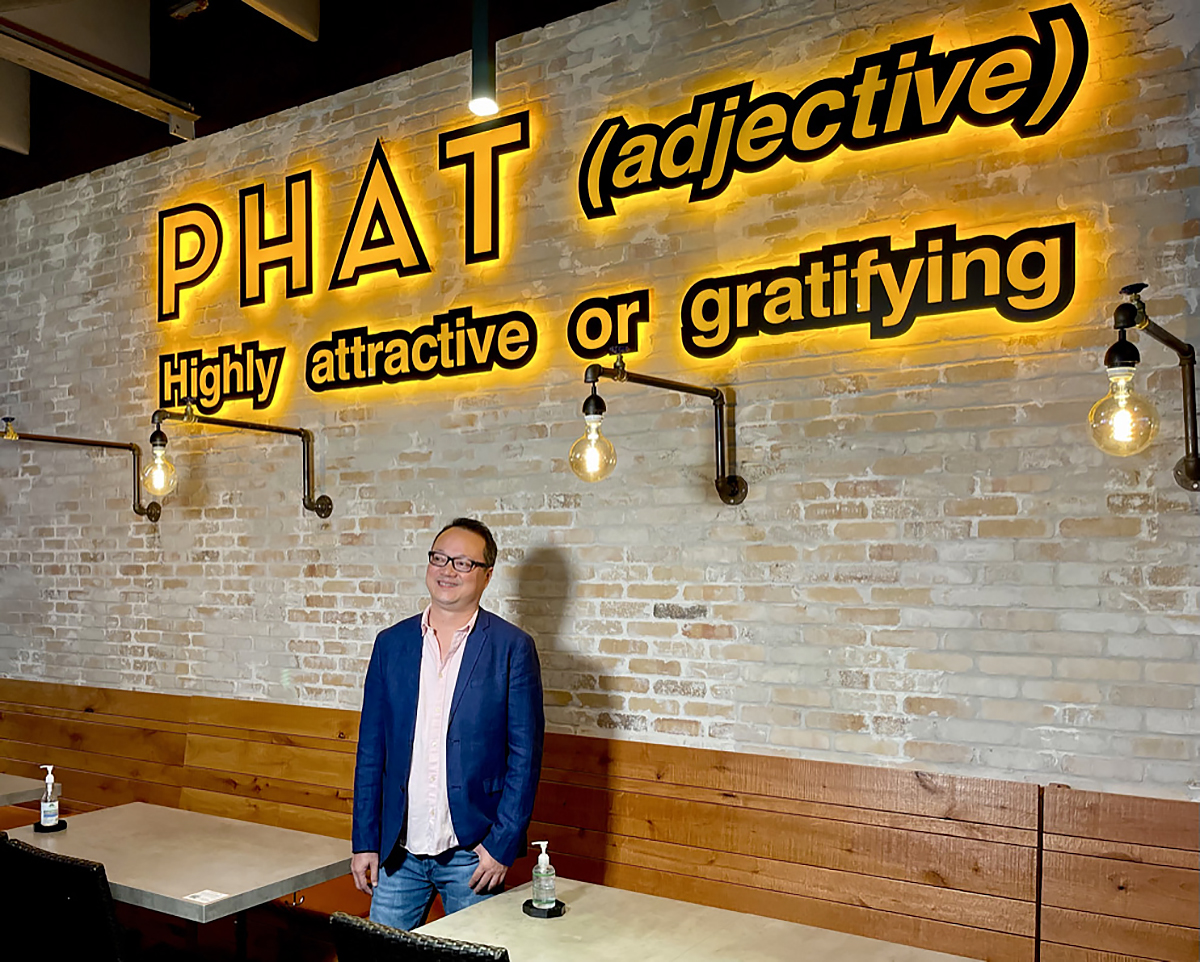 Alex Au-yeung of popular Malaysian restaurant Phat Eatery in Katy is opening a second, much larger one in The Woodlands. Photo by Kimberly Park.

During the fourth anniversary celebration of his highly successful Katy Asian Town restaurant, Phat Eatery, owner Alex Au-yeung revealed that a second location is in the works for The Woodlands. Anticipated to open early next year, the second Phat Eatery will be located at 2290 Buckthorn Place in Grogan Mills Village. The location was formerly a Fuddruckers.

At 7,800 square feet, the new Phat Eatery will be much larger than the original location, seat twice as many guests, and sits on over an acre of land. That lends itself to plenty of space for a patio and outdoor dining. The additional indoor space means that The Woodlands location will have three private dining rooms — something the Katy location is too small to accommodate.

Tramonte Design Studio, which also worked on colorful dining and gaming center Palace Social, has been hired for the interior design. The Woodlands location will have a more open kitchen, but will carry over the most striking design elements present in Katy, such as the wood-accented interior and vibrant Malaysian street food signs.

The larger Woodlands restaurant also lends itself to a brand-new menu category: Chinese barbecue. Au-yeung is leveraging his experience from working in Cantonese kitchens to make Chinese barbecue pork and Peking duck part of the permanent menu. Another addition is bian dang. Akin to the Taiwanese version of Japanese bentos, these composed meals include a main dish, rice and sides. At Phat Eatery Woodlands, entrée choices will include the aforementioned barbecue and stir-frys.

On the drink side, unlike the Katy location, Phat Eatery in The Woodlands will have a liquor license — and a cocktail list. The staff is working on developing Southeast Asian-inspired craft cocktails to add to the drink list, which currently features beer, wine and sake.

“I’ve been thinking about expanding to The Woodlands for a while,” says Au-Yeung via press release. “It’s not easy to find good real estate in The Woodlands, but we’ve found the perfect spot with room to do the menu I’ve always wanted.”