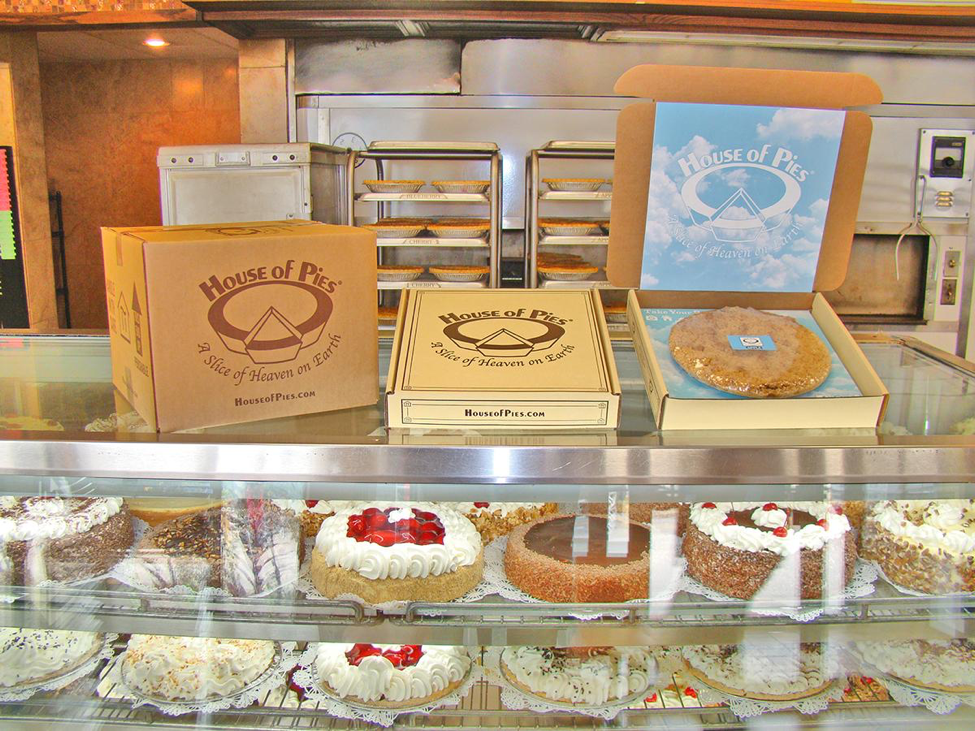 For nearly 50 years, House of Pies has been the place for Houstonians to get their desserts, not just for the holidays but for any occasion. Photo by Lauren Bebeau.

It’s a fair bet that most Houstonians have at least one fond memory from the iconic House of Pies. The 24-hour restaurant welcomes anyone craving sweet or savory sustenance, whether they want heaping portions of classic American fare after a 12-hour work shift or a spot to enjoy post-club, late-night munchies. The no-frills diner offers hearty breakfast platters with buttered toast, eggs and crispy bacon, all-beef patty melts oozing with American cheddar and, of course, dozens of pies and other desserts.

The original Kirby location opened in 1967, and since then, House of Pies has blossomed into a Houston institution. The brand now has four locations, not just in Houston but also in The Woodlands, and there are more on the way. Just this week, Dr. Khaled Khalaf, one of the remaining family members in the business, announced that House of Pies has recently opened a new Cypress location at 25686 Northwest Freeway with another location in Katy at 20802 Katy Freeway in the works for 2022.

“While the city of Houston keeps growing, more diners than ever have been introduced to House of Pies,” said Khalaf. “Some of these folks have heard of us before, and some haven’t.” Within hours of the Katy location announcement, customers commented on social media that they were overjoyed at the idea of more House of Pies locations across the Gulf Coast.

House of Pies originated in California in the early 1960s by Al Lapin, Jr., an early restaurant concept creator credited for launch of brands such as International House of Pancakes and Orange Julius.The Khalaf family came into the picture during the 1980s when the franchise group went bankrupt and the senior family members decided to add the two Houston locations to their early business portfolio. For over 45 years, the Khalaf family has maintained ownership and quality control of House of Pies. Meanwhile, several of the family members, including Khaled, are also interventional cardiologists at Vital Heart & Vein clinics throughout the Houston area.

With the holidays in full swing, the famous scratch-made desserts have been pre-ordered for months. Countless stainless steel baking racks stacked with flaky Buttermilk pie, Apple Cobblers, Texas Pecan and the notable Bayou Goo have filled the spare rooms at the 24-hour diner on Kirby. Due to the big demand for these pies, orders are taken on a first-come, first-serve basis. Just ahead of the major winter holidays, lines can form around the block, so be prepared to wait for these sought-after goodies. It’s typical for House of Pies to sell over 10,000 pies out of each of its four operating locations. While House of Pies was in the e-commerce space several years ago, that option is not available for 2021. Pie orders this season must be placed in person the week of the holiday.

Running a legendary eatery in Houston isn’t easy, yet despite all the competition in the city House of Pies has remained a favorite for its steady crowd, some of whom are such regulars that they eat every meal of the day at House of Pies.

The House of Pies locations at 3112 Kirby, 6142 Westheimer and 11311 Fuqua are open 24 hours a day Monday through Sunday — in other words, all the time. The Woodlands location at 1330 Lake Woodlands Drive is open Monday through Friday from 7 a.m. to midnight and 24 hours on Saturday and Sunday.