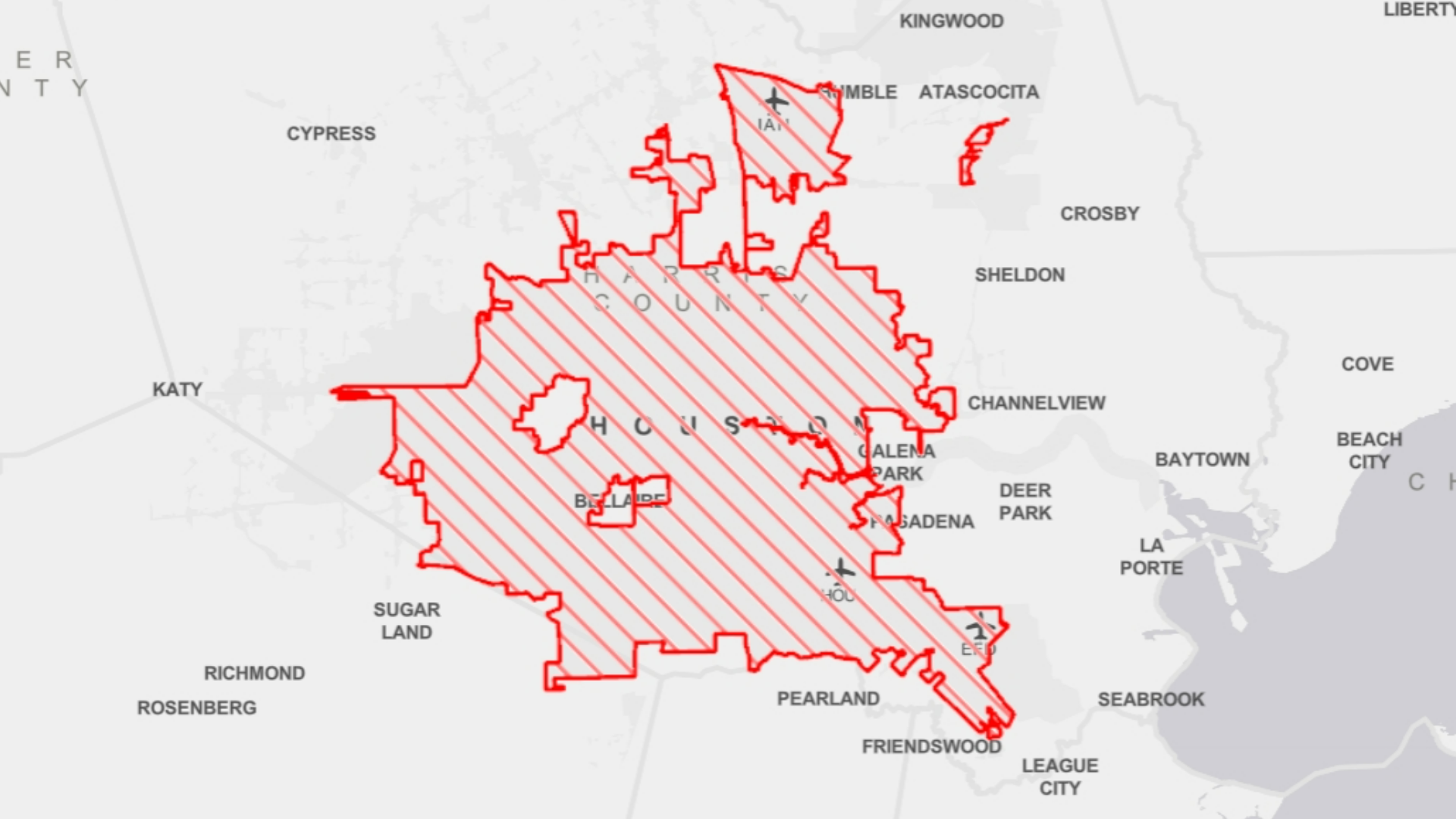 A map released by the City of Houston shows areas affected by the boil water notice issued the evening of Sunday, November 27.

Is your Houston restaurant, bar or other food and beverage business closed today, or open with precautions? You can email us. This is a developing story and will be updated through the day.

A power outage on Sunday, November 29 at approximately 10:30 a.m. has led to a lot of headaches today for Houston restaurant and bar owners. According to Mayor Sylvester Turner during a press conference this morning, two transformers failed, both the main and the backup, causing a power loss at the East Water Purification Plant for about 10 minutes. Several pressure sensors reported the PSI dropped below 20 for at least two minutes. The resulting boil water notice applies to all of Houston, as the East Water Purification Plant provides water to the entire city.

While the boil water notice is expected to be dropped as soon as Tuesday morning — and, according to Mayor Sylvester Turner, there’s been no indication so far that the water system was compromised — it means that owners of food and drink businesses are having to put in special effort and expense to comply with the notice’s requirements. Tap water cannot be served, ice made from tap water has to be thrown out (even if filtered) and water used for cooking has to be either bottled or allowed to be at a rolling boil for three minutes.

On a positive note, many Houston restaurants and bars are closed on Mondays and won’t be significantly affected by the boil water notice. However, those that normally are have either opened with precautions, closed or are offering limited service, such as to-go only.

Below is a sampling of restaurants across Houston that would normally be open today, and how owners are dealing with the boil water notice.

Nearby cities reporting as unaffected by the boil water notice include Katy, Pasadena, La Porte and Missouri City. According to the Fort Bend County Office of Emergency Management, a small part  of that area is affected.

The most recent water sample was taken at approximately 9:30 a.m. this morning. During his press conference, Turner said he expects a clean water report by 3 a.m. on Tuesday, November 29 and possibly earlier, depending on how soon the Texas Commission on Environmental Quality reads the water testing data. You can view his morning press conference below.

Houston Food Finder with William Price Distilling.21 hours ago
👩‍🎤🥃 𝐓𝐇𝐈𝐒 𝐒𝐀𝐓𝐔𝐑𝐃𝐀𝐘, January 28, don your totally tubular attire for '𝟖𝟎𝐬 𝐑𝐞𝐭𝐫𝐨 𝗪𝐢𝐧𝐭𝐞𝐫 𝐏𝐫𝐨𝐦 𝐍𝐢𝐠𝐡𝐭 at William Price Distilling ! It runs from 7 to 11 p.m. and features a DJ (of course; we all know '80s music is the best music), photographer, light bites and a prom king and queen will be named! General admission tickets are 𝐅𝐑𝐄𝐄, or get a $25 ticket for one or $40 ticket for two that include two cocktails each, plus some pre-spiked welcome punch. Visit the events page for more details and to purchase tickets. ⁣
⁣