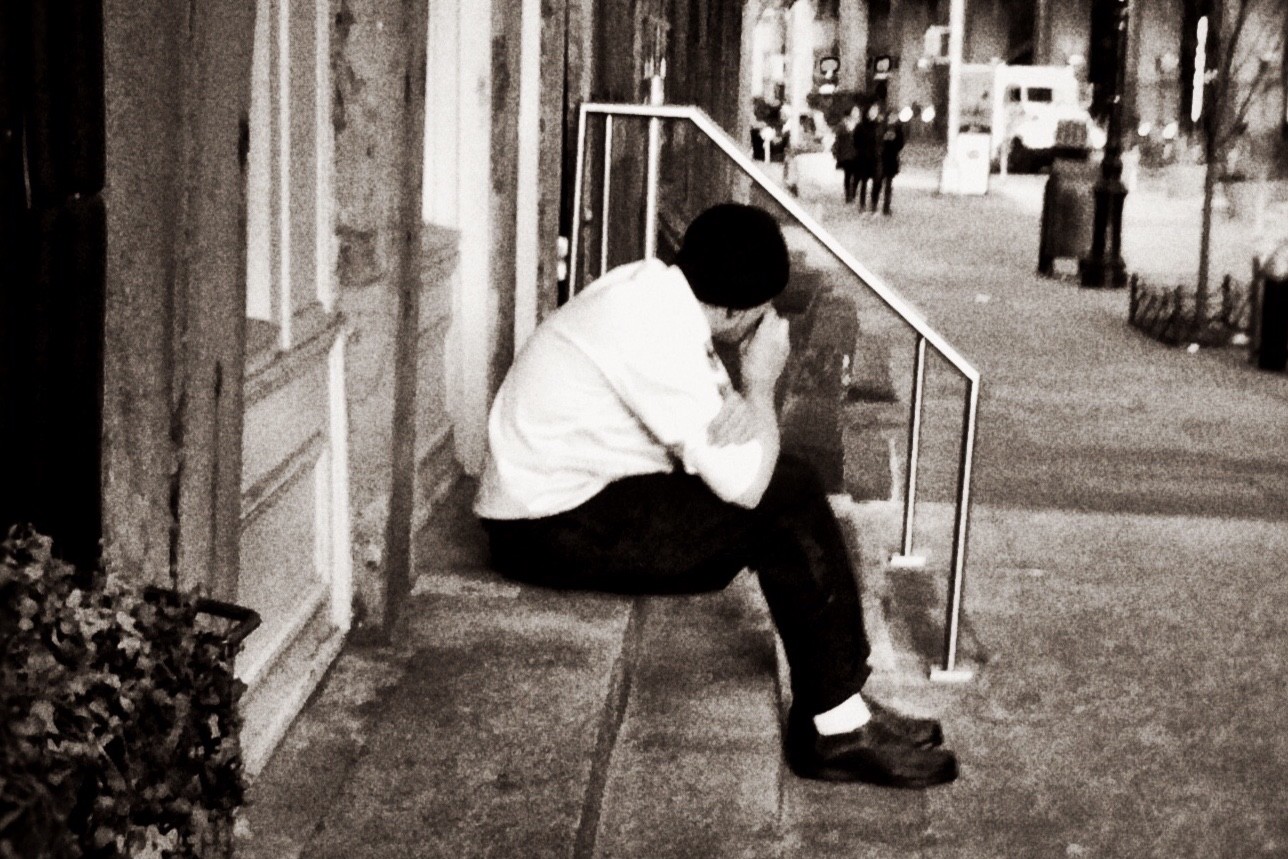 Hospitality workers across the United States are struggling due to efforts to limit the spread of COVID-19. Photo by David Leftwich.

Around 10 p.m. on Friday, March 13, Grotto server Luis Amora noticed that the staff at a nearby downtown hotel were gathered in a banquet hall. Since it was late for a staff meeting, he wondered if the hotel was closing. Amora’s concerns were not unfounded. Just a few days earlier, the Houston Livestock Show and Rodeo was shuttered in part because a Montgomery County man with COVID-19 had attended a rodeo cook-off event. It was the first confirmed case of community spread in the Houston area and the subsequent ripple effects created extensive uncertainty for many of the city’s hospitality workers, including Amora.

The next day, March 16, Harris County issued an order closing bars and restaurant dining rooms. He and thousands of others in the area would soon join the estimated 8 million bar and restaurant employees who are now out of work nationally and the estimated 688,000 unemployed Texas restaurant workers, which represents 61% of the industry workers in the state.

Despite the grim situation, Amora thinks he’s one of the fortunate ones. “Luckily, as much as it sucks, Tillman [Fertitta, owner of Landry’s Inc., which owns and operates the Grotto restaurants] did us a favor by letting us go early, because I was able to file for unemployment that Sunday and I got accepted that very next week.” Others, including several of Amora’s friends, are still waiting to receive unemployment benefits.

Jessica Schumann, a server who had recently been promoted to trainer at an outlet of a Texas-only franchise, was one of the unlucky ones. Like Amora, she also lost her job on March 15 but had to wait six weeks before she received her first unemployment check. It could have been worse, though, as Schumann received financial support from family, along with SNAP benefits and a stimulus check while waiting.

Unfortunately, the comparative stability that Amora and Shumann have is not the norm. One area chef, who asked to remain anonymous to protect his fellow employees, has worked over a 100 hours a week to remain open. He has implemented creative solutions to keep his young, financially vulnerable staff employed because they have few or no resources to fall back on.

Others, especially undocumented restaurant workers, have had to rely on ad hoc mutual aid networks made up of friends, family and Venmo accounts.

The scope of the financial crisis that restaurant employees are facing is highlighted by the over 22,000 applications the Southern Smoke Foundation received in April for its Emergency Relief Fund. The fund started after Hurricane Harvey and is designed to help hospitality workers in crisis. Since the COVID-19 pandemic began, the organization has had to hire 20 full-time employees to handle the increased caseload and has distributed $1.1 million directly to those in need, giving priority to those with medical emergencies. However, that significant amount just scratches the surface of the current need.

Southern Smoke isn’t the only organization that is offering assistance. Amora said, “I’m very fortunate that I have a lot of good friends and they invited me to two groups that are supporting a lot of Houston servers. One is called Houston Shift Meal and the other is called Pour Neighbors. So [on] Tuesdays we go out and get a couple of free meals and on Saturday we get a couple of free meals.”

Pour Neighbors is a private FaceBook group that is connecting Houston-area food and beverage professionals with restaurants offering free meals. Houston Shift Meal is a relief effort that is partnering with corporate and private sponsors and restaurants to also offer free meals to hospitality employees. Those efforts, along with Second Servings of Houston and the Restaurant Workers Relief Program based at restaurant Riel and sponsored by Maker’s Mark, have distributed thousands of free meals to struggling restaurant and bar employees.

For many, uncertainty about future employment is adding additional stress to worries about paying bills, buying food and contracting COVID-19. Amora was told he would still have a job. Schumann, on the other hand, has not heard anything from her general manager. In fact, she claims she was told when she was dismissed that she would be fired if she applied for unemployment. Since she did, she says, “I don’t even know if I have a job to go back to.”

On the surface, Texas Governor Greg Abbott’s recent announcement to allow restaurant dining rooms to reopen on May 1 with 25-percent occupancy seems like a solution to some of these concerns. Though it could be a positive start to recovery, the decision also poses a new set of anxiety-filled questions for employees, as well as owners. Is it safe to return to work during an ongoing pandemic? Is it wise to reopen when the positive coronavirus case count is still going up? Is it even economically viable?

Schumann says she has been staying at home and is extremely cautious, because her wife is at very high risk for complications if she contracts COVID-19. “I do not feel safe going back to work. I know my job does not have our safety in mind. I personally think that restaurants should stick to doing just carry out and stay closed to the public until at least June,” Schumann said.

Amora is ready to go back to work. He says, “Am I comfortable working? I am. I haven’t been scared of this whole thing. I get nervous when I go to the grocery store because people don’t know how to keep their distance. But other than that I’m not nervous about [coronavirus].”

However, Amora is concerned that he won’t make enough money to cover bills if he returns to work. With unemployment, including the $600 added by the CARES Act, SNAP benefits and free meals, he’s been able to make close to what he made while working. He says, “I am nervous about going back to work and you take out half the tables. Then that’s half the staff. I’m not sure how many of my co-workers are ready to go back right now, but if my boss called me and asked if I wanted to work I’d say yes, I do, [but] I need to know how many hours.” If his hours aren’t enough to cover his basic expenses, Amora worries that returning to work may not be financially worth it.

Amora, Schumann, and others may have little choice. According to the Texas Tribune, if a business reopens, that business’s employees will have to return to work. If they don’t, they will lose their unemployment benefits. The state is considering loosening this requirement for those who fear it is still unsafe to go back to work. This stance has led some people to speculate that the governor’s move is more a push to restart the economy and get people off of unemployment than a sustainable approach allowing small business to open safely. That may actually be more than speculation, as a spokesperson for the Texas Workforce Commission told the Texas Tribune unemployment funds could run out in May or June. It’s just one more factor that makes the decision to reopen Texas businesses so difficult for employees, managers and owners.

Owners, already working with thin margins, must calculate whether operating at 25-percent capacity makes financial sense. They must also implement strict new safety measures and determine if these measures really make customers and staff safer. A number of Houston-area restaurateurs have decided that it makes more sense to hold off on opening their dining rooms and instead stick with takeout and delivery only.

The chef mentioned earlier, who managed to keep his staff employed, personally thinks opening dining rooms on May 1 is too soon, but believes he doesn’t have much choice. He says, “Do we want to do this? Not necessarily. Do we have another option? Not necessarily. Many of the people who are opening, especially the smaller places, aren’t opening because they are greedy and don’t care. They are opening because they don’t know what else to do. I just ask and encourage people to be mindful and try to be kind about that. We are scared too.”

These are scary times. Most of us are balancing concerns over potential financial ruin with the fear of contracting a disease that has no cure and has killed over 60,000 Americans in less than three months. Individual comfort levels vary. Though Amora is ready to go back to work, he says he would like to see temperature checks for everyone entering a restaurant. Schumann says she’ll feel safe returning to work when gloves and face masks are no longer required. Another longtime hospitality professional who wished to remain anonymous would like to see “a general medical and scientific consensus” that it’s safe to reopen.

Unfortunately, many of those working in restaurants and bars won’t have the luxury of waiting for that consensus or a level of safety they feel comfortable with. The least we can do as we move forward is follow Amora’s advice: “When we do go back into restaurants, be mindful of yourself and what you are doing.”

Houston Food Finder with Roma Ristorante.3 hours ago
As always, Roma Ristorante is participating in Houston Restaurant Weeks 2021! Journey to Italy with a three-course dinner for $35 per person. Three dollars from each goes to the Houston Food Bank. Selections include vegetarian and gluten-free dishes. Choose from starters such as creamy Imported Buffalo Mozzarella With Housemade Pesto And Mixed Greens, crispy Fried Shrimp And Calamari With Marinara And Artichoke Sauce and hearty Meatballs With Cheese And Basil. The second course includes pasta options like spicy Orecchiette With Housemade Italian Sausage (a specialty of Chef Scarafile) and Strozzapreti with Fresh Shrimp and Housemade Pesto. Entrées include earthy Eggplant Parmigiana, Chicken Breast Stuffed With Prosciutto And Grana Padano and decadent Veal Scaloppine. Pair your meal with a selection from our extensively curated wine list. Reservations are encouraged but not required. Visit the https://romahouston.com/ for the full menu, or call (713) 664-7581 for more information.