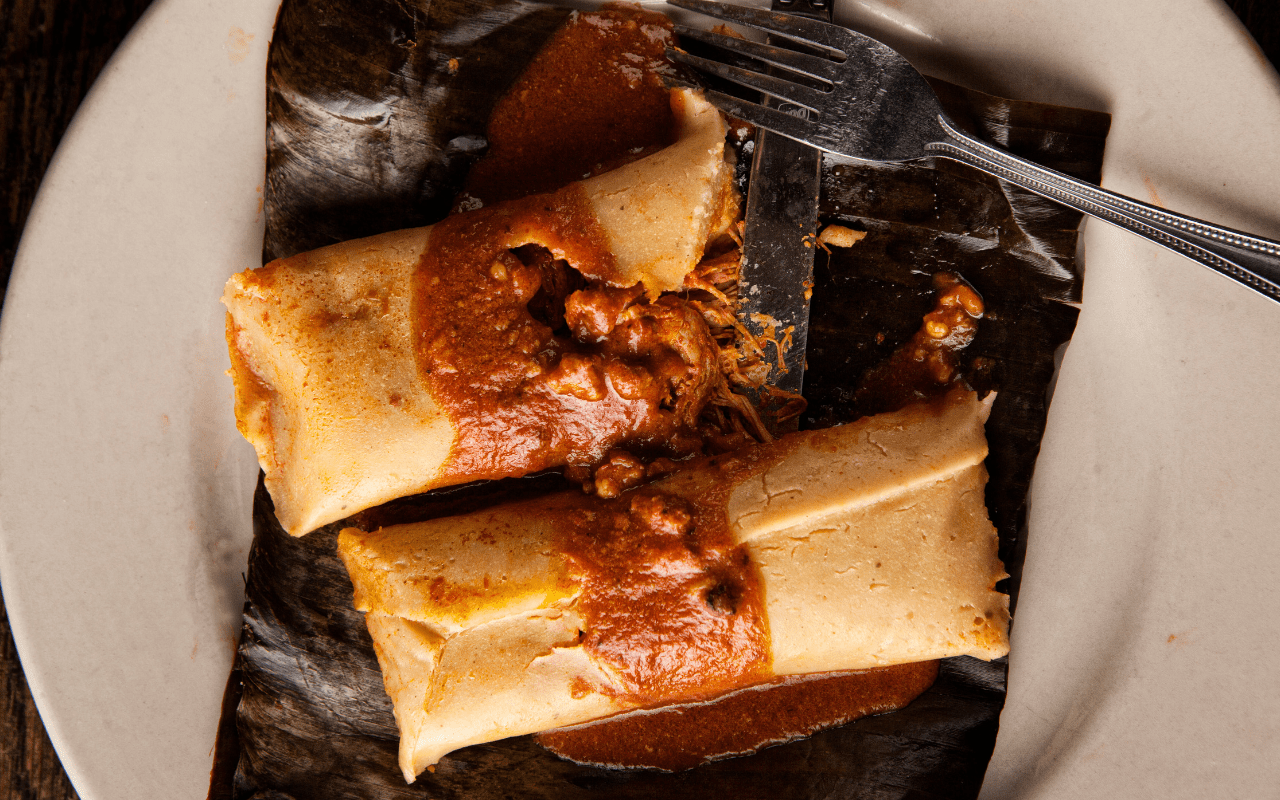 Tamales at The Original Ninfa's On Navigation. Photo by Cooper + Ricca

A restaurant owner is stepping in to help out one of his favorite bars and is asking Houstonians to join the effort by dining there on Thursday, December 20 from 6 to 9 p.m. Jonathan Horowitz, CEO of Legacy Restaurants, which operates The Original Ninfa’s on Navigation and Antone’s Famous Po’ Boys, is hosting the pop-up at The Marquis II at 2631 Bissonnet. All profits from food sales that night are going to help the bar remain open during a difficult time.

The Marquis II actually temporarily shut down about two weeks ago due to lack of revenue from surrounding street construction. Its general manager, Al Jara, immediately bought the bar and reopened it. When Horowitz, a regular patron, heard about the challenges to keep the Marquis II running, he offered to help by hosting the fundraiser pop-up.

“This is a very difficult business,” Horowitz said via press release. “Al and his family have risked everything to keep this place open — he’s taking a leap of faith to preserve the legacy of The Marquis II. He wanted to plan a customer appreciation event for the loyal regulars who have stuck with them over the years, and we wanted to support his efforts to build business, so we offered to do whatever we could to help. Hopefully, we’ll have a great turnout, sell a lot of food, and Al will do strong bar business that night to help him and The Marquis II have a happy and profitable holiday season.”

The Original Ninfa’s on Navigation’s executive chef Alex Padilla is serving the restaurant’s popular tacos and tamales and there are going to be plenty of offerings from Antone’s Famous Po’ Boys as well, including The Original, Super Original, Tuna and Turkey & Swiss. The Marquis II is serving its famous Texas Tea that night in addition to its broad selection of beers, spirits and wine.

The Marquis II has roots dating to 1945, which is when it first opened as simply The Marquis at its original location on Shepherd and West Gray in River Oaks. When the original owner passed away in the late 1960s, two employees purchased the bar, added the “II” to the name and moved it to Bissonnet and Buffalo Speedway. After yet another move, it finally settled into its current spot in 1985. The building itself has a long history. Built in the 1950s, it’s was designed by Lars Bang as The Big Donut, a Houston location of a drive-thru California doughnut chain. (Bang was a longtime Houston architect who put his enduring stamp on the city with the many iconic, midcentury homes he designed.) In the ‘70s, it housed a men’s club called The Bunny Club before finally catching fire, leaving an opening for it to become The Marquis II.

While it may seem unusual for a restaurant owner to help a totally separate business, it’s not the first time Horowitz has spearheaded this type of effort. During his tenure as president of the Greater Houston Restaurant Association, he helped establish a fund to help hospitality workers after Hurricane Harvey. In addition, Horowitz and his staff at Antone’s Famous Po’ Boys were some of the first restaurant employees to jump into action during the vast flooding, making and donating thousands of sandwiches to first responders and shelters.