The 8th Wonder truck rolled through floodwaters to save flood residents. Photo courtesy of Ryan Soroka. 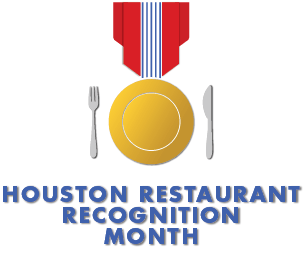 Through the month of October, Houston Food Finder is recognizing restaurant workers, bar employees and other members of Houston’s hospitality industry who went above and beyond the call of duty during the disastrous floods caused by Hurricane Harvey. Email us to nominate more hospitality heroes.

When Hurricane Harvey created unmitigated chaos throughout the city, there was no rulebook dictating where to turn or what to do. As rain fell in massive sheets and flood waters continued to rise, members of Houston’s hospitality industry wrote their own, becoming life savers along the way.

Here are some of the most determined who headed out in boats and tall trucks to save others when the flooding was at its worst.

During the onslaught of Harvey’s rains, the co-founders and employees of 8th Wonder Brewery formed a rescue army of sorts. Key to the operation was the brewery’s five-ton military truck. Originally purchased for events and festivals around town, starting on Sunday, August 27, it became a means of escape for Houston residents trapped by the flood waters. It started with a call from one extended family trapped on a roof in the Braeswood area, then quickly snowballed into rescue missions all over the city.

Key 8th Wonder Brewery team members included chief financial officer and co-founder Alex Vassilakidis, Alex Piwonka, Robert Piwonka, Jack Nugent, Francis Nugent and Patrick Nugent. The employees pulled people out from homes, off of roofs and helped others stuck in high water get to higher ground. On Wednesday, the rescue missions ended. The truck’s engine had handled all it could and stopped working.

8th Wonder Brewery’s president and co-founder Ryan Soroka was in Dallas when the storm struck. As soon as he and his wife returned to Houston, the coordinated with employees Hannah Ballard, Eby Harvey, Matt Marcus, Kennedy Pillow, Alex Roman, and Sean Rosenbaum to fill up company vehicles with supplies and distribute the goods to shelters and facilities around the city.

Regardless of title and rank, 8th Wonder Brewery’s team of bartenders, account and sales representatives, event managers, and founders all became emergency responders during Hurricane Harvey.

From her living room in the West University neighborhood, food styling and production assistant Keri Henry saw an opportunity to help. On Sunday, August 27, she saw a neighbor’s Facebook post offering to pick up flood victims using a military vehicle. The 250 responses to that message illustrated to Henry the drastic need for more Good Samaritan water rescues.

When Henry wrote a post asking for boats in Houston, it quickly escalated into a massive undertaking, generating more than 56 shares and comments and a slew of private messages. At first, she handwrote names and addresses of victims and it was a struggle to keep up with the sheer number of responses. “Every minute, I was getting a message from people either needing help or who wanted to help,” she said.

A few friends pitched in to help organize responses and a Google spreadsheet proved a helpful tool as well. Henry was able to send information for those needing help directly to the boaters. In the end, with assistance from fellow rescuer Adam Brackman and the Cajun Navy—in communication via the Zello app—there ended up being 39 boat teams with one to four boats on each.

As the days went on and the need for boat rescues became less dire, Henry shifted her focus and worked with Adam Wright and Brody Chapman at Lightning Logistics coordinating supplies and donations.

Before the storm, the freelance food stylist focused on editorial photoshoots and helping run live video production. Henry’s willingness to help during the floods forced her to develop skills in supply chain logistics and rescue operations. Those skills continue to be valuable as she is now coordinating with Cajun Airlift volunteers to get desperately needed supplies to Puerto Rico.

Axelrad owner Adam Brackman doesn’t own a boat, but that didn’t stop him from rescuing flood victims. After finding a boater willing to take him out, he created a short Facebook post asking if residents with dry homes could take in those rescued. Brackman received hundreds of messages an hour. Eventually, he connected and was able to coordinate with the Cajun Navy volunteer boat rescue group.

All told, Brackman spent nine consecutive days on the water, helping rescue people from their homes and later even helping them recover property. In one instance, he heard about a woman near Braeswood and Stella Link stuck in the attic with her 80 year-old mother, four dogs and three cats. After using a neighbor’s kayak to ferry the elderly woman to dry land, he later returned with friend Gino Vian to rescue the woman’s daughter and pets in a four-person inflatable raft.

Brackman wasn’t the only Axelrad employee to get out in the storm to help; co-worker and bartender Lindsey Sauter used her high truck to help save people, too.

It wasn’t clear where the rescued would stay. With the help of business partner Bobby Goldsmith, Brackman outfitted a building at 2505 Fannin with air mattresses and opened it to flood victims. The building had a full kitchen and large food preparation area. It soon also was the site of Midtown Kitchen Collective, a hub and command center for chefs and cooks preparing thousands of hot meals for relief efforts.

Back at Axelrad, a supply drive was organized and 100-percent of profits over eight days were donated to eight local charities. Today, amidst the usual operations at Axelrad in a recovering city, Brackman is finding ways to help flood victims in Puerto Rico.

In the absence of military-grade vehicles and motorboats, creativity and a canoe can come in handy. On Sunday, August 27, chef Richard Knight (best known for his work at Feast and Hunky Dory, now running the Breaking Bread pop-up series alongside his wife, Carrie Knight) watched the news and realized that if he could get to his canoe, he might be able to help people.

Carrie called to tell him that a friend witnessed a semi-truck plow into the water and get stuck near Lucky’s Pub. When Richard arrived in his three-man canoe, he was able to rescue the truck’s driver and another man stranded the night before. Both men had lost their phones and possessions in the water, so Richard asked Carrie if she would mind hosting the two men temporarily in their home. She graciously agreed. He dropped the men off at home with the promise of dry clothes, “a stiff drink and some food,” and rowed back out to the subdivisions to ferry more people to dry land.

In the following days, Richard and Carrie leveraged their restaurant industry experience to recruit volunteers and establish rescue kitchens, first at Les Ba’get (graciously offered as a facility by owner Cat Huynh) and then at Midtown Kitchen Collective. Together, as the processes became more refined and greater online management and communication tools became available, the volunteers went from creating 500 meals a day to 15,000. Richard estimates they made up to 1500 sandwiches an hour at one point. Referencing the challenge of rebuilding the city following the storm, Knight said, “I had no doubt that my industry colleagues-in-arms would come through.”

Watch for our in-depth story on the many volunteer rescue kitchens that popped up around the city in the coming days.