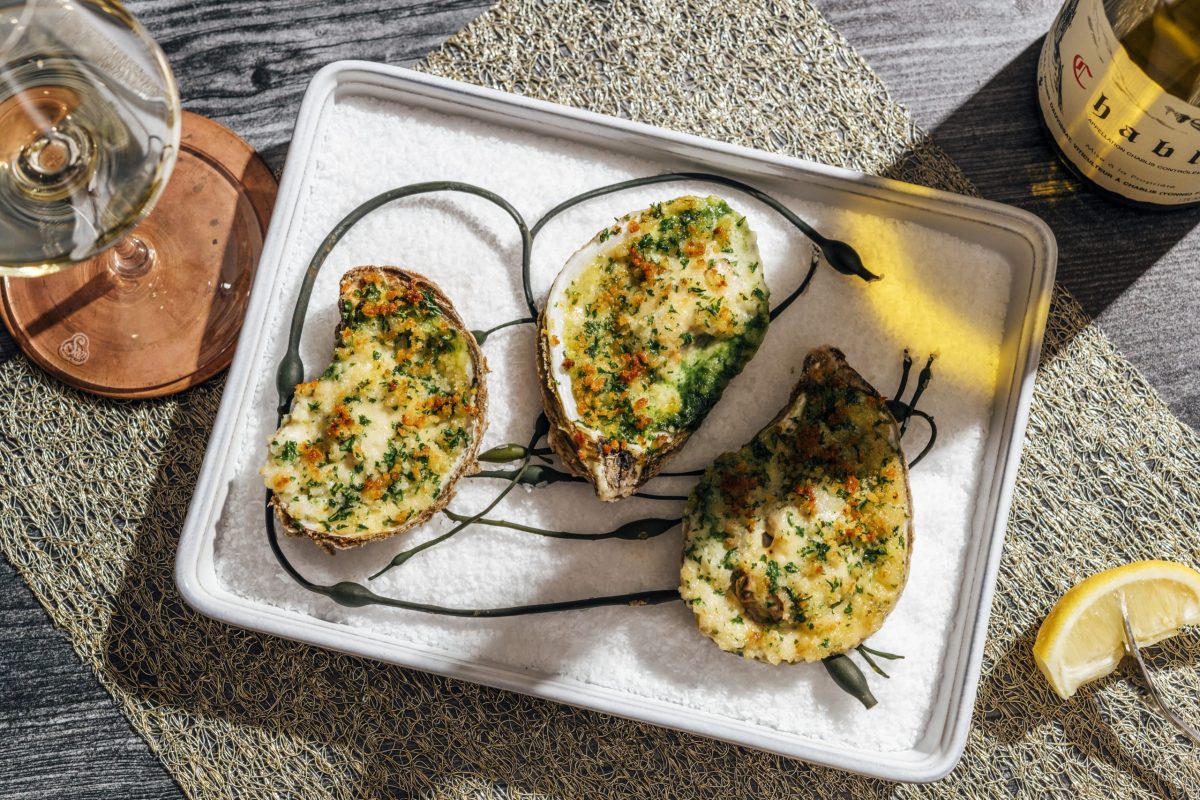 Baked Gulf Oysters Will be on the Menu at Soon to be Open Little's Oyster Bar. Photo by Arturo Olmos.

Houston’s food scene is always changing. Just a week into 2023, which is shaping up to be a busy year, there are already some notable openings and, unfortunately, closings to report. Let’s get the bad news out of the way first.

Maize, 14795 Memorial: The closing of this progressive Mexican restaurant in the Energy Corridor comes as a shock, given how well received and relatively new it was. It was a strong contender for our Best New Restaurants of 2022 List, and discussed often. Fabian Saldaña was the executive chef of Xochi, before opening Maize in 2021. The restaurant aimed to highlight cuisine from various regions of Mexico, as well as coastal Mexican dishes and interpretations of Mexican street food.

Many were already familiar with the location. It was Carmelo’s for over 30 years, then Berg Hospitably briefly opened B.B. Italia in the same space. (That restaurant has recently reopened in Sugar Land). There is speculation that the restaurant’s large square footage may have been a challenge for filling seats and turning a profit. Via a press release, Saldaña says, “Maize’s closure has been tough for me and my team, but we all see this as an opportunity to continue growing in our craft. I am so grateful for the team and customers at Maize that made the last year a dream come true for me.” We will be watching for the next move of this talented chef.

Cherry Block Smokehouse, 1223 West 34th: Owner Felix Florez opened this craft-casual steakhouse in the Stomping Grounds multi-use development in September. A mere four months later, he’s already had to close. The menu included affordable steaks, Texas barbecue and burgers. In a lengthy social media post, Florez announced that December 31 was the last day of service, citing financial reasons for the closure: “The restaurant industry now and in the last few years has been rough. Our passion and determination doesn’t always outweigh our challenges and circumstances. An unfortunate accumulation of insurmountable losses and delays leading up to our opening consumed our operating capital, and these setbacks we experienced left us extremely short of our cashflow goal.” On the positive side, Florez’ meat market in Katy is still open. Additionally, we are thrilled to feature the former Brennan’s of Houston “wine guy” at our upcoming gala on January 17.

Thankfully, it wasn’t all gloom and doom this past week, as the new year is bringing new ventures from familiar names. 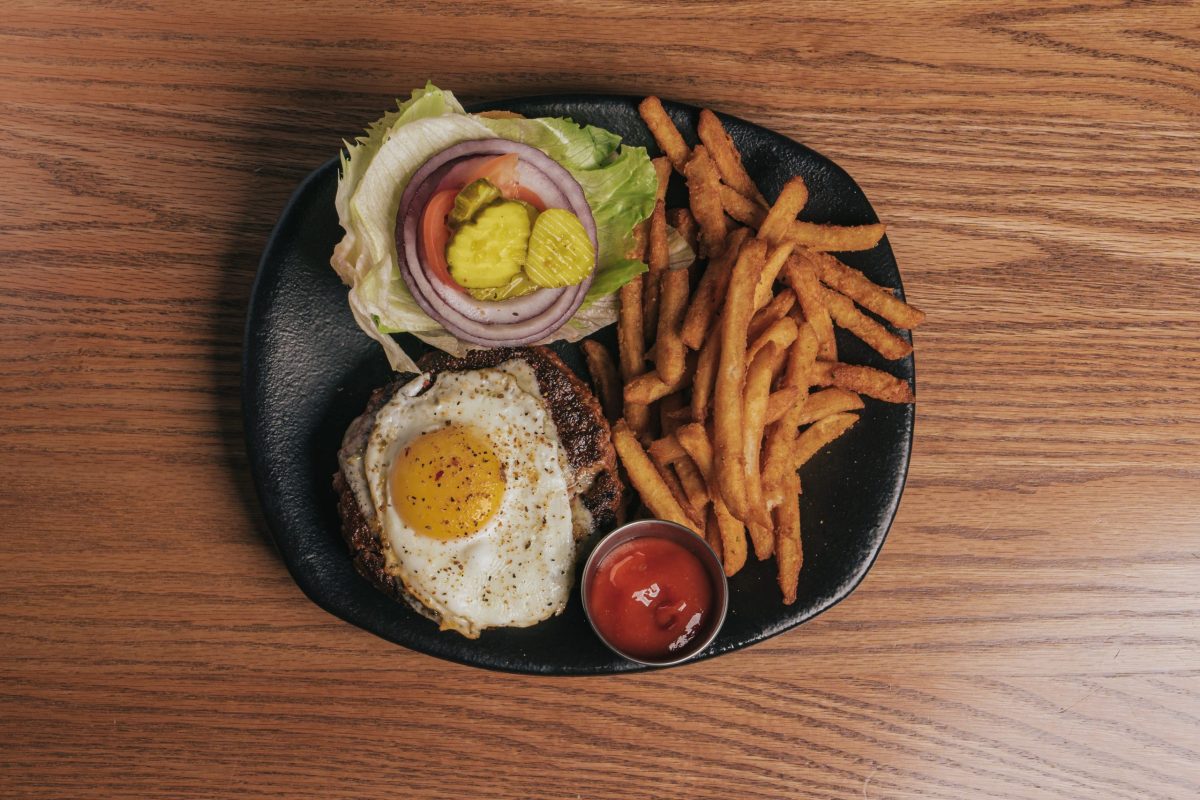 Gatsby’s Grill, 2929 Navigation: Gatsby Hospitality Group opened its third concept on December 29. While its other restaurants, Gatsby Prime Seafood and Gatsby Prime Steak are upscale, fine dining, Gatsby’s Grill is geared as an approachable neighborhood eatery that features attractively priced, elevated comfort food. Located in the space that was once Acadian Coast in the El Segundo neighborhood, Gatsby’s Grill is spacious inside and boasts an expansive patio. Though casual, it will still have the same chic aesthetic for which Gatsby’s is known.

Executive chef Erick Anaya, who also leads the kitchen at its sister restaurants, has developed a menu that includes seafood, steak, burgers, sandwiches, wings and tacos. Gatsby’s beverage director Benjamin Harris has curated a well-rounded drink menu and Jessica Wells, Gatsby’s grand mixologist, is slinging cocktails such as watermelon and spicy pineapple margaritas and house-batched sangria. Partner Luis Rangel says via press release, “We wanted to create an unfussy, contemporary restaurant with an upscale spin on traditional menu items you would typically get at a grill, while also paying homage to the El Segundo neighborhood, with some Latino driven offerings,” He added, “This is a neighborhood I’ve been coming to practically my entire life, so I’m thrilled to join our culinary neighbors in this area and bring the Gatsby’s experience to this part of town.” Gatsby’s Grill is open for lunch and dinner from 11 a.m. to 9 p.m. Sunday through Thursday and from 11 a.m. to 11 p.m., Friday and Saturday. It is closed on Mondays.

Brunch isn’t complete without cocktails such as mimosas and Bloody Marys. Signature cocktails will also be flowing. However, the main draw is Afternoon Tea, served from open to close. Tea service is priced at three levels, $35 per person, $45 per person with a glass of prosecco and $55 per person with a glass of Champagne. Each level comes with a selection of petits fours and French macarons, as well as a selection of mini sandwiches and scones. An outdoor Champagne garden will open in the spring. Little Hen will be open from 8 a.m. to 3 p.m. Monday through Friday and from 8 a.m. to 4 p.m. on Saturday and Sunday.

Little’s Oyster Bar, 3001 S. Shepherd: Little Pappas Seafood House  shuttered in 2020, leaving loyal Pappas followers and lovers of inexpensive oysters wondering if it would ever reopen. There was news that it would be in 2021 but there wasn’t any traction, until now. Pappas Restaurants has officially announced it is  reopening the location in spring as Little’s Oyster Bar. According to a press release, it will be a chef-driven concept with a focus on oysters and raw seafood. Jason Ryczek, a veteran of seafood kitchens in California will be at the helm. No menu is available yet but the eatery will feature Gulf fish such as snapper, grouper and tile (all sourced using Pappas’ own boats) as well as ora king salmon, Spanish octopus, and fish from sustainable farms around the country. Expect caviar to be a staple on the menu and of course oysters. Robert Smith, Pappas Restaurants fine spirits and expanding concepts wine director, is curating a wine list that will include selections from Europe and the United States. There will also be 10 to 15 classic and creative cocktails.. The iconic sign we are used to seeing while driving down Shepard will remain as a nod to the history of the location. We will keep you updated on their opening date.

And finally: if you’re a frequent flier, this one is for you.

LaTrelle’s, a Houston-based firm that operates franchises and licensed restaurants in major airports has announced a new $334 million contract with the City of Houston for William P. Hobby Airport. This is quite a success story for founder W.A. James, Sr., who opened LaTrelle’s as a bakery in Hobby Airport almost 40 years ago. Adding to LaTrelle’s, the contract will provide 17,000 square feet of restaurant space for local brands and national favorites that include Common Bond, The Rustic, Velvet Taco, Dish Society, Pinks Pizza and Fat Cat Creamery, as well as Peet’s Coffee, Jersey Mike’s, Wendy’s and Dunkin’. Each space will have its own distinct feel and offer most of the same dishes as the flagship locations. The Rustic’s outpost will even feature live musical performances. It will take approximately two years to complete construction in the massive space, but travelers will continue to have other options until completion.