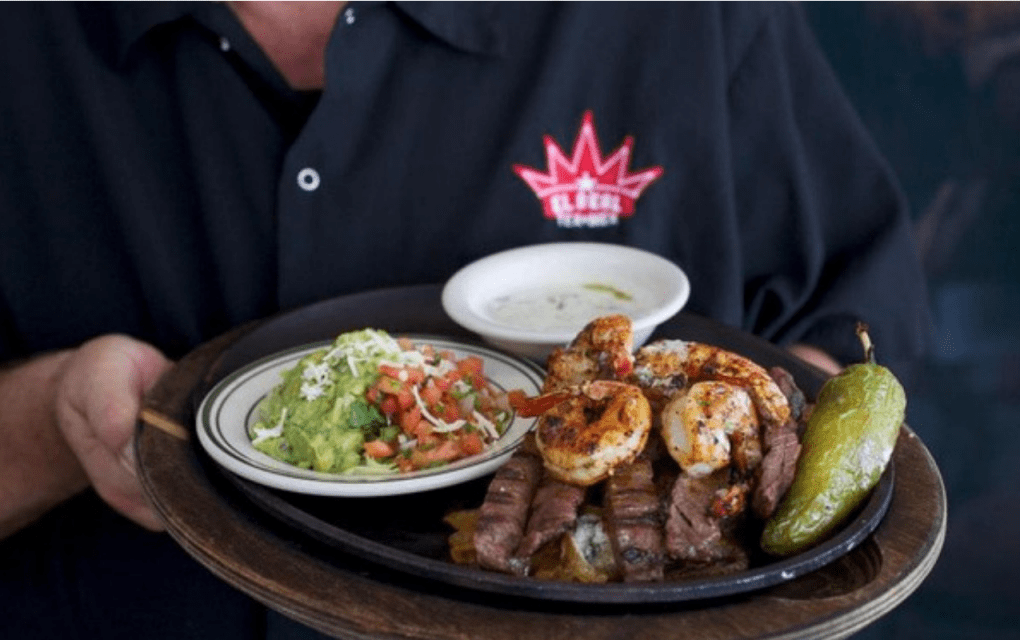 Chef and owner Bryan Caswell announced this morning that he has closed El Real Tex-Mex Cafe at 1201 Westheimer. The Montrose restaurant, located in the old Tower Theater with the striking, vertical sign, made quite a splash when it touched down in Houston five years ago. At the time, it was bolstered by a partnership of Caswell, former business partner Bill Floyd and food historian Robb Walsh. The El Real outpost at George Bush Houston Intercontinental Airport remains open.

Caswell and Floyd haven’t partnered on anything new in years (and it doesn’t sound like its an amicable relationship at the moment) and Walsh relocated first to Galveston, then to Ireland. Walsh was still making the long drive to be at El Real from Galveston, but obviously that became impossible after his international move. That said, Caswell says both partners were still part of the initial investment group.

Caswell revealed that there had been talks going on about bringing in “an Austin group” as a partner to sustain and preserve the restaurant. The decision to close El Real was made after that deal fell through. Caswell’s culinary and business focus is now on Reef, his recently reopened original restaurant that had to be closed for about two years thanks to damage sustained during Hurricane Harvey. Alison Cook, restaurant critic of the Houston Chronicle, just put the reincarnated Reef on her annual Top 100 Restaurants list.

Reef isn’t the only thing on Caswell’s mind, though. He is a dad who is going through an ugly divorce, says he won custody of his youngest child, and is a son of two parents currently struggling with personal health matters. “There is so much going on right now, and I have no time,” he said. “At the end of the day, why do all of this if you’re missing out on what really matters?”

Update, 10/28/19, 10:49 a.m.: Caswell’s wife, Jennifer, contacted Houston Food Finder with the following: “Bryan does NOT have custody. All that he has is TEMPORARY primary care due to my lawyer not showing up for almost two hours into the hearing… thus literally by default.” Because of the dispute about this stated point of fact, we have requested a copy of the relevant and most recent court document. A more former statement from Jennifer Caswell is below.

Although regaining some personal family time will be a boon, Caswell says he’s very upset about losing the kitchen staff, many of whom have been at El Real Tex-Mex since the beginning. “They’re just a great, great group of people. I love them to death. We talked about everything before we decided to announce the closing,” said Caswell. He says that he’s called several fellow restaurateurs to try and help his now-former employees secure new positions.

Update, 10/28/19, 11:17 a.m.: ABC13’s Miya Shay is onsite and reports that El Real Tex-Mex employees are currently onsite at the restaurant and saying that they have not received their final paychecks for their work last week. Houston Food Finder has contacted Caswell’s public relations representative for further information.

Update, 10/28/19, 1:37 p.m.: The employees then took the protest to Caswell’s other restaurant, Reef, and Shay also relocated there. Since then, she’s filed her official report at ABC13, which is available online. Shay reports that at least a dozen employees are complaining of late paychecks, and that Caswell says that all will be paid by the end of this week.

I was saddened to read of the closing of El Real and hope that Bryan Caswell honors his financial commitment to the restaurant staff who have been forced to protest with signs in front of El Real and Reef.  They are the backbone of any restaurant and deserve to be paid for their hard work.  I am also disappointed that Bryan felt it necessary to involve our minor child in his press release in hopes of deflecting attention to his own business failures; those failures including being sued by one of his former business partner for breach of fiduciary duty.   While the family court has not made any final rulings in our divorce (including any issues of custody), the place to litigate those matters are at the courthouse, not in the press.   Although I was wrongfully fired by Bryan months ago without cause, and had no role in the demise of El Real, I am hopeful that our wonderful staff, many of who I consider friends, are paid and that they can find other employment; they were honorable loyal employees who deserve better.

One of the aspects that El Real Tex-Mex was noted for is the upstairs museum. Much of the old menus, photographs and decor on display belongs to Walsh as well as local food blogger Jay Francis. Caswell says those items are being returned to them, while other portraits and memorabilia specifically related to “Mama” Ninfa Lorenzo and Felix Tijerina will go to surviving family members. Others who have inquiries about the closing are invited to send an email.

Even more so than the venue, El Real Tex-Mex is going to be missed for its reverent renditions of historic combination platters, housemade tortillas, margarita selection, fajitas that even stood up to those at the legendary Original Ninfa’s On Navigation and outstanding enchiladas — including the bacon enchilada which was only available during brunch. With Montrose real estate value being as inflated as it is, hopefully another restaurateur will see the beauty of the old Tower Theater and the value of preserving it for a new endeavor.