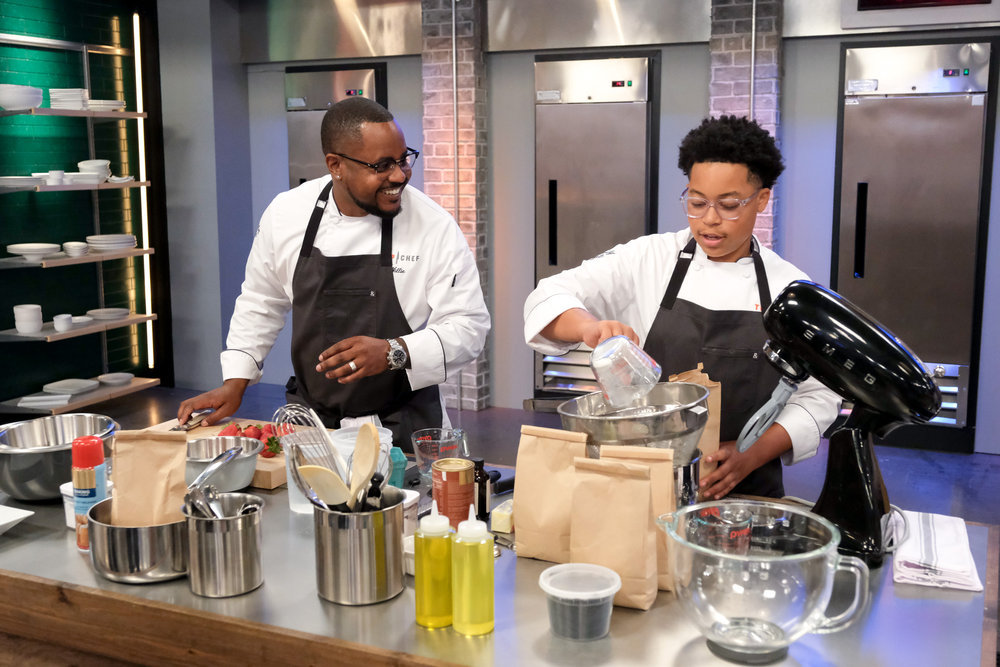 Houstonians can catch two of their own on “Top Chef: Family Style” with new episodes of the cooking competition dropping every Thursday for the next few weeks on NBCUniversal’s Peacock streaming network.

Missouri City residents Willie Blue and Khalil Blue are a father-son duo competing for the title of “Top Chef: Family Style” champion. While the show sounds familiar, it is a new spinoff of Bravo’s award-winning series, “Top Chef”. The difference is that “Top Chef: Family Style” focuses on 13 adolescent chefs from across the nation, all competing in a high-stakes culinary competition for $50,000. The judges are celebrity chef and restaurateur Marcus Samuelsson and Grammy-award winning musician Meghan Trainor.

When Willie Blue, a creative director for several Houston businesses, received the casting e-mail, he presented the opportunity to his son.

“I would always have family members telling me I needed to be on ‘Top Chef,’ said Khalil, a 14-year-old who has loved to cook for the past six years.

Originally from Detroit, the Blue family, along with other relatives, decided to make the move to Texas. Living in multicultural Houston helped Khalil get exposure to worldly cuisines, which helped develop his palette and gives him an edge in the competition.

“Experiencing new techniques and textures makes cooking more fun because you’re not stuck in just one box,” said Khalil. Meanwhile, his dad is still expanding his culinary knowledge. For him, it’s more about creating memories.

“While everyone competing on the show can cook — and cook well— I really enjoyed the bonding experience we got to have,” said Willie.

It was an intense experience for the Blues to go from watching “Top Chef” on television to actually cooking in the kitchen and being judged in front of a camera.

“All the challenges were amazing to be a part of,” said Khalil. “There’s nothing like the feeling of a finished product when the challenge ends. We appreciated the feedback from the judges whether it was praise or constructive criticism.”

Some of the dishes in Houston that inspire Khalil are raw and prepared oysters and catfish from local chain Floyd’s Cajun Seafood & Steaks, which has six locations in various towns just outside of Houston, including Beaumont, Pearland, and Cypress. His dad, however, is a big fan of Fu Lu Su, a Thai restaurant in Missouri City.

If they win the competition, Khalil plans to split the prize with his dad, purchase some kitchen equipment for the future, and has long-term plans of opening a food truck to feed the homeless population in his area. Whatever the future holds, this young chef’s heart certainly seems to be in the right place.