Houston Chefs Will Show Off Their Meatball Game This Weekend 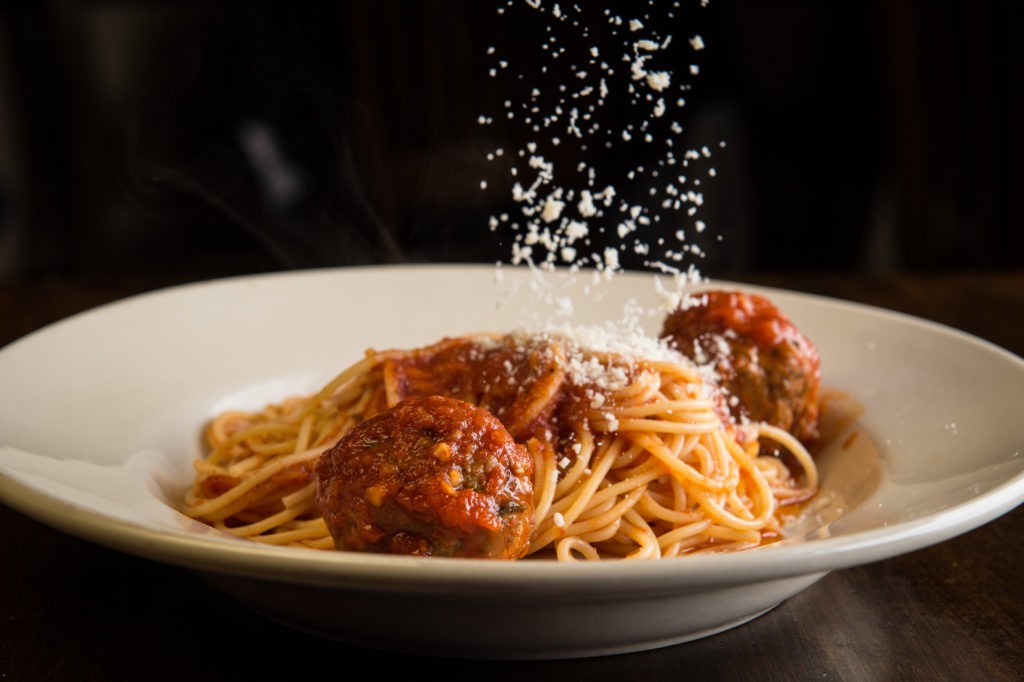 Spaghetti and meatballs at Damian's in downtown Houston.
Courtesy of Damian's

Spaghetti and meatballs go hand in hand, but this weekend the latter half of that culinary relationship will shine with its own meaty glory at the Meatball Brawl at Damian’s Cucina Italiana (3011 Smith Street).

Hosted by Johnny Mandola and Bubba Butera of Damian’s, the event will take place on Sunday, April 23 from 1 to 4 p.m. The competition pits 10 local restaurants against each other in a fight for the finest ‘balls in town. Categories available for bragging rights include Most Traditional, Most Creative, and People’s Choice. Tickets are $55 each (available on Eventbrite) and grant guests food and wine samples accompanied a DJ spinning Italian tunes.

Tickets will be available at the door but Mandola says space is limited, so it’s best to buy online to secure your space. Proceeds benefit The Texas Italian-American Sports Foundation in honor of the late Frankie Mandola.

“We searched for a variety of restaurants that either had popular meatballs on their menu or ones we knew would introduce some innovative meatball dishes,” says Mandola on how competitors were selected. “With this lineup of talented chefs, anyone can win and I know each will be gunning for a knockout.” Greg Morago with the Houston Chronicle, Alice Levitt with Houstonia Magazine, Tim Maloney with LOCAL Houston, Taylor Byrne-Dodge with My Table and Phaedra Cook with Houston Food Finder will serve as judges.

Some may remember the last (and first) time a version of this event took place back in 2008 when it took shape as an invitational hosted by My Table. Mandola says it was akin to a “typical Mandola family event” with wine and good food and wants guests to feel that same kinship during the showdown this weekend.

Houston Food Finder23 hours ago
🍾 Get a start on your holiday shopping with our list of "Holiday Wine Recommendations from Houston’s New Iron Sommelier "! ⁣