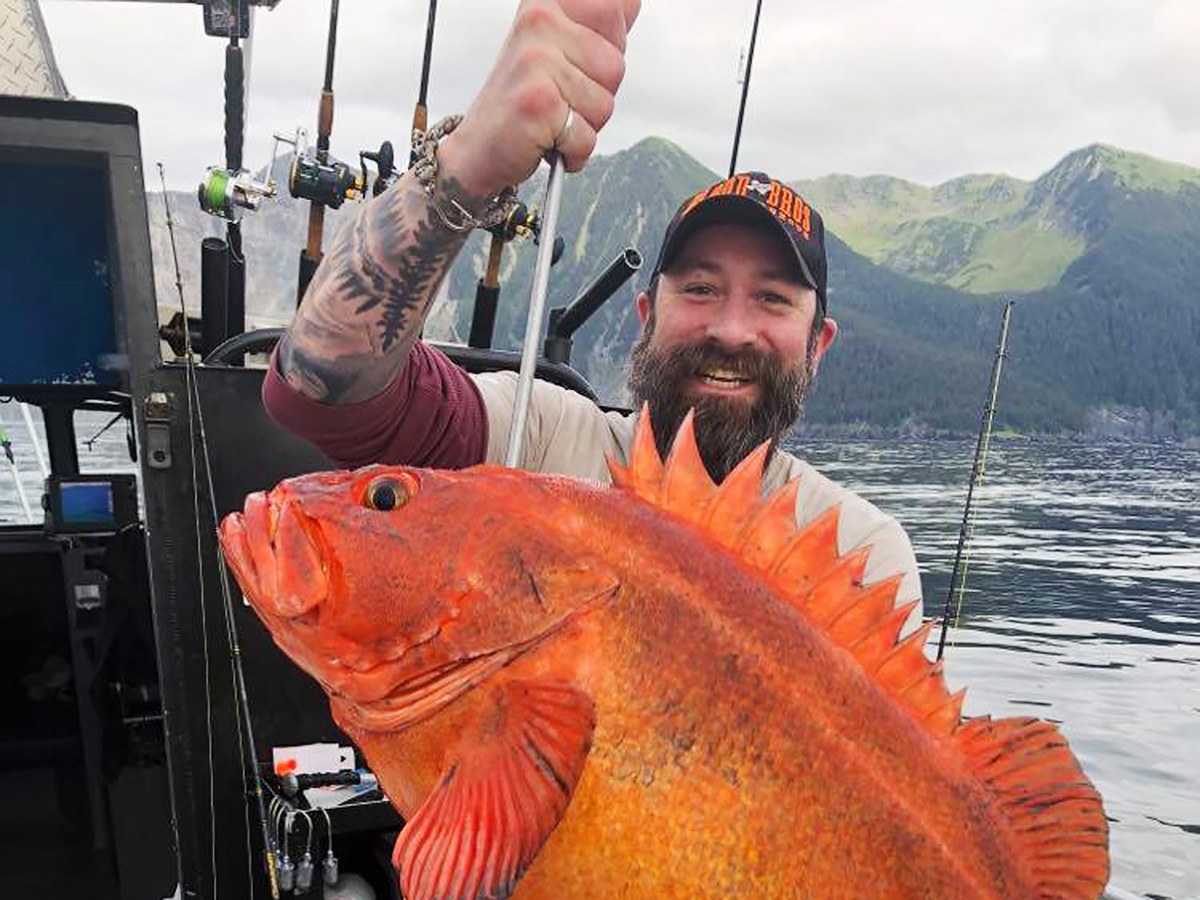 At this time of the year, Houston chef Mark Parmley (whose work has included El Big Bad and The Capitol at St. Germaine), would be preparing for leave for a summer of work at Anglers Lodge in Alaska. There, he’d work with a wealth of some of the best seafood in the world, including wild salmon and king crab — and he’d bring some of that wealth back to his hometown every fall. This year, though, his gig fell through. “Unfortunately, they wanted to go a different route this year. They did what they had to do for the business up there.” As the saying goes, though, one door closes and another one opens. Instead of heading to Alaska, Parmley is instead spending the summer as a chef at South Fork Lodge in Idaho. Late-night show host Jimmy Kimmel and fly fishing guide Oliver White purchased it in June 2020.

Parmley traveled to Los Angeles to personally interview for the gig with Kimmel. Undoubtedly, his years of experience preparing freshly caught fish and seafood at fishing lodges helped him land the job. There was another factor, too: a recommendation from James Beard Award-winning chef Chris Shepherd of Underbelly Hospitality. Shepherd appeared on Jimmy Kimmel Live in November 2019 to demonstrate his signature Korean Braised Goat and Dumplings, a recipe included in his Houston-focused cookbook, Cook Like a Local. Clearly, Shepherd and Kimmel hit it off well enough that the chef knew about the job and was able to recommend Parmley.

The timing could not have been more perfect for the interview opportunity. “The same day [the Alaska job fell through], Chris Shepherd called me to line me up with Jimmy and Adam Perry Lang here in Hollywood,” Parmley explained.

I appreciate finally meeting you and getting some time to talk about the future! Thank you for the opportunity senor and the lift home. @jimmykimmel

Shepherd’s public relations representative (and now, wife) Lindsey Brown says, “Jimmy Kimmel reached out to Chris to ask if he knew anyone that might be interested in being a chef for a fly fishing lodge in Idaho. Since Parmley has been doing something similar in Alaska, Chris connected him with Jimmy. And it looks like they hit it off!”

Located in east Idaho just south of Yellowstone State Park and only about a 35-minute drive from the Wyoming border, South Fork Lodge is marketed for its “world class fly fishing”. Some of the species that anglers can catch from adjacent Snake River include several types of trout, such as Yellowstone cutthroat, rainbow and brown. In addition to the onsite restaurant that Parmley will be working at — which serves not only fish on its menu, but also steaks, grilled pork and seasonal vegetables — other services and features include guided boat trips, a fully stocked fly fishing equipment shop, hosted overnight camping in the canyon and rooms ranging from cabins to The River House, which can accommodate eight. Three meals a day is included, as is an open bar (except for premium selections).

According to the website, those considering visiting from out of state will likely want to fly into the Idaho Falls Regional Airport, which is only 35 miles away, or Jackson, Wyoming. Shuttle service from either is available and flights to either airport typically connect through Salt Lake City or Denver.

All of this luxury comes for a price. A stay of three nights and two days costs $2,695 per person. It sounds like Kimmel is far from the only well-heeled fly-fishing fan that Parmley will be cooking for this year.