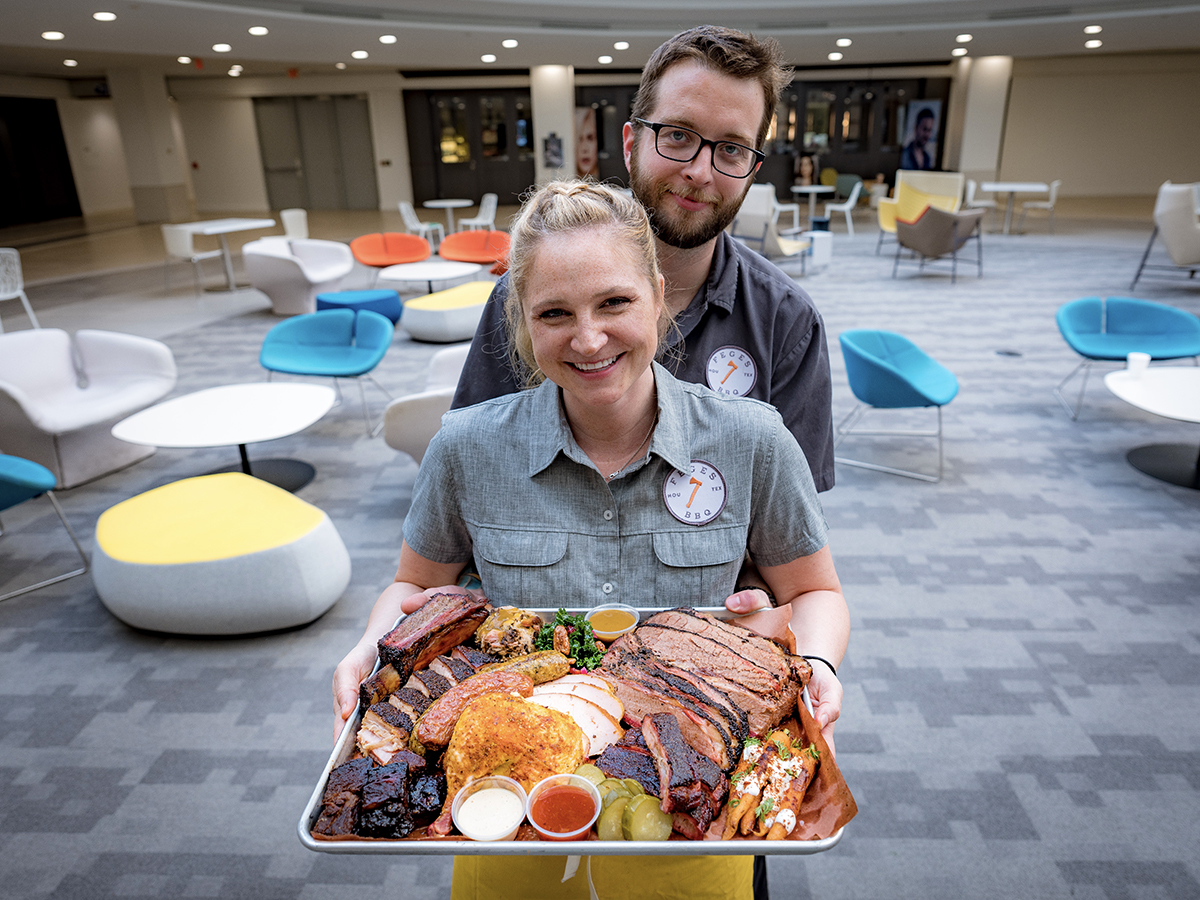 With bars in Harris County still closed after seven months and restaurants operating at 50% occupancy, it’s been a really hard time to be a worker in the hospitality industry. Jobs have disappeared, due to over 10,000 Texas restaurants permanently closing, and for those still open, sales are down 24% from the prior year. Popular Feges BBQ in 3 Greenway Plaza is about to ensure that some of these hard-hit industry workers can get a solid meal the first Monday of each month between 11 a.m. and 2 p.m.

According to Patrick Feges, who co-owns the barbecue stand along with his wife, chef Erin Feges, the meals, which also come with an iced tea or soda, are sponsored by a “friend of the industry who wants to remain anonymous.”

The donor has already been sponsoring free meals for veterans at Feges BBQ on Fridays. Patrick explained that they track the value of the free meals, and then the sponsor reimburses them. “He approached us about also doing an industry day. He reached out because it helps us out, too. For him, it’s a one-two punch: he can help out a restaurant and restaurant people. Times are tough. People aren’t making as much money or they’re out of work.” That said, Patrick noted that it’s not a requirement to be unemployed to claim the free meal. Employed service industry workers are welcome, too.

As recently noted in our article about Greenway Coffee temporarily closing, all of the food and drink purveyors in what’s been called “Houston’s best office food court” have been severely impacted by the fact that many Greenway Plaza employees currently work remotely from home. Fewer people showing up to offices means little business for establishments in the food court.

The first Industry Eats Free Day at Feges BBQ is Monday, February 1. It will recur the first Monday of every month until the pandemic is over, according to Patrick. The offer is good for barbecue plates with sides, sandwiches and vegetarian meals comprised of three sides. It is not valid on meats sold by the pound. Currently, Patrick estimates that Feges BBQ is prepared to serve 30 to 50 of the free industry meals. However, he says they’re planning to cook extra and always plenty of additional pulled pork and chopped brisket, which is normally sold to wholesale clients.

Visitors can park in the underground 3 Greenway Plaza garage, which is easily accessible from the Highway 59 feeder heading north; the entrance is just past Lakewood Church. It’s free, provided they remember to ask Feges BBQ for validation when they check out.