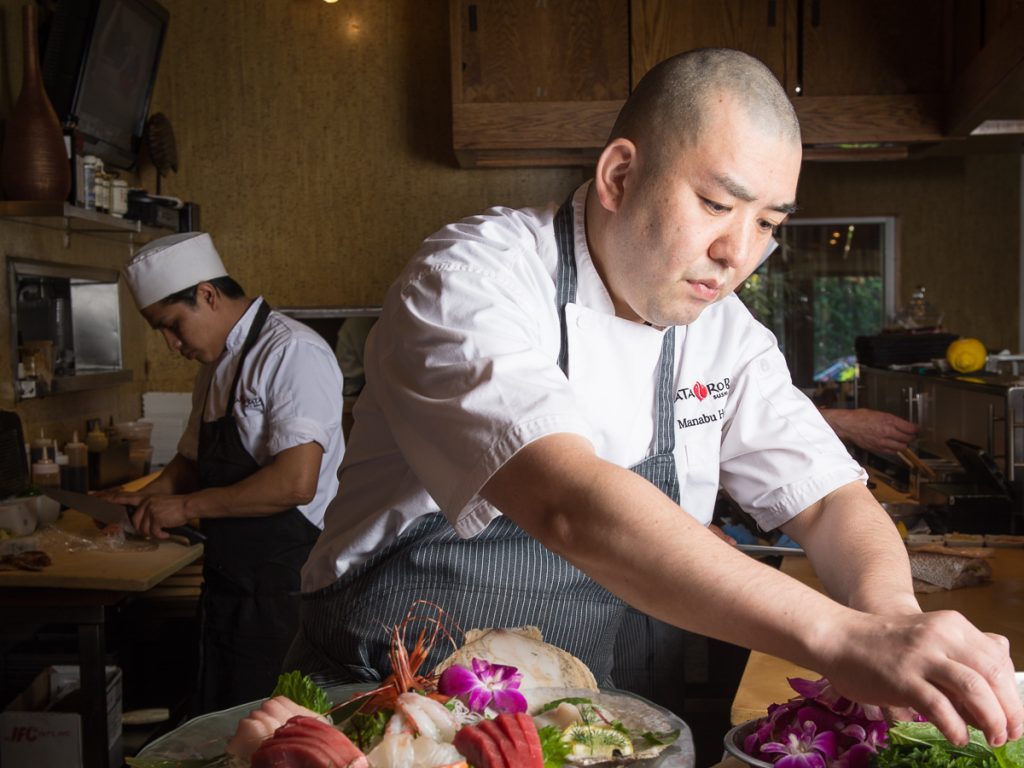 Today, the James Beard Foundation announced the semifinalists for its 2020 Restaurant and Chef Awards. It seems that Houston’s culinary professionals reaped the benefits of Texas being named its own region for the James Beard Foundation Awards. This is the first time the Lone Star State and California are standalone regions for award consideration.

The impact of the change is apparent in the Best Chef: Texas category. Now no longer forced to compete with chefs in Colorado, Arizona, New Mexico, Utah and Oklahoma, there are more overall semifinalist spots for Houston professionals. The Houston nominees in the category are Dawn Burrell of Kulture, Manabu Horiuchi of Kata Robata, Anita Jaisinghani of Pondicheri, Trong Nguyen, Crawfish & Noodles and Jason Vaughan of Nancy’s Hustle.

Surprisingly, one of the Best New Restaurant nominees is a food hall stand. Chef Christine Ha’s The Blind Goat, located in Bravery Chef Hall, scored that honor, as did — less surprisingly — Squable in the Heights, which is overseen by James Beard Award-winning chef Justin Yu’s protégés Mark Clayton and Drew Gimma, who worked with him at Oxheart (now Theodore Rex) as well as Bobby Heugel’s longtime right-hand man Terry Williams, previously of Anvil Bar & Refuge, which has been nominated again in the Outstanding Bar Program category.

Yu himself didn’t get left out, earning a national-level Outstanding Chef nod for his work at Theodore Rex. The James Beard Foundation defines the category as “A chef who sets high culinary standards and who has served as a positive example for other food professionals. Must have been working as a chef for the past five years.”

Theodore Rex earned a second in-house nod. Kaitlin Steets is a semifinalist in the Rising Star Chef of the Year category. According to the James Beard Foundation, those eligible must be 30 or under and someone who “displays exceptional talent, character, and leadership ability, and who is likely to make a significant impact in years to come.”

Another James Beard Award-winning Houston chef has reason to be proud this morning. Hugo’s, operated by Hugo Ortega and wife Tracy Vaught — who is once again a James Beard Award Outstanding Restaurateur semifinalist  — is recognized in the national Outstanding Service category. Vaught’s nod is also in recognition of her guidance and management of other H Town Restaurant Group restaurants: Caracol, Xochi and Backstreet Cafe.

The Original Ninfa’s on Navigation is making a repeat appearance in the Outstanding Restaurant category. This is another national-level nod, and it’s one of the the biggest and most important categories, one in which Houston has grown in recognition. Owner Legacy Restaurants, under restaurateur Niel Morgan, recently added a second location in Uptown Park.

A sole Houston restaurant, a newcomer, landed a semifinalist position in the Outstanding Wine Program category: Rosie Cannonball. Credit is due to an ownership team that includes Master Sommeliers David Keck and June Rodil. Since opening, many industry pundits have heaped acclaim upon the restaurant’s quality and service. It was Houston Food Finder’s number-two pick for The Best New Restaurants of 2019, only a hot step behind our top pick, fellow James Beard Award-semifinalist Squable.

This year, Houston had no semifinalists in the Outstanding Pastry Chef category. That doesn’t mean the city has none. As exemplified at our recent Sweets For The Sweets event, the city is rife with pastry chef talent. National recognition keys off local journalism, and the lack of Houston nominees should be considered a wake-up call for local publications — including this one — to start paying closer attention to that profession.

The finalists for the 2020 James Beard Foundation awards are being announced during a live press conference in Philadelphia at 8 a.m Central Time (9 a.m. Eastern) on Wednesday, March 25, 2020. Keep up with the announcements anywhere there’s Internet access via live streaming on the James Beard Foundation’s website and social media accounts. The James Beard Awards ceremony and gala is on Monday, May 4, and, as has been the case for the past few years, is at the Lyric Opera of Chicago. General admission tickets are $500 each and available online.

That said, based on the disappointing finalist announcements last year, Houstonians might want to sit on their wallets until the nominees are revealed on March 25.

Houston Food Finder5 minutes ago
ICYMI: Nosh with nature — sort of! These restaurant patios in the Heights offer guests welcoming outdoor spaces fit for occasions of all kinds.

Looking for a Houston Heights patio where you can enjoy a beer and burger or wine and pasta as the sun sets over tree-lined streets? We've got you covered.
View on Facebook

Houston Food Finder with Della Casa Pasta.4 hours ago
Texas Chefs, Restaurant Owners and Caterers, this is for you! Request your free tasting kit from Della Casa Pasta, made fresh and locally in Tomball, Texas — and now celebrating its 10th anniversary! Dozens of shapes and multiple flavors are available, all made only with all-natural ingredients. Choose from our catalog, or take advantage of our custom pasta and ravioli services! If you dream it, we will make it in our commercial kitchen. Visit this webpage to view our printable catalog and click Order Now to request your free tasting kit. Offer good ONLY for qualified wholesale buyers. https://www.dellacasapasta.com/wholesale/

Houston Food Finder4 days ago
When you need both fresh air and a good meal, head to The Heights for plenty of patios well-suited for al fresco dining. Staci Davis and David Leftwich share this list that covers must-try outdoor locales, from the casual and lively to the intimate and elevated. Full details below!

Houston Food Finder5 days ago
Iconic steakhouse The Palm has relocated from its former home on Westheimer. Lauren Bebeau brings us the details below.
#thepalm #houstonsteakhouse #houstonfood

The Palm, which resided off of Westheimer for decades, has taken up residence in a new-and-improved downtown space.
2    View on Facebook

Houston Food Finder with YELO.6 days ago
Basil Salt-and-Pepper Fried Chicken is back at YELO! The tasty birds are juicy, crispy and seasoned with an alluring blend of 13 spices, Thai basil and fresh jalapeños, then finished with your choice of house curry, sweet chili or ginger-plum habanero sauce. Choose Jumbo Wings: 6, 10 and 18; or a 10-piece Bucket. Available all day Sundays and Mondays for dine-in and to-go! Pre-orders are encouraged and can be placed online via the link below beginning on Thursdays (the current pre-order link goes live 10/14). https://www.toasttab.com/yelo/v3/?fbclid=IwAR2y-QAd-Fh4wzfuvjm61RJB5gb2JWkO6_OdqptyyDtGuo6ysSnL-FIFLgM