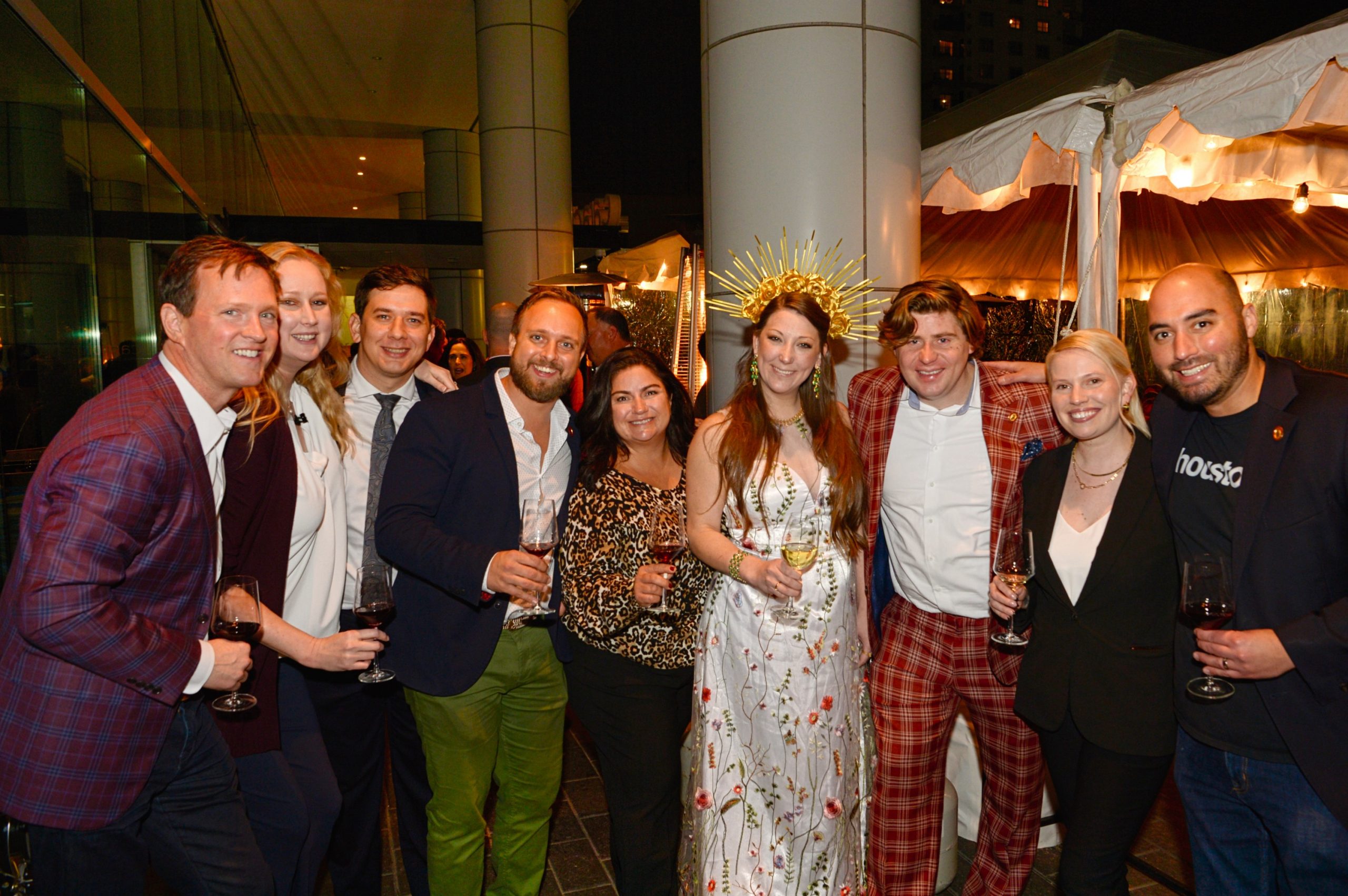 Competing sommeliers at The Periwinkle Foundation's Iron Sommelier in 2021. Photo by Eric Forsythe.

Iron Sommelier, Houston’s premier sommelier and wine-tasting competition returned last night, November 4 2021, for its 10th year. Benefitting The Periwinkle Foundation, this event sees Houston’s top sommeliers battle it out for the title of Iron Sommelier. The Periwinkle Foundation benefits children and families battling cancer with support in the form of camps, an Arts in Medicine program at Texas Children’s Cancer and Hematology Center and in a Long Term Survivor program.

Due to COVID-19 persisting through 2021, this was a partially-virtual event. (We’re hoping that 2022 will mark the return of the in-person gala.) Underwriters of the event witnessed live presentations with interactions with the competing sommeliers at Caracol, while individual guests picked up their meals and wine kits from Backstreet Cafe at 1103 South Shepherd. Included in this kit was a three-course meal with dessert, 12 wine samples, a Merlot cocktail and a snifter of bourbon. This year, the in-person judging was held at Caracol on 2200 Post Oak Blvd for underwriters and sponsors only, while presentations for individual guests were hosted on Zoom. Updated, 11/6/2021, 12:45p.m.

The evening’s events began for Zoom viewers when the online “doors” opened at 7:30pm. The sommelier presentations began shortly after hosts Marcus Gausepohl and Frank Bullington introduced the event. Sean Beck, who spearheads the event every year and is also beverage director for H Town Restaurant Group, which owns Backstreet Cafe and Caracol, appeared throughout the evening on Zoom. The judges were Master Sommelier Craig Collins of Vintus, Antonio Gianola of Houston Wine Merchants and Liz Palmer of Texas Wine School/AOC. The event also included a charity auction, children’s art sale, and a wine pull event offering a choice from over 100 bottles of wine for a $50 donation to the Periwinkle Foundation.

The competitors for Iron Sommelier each presented roughly two- to five-minute presentations on their wine themes. This year’s topics ranged from Robert Waltrip of The Club at Carlton Woods’ “Native Sons: Autochthonous Grapes are Rooted in History” to Elyse Wilson of Camerata at Paulie’s “Midsummer in Michigan.”

As has become tradition, the competitors represent a pool of top sommelier talent. Evan Turner, named Iron Sommelier in 2020, featured that year some of his favorite Greek wines and runner-up Julie Dalton’s theme that year was ‘I See the Sea.’

Andres Blanco of Le Jardinier took second runner up for his presentation on “Le Jardin de La France” — Undiscovered Treasures of the Loire Valley.” He paired his presentation with a bottle of Sancerre Rose, Lucien Crochet 2020.

This year’s first runner up in the Iron Sommelier competition was Austin Farina of March for his presentation on “Learning from the Past: Old Vines in the Age of Climate Change.” Farina spoke about Bedrock Wine Co. in Sonoma, California and its focus on old-vine Zinfandel. Farina also took the award for People’s Choice, voted on by online guests via a QR code on the wine sheet.

The true star of the evening, however, was 2021 Iron Sommelier champion Justin Vann of Nancy’s Hustle. His presentation “Italian White Wine: Drink it (with your mouth!)” centered on a bottle of Guido Marsella Fiani D’Avellino 2018. “This is a tough subject for me because I feel like I’ve chosen a lot of weird subjects in the past, and this is one that I’m very passionate about. It doesn’t have a fun hook or anything like that. This is just ‘Italian wines that are very good, put them right here [in your mouth]!” says Vann of his presentation topic. He focused on the misconception that Italian white wines are very similar and dispelled this by highlighting some favorites. He spoke of the Fiano grape, which in its lightest and most refreshing forms can seem like Pinot Grigio. “Fiano Marsella, I think, is one of the benchmark producers of this style,” he said.

Though overall the event kept up a solid pace and offered informative insights into the world of wine, there were some technical issues affecting the sound quality that at one point caused a presenter to have to repeat his presentation. The finale to the evening was a video detailing the efforts of the Periwinkle Foundation. However, with no sound, the audience didn’t hear much of the information.

Emotions were running high throughout the event as some sommeliers became impassioned on such subjects as the existence of “natural” wine. At several points, for sheer entertainment value, hosts Marcus and Frank broke out the hand puppets.

An evening filled with levity and entertaining education, the 2021 Iron Sommelier competition highlighted wine’s intricacies and deep regional individualities. From the grapes to the growing technique, even the most minute details can alter a wine’s flavor. Ultimately, the event raised over $390,000 for The Periwinkle Foundation’s Arts, Camps and Survivor programs.