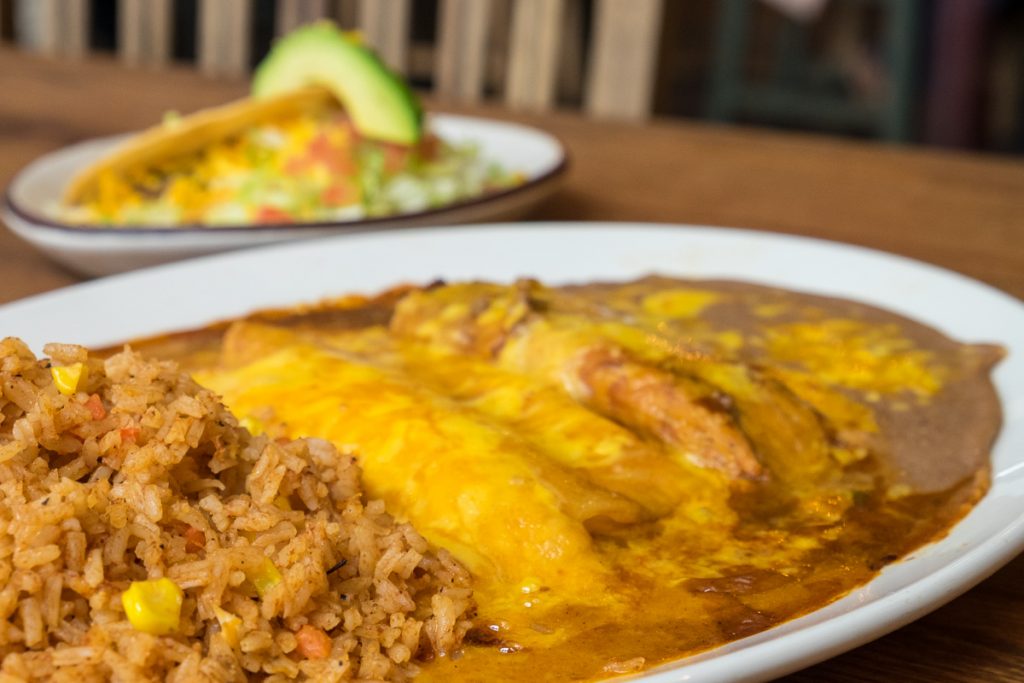 On Tuesday, November 8, Heights residents — and those passing through — can enjoy a new location of Goode Co. Kitchen & Cantina at 1801 Yale, which was formerly home to Down House. It features Goode Company’s unique approach to Tex-Mex and joins locations in the Memorial and Woodlands areas.

Owner Levi Goode created the menu to honor his grandmother Emma Longoria Goode, who immigrated from Mexico. He credits her as a leader in defining Tex-Mex cuisine, making dishes with ingredients found on both sides of the Rio Grande.

“My goal for Kitchen & Cantina was to create a menu that reflects my family’s culinary heritage and our traditional Texas lifestyle, combining rustic ranch cooking, fresh Gulf seafood and homespun Mexican dishes that are such an integral part of our personal history and memories,” said Goode via a press release. “We want our guests to feel like they are pulling up a seat at our family’s table.”

Goode Co. Kitchen & Cantina’s dishes include components made onsite, such as tortillas and salsas. In the mornings, tomatoes and chiles are roasted, and juices are squeezed for the day’s cocktails. The central Goode Company butchery grinds meat for sausages and hand-trims cuts destined for marinades or dry rubs before being grilled over mesquite.

Entrées include many Tex-Mex favorites: tacos, tamales, enchiladas, fajitas and combination platters for those who can’t decide. Enchilada fillings include cheese, chicken, chicken verde and beef, while tacos are available with beef picadillo, chicken, fish and shrimp. Pork carnitas, which take Goode Company three days to marinade, braise and sear to a satisfying crispiness, are available in tacos, atop nachos or as an entrée.

Mesquite-grilled entrées inspired by the vaquero and cowboy cultures of South Texas and Northern Mexico include tampiqueña (grilled carne asada steak), farm-raised Texas redfish on the half shell, farm-raised Texas quail and jumbo Laguna Madre Shrimp caught wild in the Gulf and stuffed with cheese and jalapeños. These entrées are served with a la charra beans, handmade tortilla and an empanada.

To finish a meal of classic dishes, you need classic desserts, and Goode Co. is offering many favorites, including Goode Company’s popular Brazos Bottom Pecan Pie, tres leches, churros and sopapillas with honey. For a creative take on a classic, try the Tex-Mex Sundae, which features two scoops of Blue Bell vanilla ice cream, cajeta and candied pecans.

Of course, no Tex-Mex restaurant would be complete without margaritas. Goode Co. Cantina offers variations beyond “on the rocks,” “frozen” or “with salt.” These include  Roasted Poblano Margarita with mezcal, lime, and ancho verde and orange liqueurs; Strawberry Habanero Margarita with tequila, strawberry, lime habanero bitters, ancho verde and orange liqueurs; and Cadillac El Dorado Margarita prepared tableside with Goode Co.’s selected single-barrel reposado and añejo tequilas, lime and Grand Marnier. Additionally, there are tequila and mezcal flights, micheladas, Mexican beers and a judicious wine selection.

Guests will find that the former Down House space has been significantly remodeled to fit the new concept. Handmade, punched-tin light fixtures and Mexican pendant lights have been installed, and wood, farm-style chairs provide seating at reclaimed wood tables edged in steel. To adorn the white, exposed-brick walls, the Goode family pulled Texana and Mexicana pieces from their personal art collection.

In a sign that the Goodes understand the neighborhood, on Fridays and Saturdays when there is a concert at the Heights Theater, the restaurant will stay open until midnight.